January 13, 2020
Please make sure these dispatches reach as many readers as possible. Share with kin, friends and workmates and ask them to do likewise.

Ironically, despite the cynicism and horrors committed by the Israeli establishment, the Israeli press is often far more honest and professional than its US/British counterparts. Why? We’ll have to wait for another analysis. 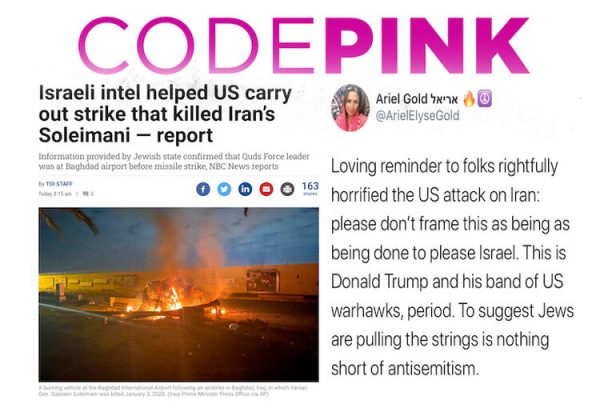 Ariel Gold is the national co-director of CODEPINK, an American female “grassroots peace and social justice movement” that claims to work “to end U.S.-funded wars and occupations.” Ariel claims to support the Palestinians and oppose Israel. She has published articles in Jewish progressive outlets such as the Forward, Tikkun Magazine and Mondoweiss.

On January 3rd, just a few hours after the world became aware of the assassination of Iranian General Qasem Soleimani by an American drone attack, Ariel, the so called ‘Jewish dissenter’, rushed to post the following tweet:

“Loving reminder to folks rightfully horrified [by] the US attack on Iran: please don’t frame this as being done to please Israel. This is Donald Trump and his band of US war hawks, period. To suggest Jews are pulling the strings is nothing short of antisemitism.”

The Jewish progressive activist basically insisted that any such criticism of Israel was ‘antisemitism.’ She was also naive to prematurely vindicate the Jewish State of involvement in the unlawful assassination: a crime that may lead to unpredictable and lethal consequences in the near future.

Today’s news reports that Israel was deeply involved in the targeted assassination of the Iranian general. The Times of Israel ‘s headline this morning reads:

Amongst my sins is the argument I have made for almost two decades: for the solidarity and peace movements to be genuine, functional and effective they must be emancipated from the grip of the so called Jewish progressives. As things stand at the moment, solidarity with the oppressed is restricted by the sensitivities of the oppressor.

(Republished on Unz Review by permission of author or representative) 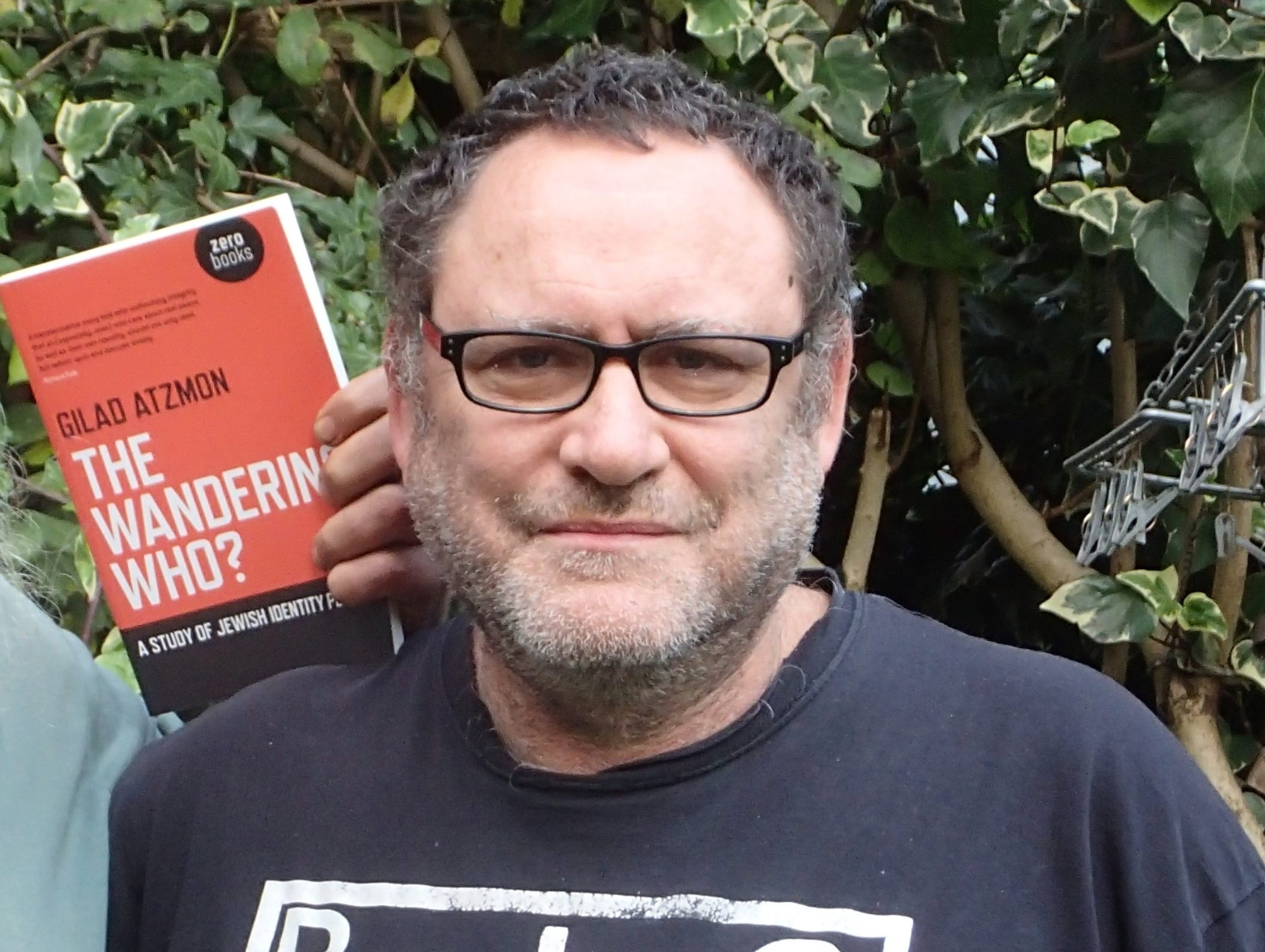 Born in Tel Avid in 1963 to a secular Jewish family,  Gilad Atzmon is a British jazz saxophonist, novelist, political activist, and writer.   Atzmon has written novels, journalistic pieces for such publications as the Unz Review (where he has a regular column), CounterPunch,[7] Uruknet,[8] The Palestine Telegraph,[9]and polemical works on Jewish identity. His criticisms of Zionism, Jewish identity, and Judaism, as well as his controversial views on Holocaust denial and Jewish history, have led to allegations of antisemitism and racism[10][11] from both Zionists and some leading anti-Zionists.[12]
Now be sure to share this article with friends, kin and workmates! Fighting the empire starts when you neutralise its shameless lies.
THINK!

When Iran keeps blaming itself – how can there be a Ukraine Air cover-up?

Trillions of Dollars in U.S. Military Spending Are Unaccounted-For