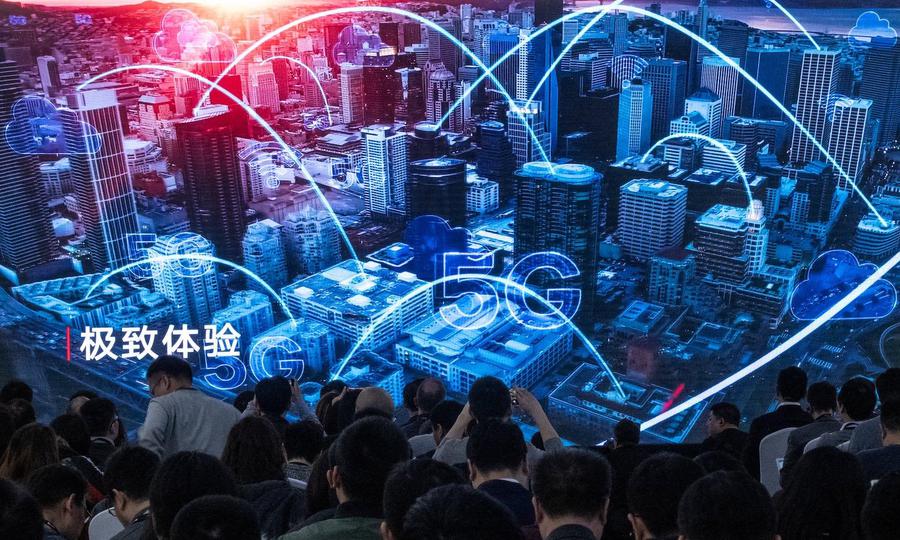 Excerpts
[dropcap]H[/dropcap]uawei launched a promotional 5G trailer for the media last year and now the ultra-fast networks are being rolled out across China. Photo: AFP / Fred Defour

Tech-tock … tech-tock. The countdown has started for the Ministry of Science and Technology to compile its wish-list for China’s next five-year blueprint.

Major “industrial players” will be asked for their input before the S&T drafts its 14th Five-Year Plan from 2021 to 2025. They will include Alibaba, Tencent and Baidu, or the BAT grouping, along with Huawei and ZTS, as well as a host of state-owned enterprises.

Every department of President Xi Jinping’s administration will go through this procedure in the next few months to highlight key areas, or sectors, worthy of government investment.

High-tech will be at the front of the queue. In November, a 147.2 billion yuan, or US$21 billion, mega-fund was rolled out to upgrade the manufacturing industry as part of an estimated $110 billion research and development budget.

Yet those numbers will be dwarfed by the spending figures for the next five-year plan as China goes head-to-head with the United States for future tech supremacy.

“In 2020, science and technology relations will reach another critical point,” Li Zheng, of the China Institutes of Contemporary International Relations in Beijing, said earlier this month. “In recent years, the contradictions and differences between the two countries in this field have risen significantly.

“The United States regards the rise of Chinese technology as a threat and is setting obstacles to the free flow of technology, data, capital, markets and talent between the two countries through legislation and executive orders [from US President Donald Trump],” he added.

Read: China and US in trillion-dollar tech war

“Some scholars worry that China and the United States may decouple in the technology arena in the next 10 years. The technology industry chain of the two sides will be broken, and replaced by incompatible technology standards, products and services,” Li wrote on China-US Focus, an academic website.

But then, science and technology will be the “critical battlefield in” this “great power competition,” according to Trivium, a policy research site in Beijing, specializing in China’s political and economic landscape.

For the S&T, six industries have been earmarked, including energy, IT, manufacturing and biopharma.

“All technologies should service national strategies, including competitiveness in core technologies and national security,” Trivium pointed out. “[But] forecasting which future technologies will be most important in a given sector is no easy task.

“This is one way for the government to get industry insight and know-how, while also offering various stakeholders a chance to lobby industry regulators,” it added.

Again, this is an integral part of Beijing’s policy as it “tools up” for a new Cold War with Washington. At the heart of the dispute will be future technology.

Fear of the future! Yes, the biggest threat to us all is USA (and Israel). If the rest of the world pick up some courage and insight, they will see that a BDS against these two countries will have significant benefits for the rest of us. Just imagine the US war machine being brought to halt, and how that will have a positive effect on millions upon millions of people.
After all, war crimes are war crimes, and corruption is corruption, even when no other nations are willing to bring charges.