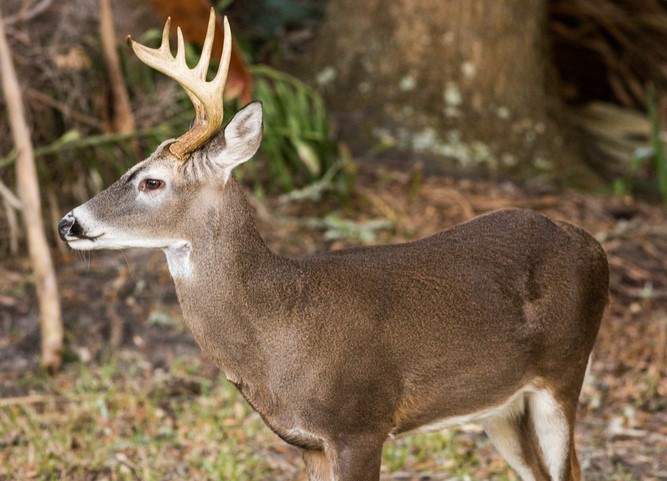 A deer roams freely in a residential garden on Fripp Island, SC.

[dropcap]T[/dropcap]he charges filed today are an important outcome and they set a precedent for future cases of wildlife abuse. Photo by Richard Ellis/For the HSUS

In November, Americans were stunned by a viral video that showed two teenagers kicking and stomping an injured white tail deer they had just shot. In the 30-second clip, Alex Smith, 18, and his companion could be seen laughing and ripping off one of the deer’s antlers as the injured animal tried to get away.

Smith, who was arraigned and released on a $50,000 bail, is reportedly the stepson of the Brookville, Pennsylvania, chief of police who said he was sickened when he saw the video.

The agency posted the following on its social media channels on Sunday: “The Pennsylvania Game Commission is aware of the video. #evil #scum #animaljustice #justice #animallovers pic.twitter.com/0bKah1NOf8

A second clip shows the deer being held down by its antlers while one man kicks his face and the other stands on the animal's neck.

#Brookville, #Pennsylvania 2 young boys from Brookville pa high school found wounded deer. Laughing at it, they torture the deer to death Crushing, kicking and stomping the deer. We need that all the country's govs change their laws and punish criminals regardless of their ages. pic.twitter.com/tNC8rYeIrC

Libre’s Law, an animal cruelty statute that passed in 2017, provides felony level penalties for senseless acts of cruelty against animals, and this was certainly the kind of case for which it is suited. The video was so shocking that it inspired calls for action to charge these men from a host of federal and state lawmakers, including U.S. Sen. Pat Toomey, Pennsylvania Gov. Tom Wolf, and state Reps. Todd Stephens and Ryan Bizzarro, among others.

The charges filed today are an important outcome and they set a precedent for future cases of wildlife abuse. Before Libre’s Law went into effect, animal cruelty was largely a summary offense in Pennsylvania, and offenders received penalties that were the legal equivalent of a traffic violation. Even egregious acts of cruelty were not given penalties that matched the severity of the crime. Now, under Libre’s Law, aggravated cruelty is a felony. And although the law was inspired by and named after a puppy mill dog, Libre, it covers not just companion animals but all animals, including wildlife.

This case also highlights the importance for each one of us to be vigilant and report animal cruelty when we see it happening, so those who cause such intense animal suffering do not have a chance to repeat it. We are grateful to everyone who made their voices heard in this case. An online petition calling for criminal charges to be filed in this case received 700,000 signatures, showing just how outraged Americans were by the teens’ actions. We are also grateful to the Pennsylvania Game Commission and Jefferson County District Attorney Jeff Burkett for recognizing the seriousness of this crime and for addressing it as such.

Pennsylvania state Rep. Tony DeLuca is expected to soon introduce a bill which would allow the Pennsylvania Game Commission to deny hunting licenses for those convicted of severe animal abuse. That too will reinforce the Keystone State’s commitment to a measure of justice in the case of animals who suffer and die in the manner that this poor creature did. 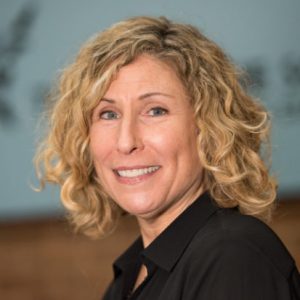 Kitty Block is President and CEO of the Humane Society of the United States and CEO of Humane Society International, the international affiliate of the HSUS.  Block, an attorney, has devoted more than a quarter century to protecting animals. She joined the HSUS in 1992 as a legal investigator and was instrumental in bringing cruelties such as horse slaughter and the killing of dogs and cats for their fur in China to light. Her efforts led to major policy reforms, including European Union and U.S. bans on imports of dog and cat fur, and bans on slaughtering horses for human consumption.