January 20, 2020
Please make sure these dispatches reach as many readers as possible. Share with kin, friends and workmates and ask them to do likewise. 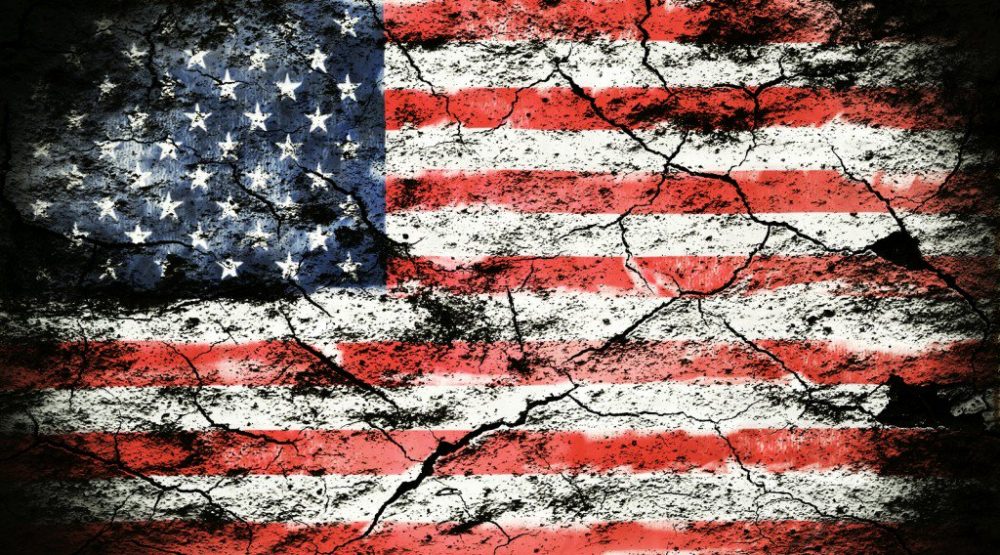 “The hits just keep on coming, if you’ll pardon the expression,” said Legalienate’s Frank Scott in the wake of the U.S. assassination of Iran’s Major General Qassem Soleimani, an enemy of ISIS who was deeply beloved in Iran for having protected the country against foreign aggression for decades. Scott, self-appointed U.S. foreign policy czar since last February, called the assassination “boldly prudent,” explaining that murdering leaders who resist Washington’s democratic invasions and defensive assaults are a form of “tough love,” and the very essence of self-defense. “If I bomb your neighborhood and kill your family to save it from evildoers, and then you haul off and attack me without provocation, I have every reason to kill you,” said Scott. “That’s only reasonable.”

“Absolutely,” added Legalienate co-editor Michael Smith, who declared himself co-president of the United States in 2019, after a bitter sequence of American policy disasters had reduced the country to a failed state.

“We can’t think of a better way to celebrate Martin Luther King Day than by applauding drone assassinations of foreign leaders,” said Smith. “We’re well on the way to achieving the politics of love that Dr. King dreamed of.”

Legalienate fact-checkers have confirmed that Soleimani’s evil nature can scarcely be overestimated. As commander of Iran’s Quds force, he fiendishly plotted attacks on American soldiers heroically defending Iraq by killing and maiming hundreds of thousands of Iraqis during an inexplicably prolonged liberation of their country.

“He was pure evil,” said U.S. Secretary of State Mike Pompeo with customary Christian charity, “and we saved the Iraqi people from an imminent wave of anti-U.S. attacks.” A grateful Iraqi parliament promptly voted to expel all U.S. troops from the country.

“Remember to vote Democrat because we hate everything Trump stands for except the results!”
Meanwhile, back in Washington, President Trump explained his drone kill with the detached thoughtfulness that has become his trademark. “Everyone knows getting rid of ‘bad hombres’ prevents war, and nobody does it better than me,” he said. Quickly backing up the president, White House press secretary Stephanie Grisham pointed out that throughout history “peace has been the result” when deeply beloved military figures were assassinated by hostile powers. Legalienate’s editorial board concurs in this sage judgment. Who can doubt, for example, that if Chairman Mao had assassinated General MacArthur at the height of the Korean War, the prospects for world peace would have been greatly enhanced? Surely no thinking person.

The anti-Trump resistance reacted critically to the Soleimani assassination. “Killing an evil adversary is a fabulous victory for the United States, though we deplore violence,” said New York Senator Shuck (and Jive) Chumer. “But why weren’t we given advance notice so we could claim some of the glory?” Chumer concluded his remarks with an appeal for electoral support in November: “Remember to vote Democrat because we hate everything Trump stands for except the results!” 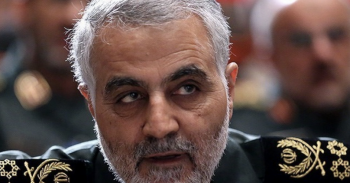 Pentagon officials expressed amazement that President Trump actually carried out the assassination of Soleimani, merely because they had listed it on the menu of options. “What kind of nutcase would go to a restaurant thinking he could order something just because it appeared on the menu?” asked Major Spin, an assistant secretary of public relations at the Pentagon. Legalienate’s Michael Smith, self-proclaimed democratic emperor of U.S. domestic affairs since last year, was equally aghast at such irrational thinking: “Who could have predicted that a thin-skinned narcissist who lives for taking revenge would do such a thing?” Again, surely no reasoning person.

On an encouraging note, the fiercely independent corporate media, fighting courageously to preserve its claim to being an adversary of state power, enthusiastically endorsed Trump’s justification for the assassination. “No one disputes Soleimani’s blood-drenched legacy,” opined the Los Angeles Times, properly drawing attention to that long line of celebrated generals who won wars without shedding blood. American generals have been especially tender, what with the pacifist Indian wars, General Sherman’s peace march to the sea during the Civil War, the bloodless trench warfare in World War I, and the virtually Gandhian atomization of Hiroshima and Nagasaki at the end of World War II, to say nothing of the Christ-like firebombings of Hamburg, Dresden, and Tokyo.

So the obvious question raised in relation to the Soleimani assassination is not, “Was it right?”, but “Does it make America great again?”, which is, after all, President Trump’s governing mandate.

So let us count the ways our Iran policy has been great. Were we not great in 1953 when we overthrew Iranian democracy to prevent Iranian maniacs from seizing control of American oil inside Iran? Were we not great in backing the Shah for 26 years as he enacted tough love policies that crackpots at Amnesty International  mysteriously characterized as “beyond belief,” finally ending in an anti-Washington revolution thanks to the ingratitude of the Iranian people? Were we not great when we encouraged Saddam Hussein to defensively attack Iran in 1980, which ended up killing half a million people due to the barbaric nature of Middle Easterners, but which was finally brought to a peaceful conclusion by civilized U.S. intelligence officers helping orchestrate gas attacks against Iran? Were we not great in 1988 when the U.S.S. Vincennes deliberately blasted a menacing civilian airliner in an ascending flight path out of the Iranian sky, killing 290 people? Were we not great in defensively assassinating Iranian cabinet ministers and a Supreme Court justice? Were we not great in selflessly invading and occupying countries on Iran’s immediate borders, while threatening to bomb thousands of pre-selected targets inside Iran if its leaders failed to please our peace-loving leaders? Were we not great in imposing economic sanctions on Iran, denying lifesaving medicines and medical equipment to ill patients and causing airliners to fall out of the sky due to a shortage of spare parts?

Surely Hillary Clinton is correct in saying that the U.S. “never stopped being great.”

ABOUT THE AUTHOR
Michael K Smith and Frank Scott are the editors of legalienate.blogspot.com.  Michael K. Smith has published three books, “The Greatest Story Never Told – A People’s History of the American Empire, 1945-1999,” “Portraits of Empire,” and “The Madness of King George. His fourth book, “Rise to Empire,” is forthcoming. He holds a B.A. in Psychology and a Master’s Degree in Humanities. He has lived in Central America, Mexico, and Japan. He currently resides in the San Francisco Bay Area.

Frank Scott, is a senior contributing editor with The Greanville Post. Hailing from the San Francisco Bay area, Frank Scott is 80 years old and not afraid to tell you his age. In fact, Frank is not hesitant to sound off exactly what he thinks and believes, and he doesn’t beat around the bush. Mark Twain could be like that. So could Albert Einstein, both calmly speaking truth to power and making the corrupt elites squirm and look down at their shoes, avoiding the searing white light of unvarnished reality.  Not only is Mr. Scott a great conversationalist, he is an outstanding commentary writer. Since 2007, he has stayed busy, posting more than an article a week at http://legalienate.blogspot.hk/

Orwell’s 1984 is a paranoid piece of anti-communist propaganda