This is not something you're likely to see on the powerful but despicably mendacious US media—they have the eyes but not the desire to report the truth. Here's a dispatch by The Wire, an intrepid Indian news source.

"This is not a legitimate solution – or even a solution at all," B'Tselem says. 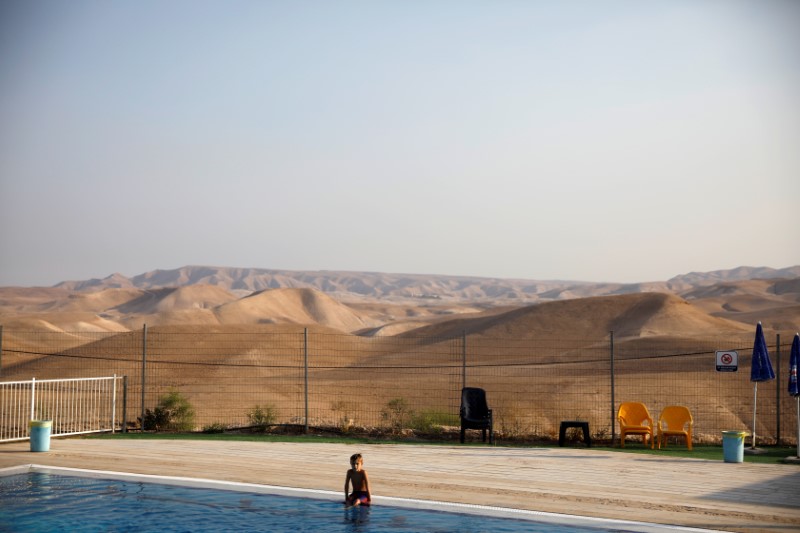 Over many decades, Israeli settlers-with the disapproval of most of the international community, but supported by the Israeli government and the US, have taken some of the best lands occupied by Palestinians. Today that fact seems irreversible. (Original caption: A boy sits by the swimming pool at the Israeli settlement of Vered Yericho in the occupied West Bank September 11, 2019. Photo: Reuters/Ronen Zvulun/File Photo).

New Delhi: An Israeli human rights organisation, B’Tselem – The Israeli Information Center for Human Rights in the Occupied Territories, has slammed the Donald Trump administration’s ‘Peace Plan’ for Israel and Palestine, calling it “utterly unacceptable”. The plan legitimises years of occupation and atrocities on Palestinian people, the group has argued, and even “expands Israels’s human rights abuses”. It could, in fact, leave Palestinians “worse off” than before.

The plan proposes the creation of a Palestinian state, but recognises all illegal settlements built by Israel as Israeli land. “Trump suggests rewarding Israel for the unlawful and immoral practices in which it has been engaging ever since it seized the Territories,” B’Tselem has argued. “Israel will be able to continue plundering Palestinian land and resources; it will also get to keep its settlements and even annex more territory; all in complete defiance of international law.”

The longstanding conflict and occupation of Palestinian territories has created a historic deadlock, and no talks have occurred between the two sides since 2014. According to the US, both right-wing Israeli Prime Minister Benjamin Netanyahu and his biggest rival in the March 2 elections, Benny Gantz, have agreed to support the plan. 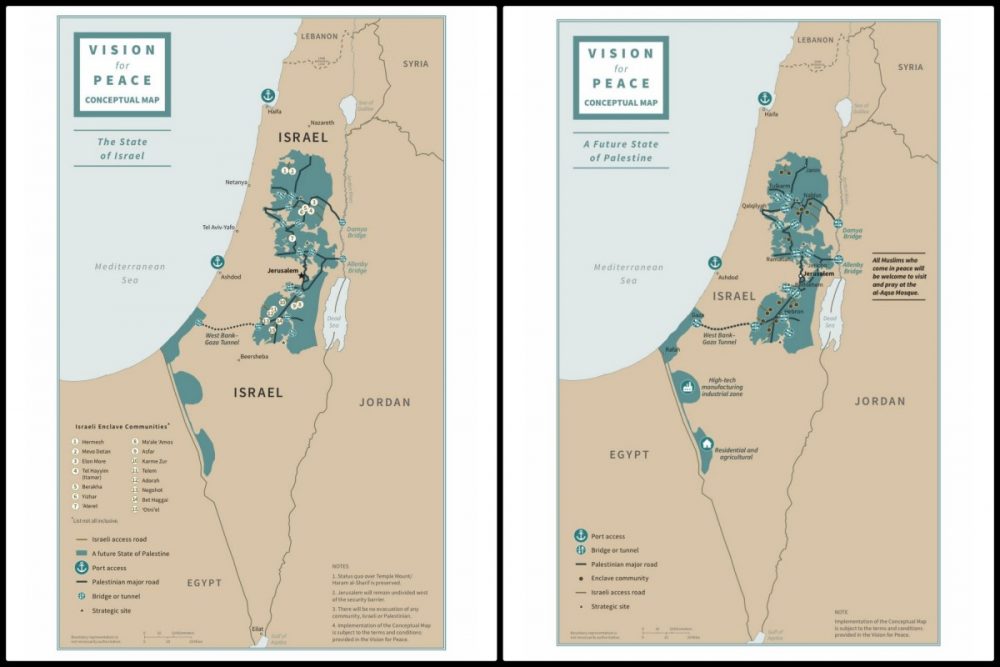 Maps from Trump’s vision for Israel and Palestine. (Distributed by US Government)

Israel’s support is not surprising, B’Tselem would argue, since “the plan eternalises the fragmentation of Palestinian space into disconnected slivers of territory in a sea of Israeli control, not unlike the Bantustans of South Africa’s Apartheid regime”. Human rights abuses against Palestinians – including daily indignities which have been criticised across the world – will continue, the group has argued.

“With no territorial contiguity, Palestinians will not be able to exercise their right to self-determination and will continue to be completely dependent on Israel’s goodwill for their daily life, with no political rights and no way to influence their future. They will continue to be at the mercy of Israel’s draconian permit regime and need its consent for any construction or development. In this sense, not only does the plan fail to improve their predicament in any way, but, in fact, it leaves them worse off as it perpetuates the situation and gives it recognition.”

This is not a legitimate solution – or even a solution at all, B’Tselem says. It “fails to ensure the human rights, liberty and equality of all people living between the Jordan River and the Mediterranean Sea and instead perpetuates one side’s oppression and dispossession of the other”. The plan is “just a recipe for generations more of oppression, injustice, and violence”, the statement concludes.

The US media blackout on revolutionary uprisings and revolts is total.