Home ABOMINATIONS How the US Helped Set ‘Ukraine on Fire’ (Repost. Classic Archives)

How the US Helped Set ‘Ukraine on Fire’ (Repost. Classic Archives)

This is a repost of materials deemed of lasting relevancy to current events. First published in August of 2017. 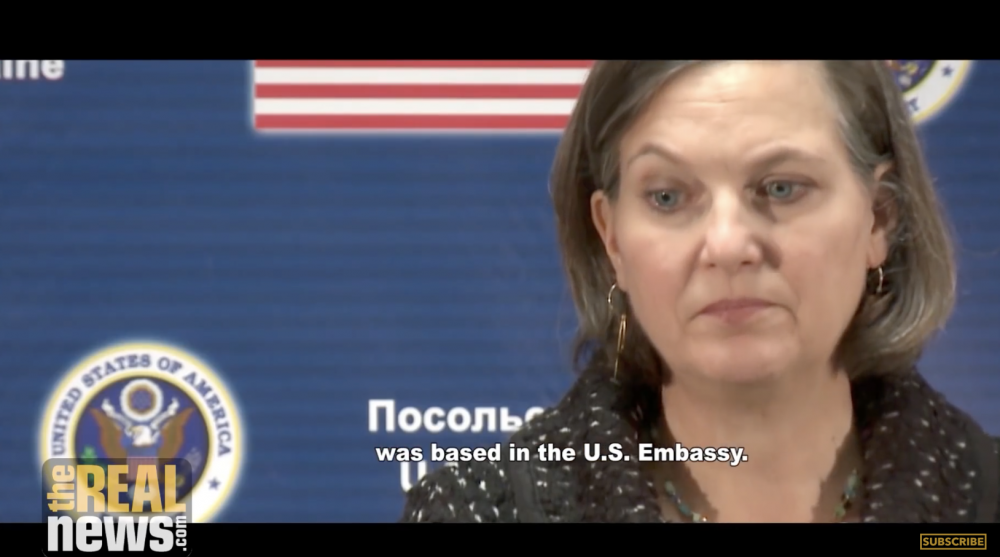 Neocon Nuland—the hand of the empire creating chaos and death in Ukraine.

We published this video interview first in 2017 (Aug 22, 2017) but the relevancy of the material, in view of the growing role of Ukraine in the sordid kerfuffle between the two wings of the US ruling class, continues. So all the points made here are as good today as they were 3 years ago. That's what happens with solid news analysis, it doesn't age much at all.

The Real News Network
The documentary "Ukraine on Fire" from producer Oliver Stone tells the hidden story of how the ongoing conflict began, including the pivotal US role. Since then Stone has produced a second, equally hard-hitting documentary on the same topic, Revealing Ukraine. As usual with dissenting films or materials of any kind contravening the official line, it has received spotty coverage and distribution.

Democrats impeach Trump for withholding arms to Neo-Nazis in Ukraine

The Fix is In: With Sanders Headed to Victory, Iowa Democratic Party Blocks Release of Caucus Results