Home AMERICAN EXCEPTIONALISM ‘Which Side Are You On?’: Sanders Calls Out Buttigieg for Raking in Billionaire Donations

‘Which Side Are You On?’: Sanders Calls Out Buttigieg for Raking in Billionaire Donations 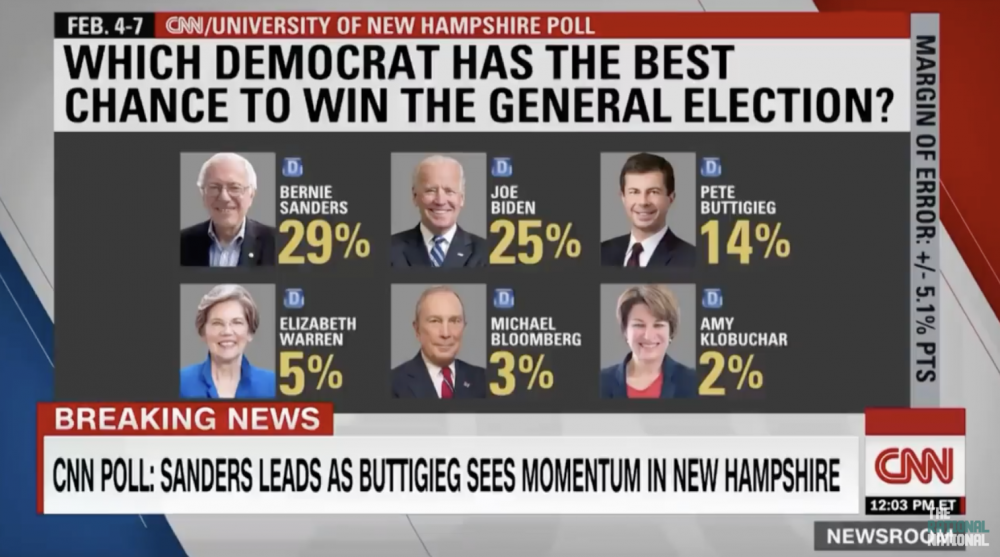 At a breakfast event at St. Anselm College in New Hampshire hours ahead of the sixth Democratic presidential debate Friday night, Sanders—who has rejected all billionaire campaign cash—rattled off the headlines of several recent news stories on Buttigieg’s billionaire donors.

“I like Pete Buttigieg, nice guy, but we are in a moment where billionaires control not only our economy but our political process,” said the Vermont senator. “Do you think if you’re collecting money from dozens of dozens of billionaires you’re going to stand up to the drug companies and you’re going to throw their CEOs in jail if they’re acting criminally?”

Sen. Bernie Sanders: "I'm reading some headlines from newspapers about Pete Buttigieg. 'Pete Buttigieg Has Most Exclusive Billionaire Donors Of Any Democrat.'" pic.twitter.com/ptcAgr87sz

According to the December Forbes analysis Sanders cited, Buttigieg had received donations from forty billionaires and their spouses as of September 30th of last year.

Thirteen of those billionaires gave exclusively to Buttigieg, “by far the most of any Democrat running for president,” Forbes found.

Using the hashtag #PetesBillionaires, Sanders tweeted following the St. Anselm College event that “this election is fundamentally about whose side you are on.”

This election is fundamentally about whose side you are on. #PetesBillionaires pic.twitter.com/hZi3uzCmvJ

The Sanders campaign’s effort to put Buttigieg’s billionaire campaign contributors in the spotlight comes amid tightening poll numbers in New Hampshire. A Boston Globe/WBZ-TV/Suffolk University survey released Thursday showed Sanders leading Buttigieg by just one percentage point in the state—24% to 23%. The Emerson pre-primary tracking poll, meanwhile, still showed Sanders up in the Granite State, with the Vermont senator leading the former mayor by 9 points (32% to 23%).

In the wake of the Iowa debacle and with the New Hampshire primary just days away, Current Affairs columnist and Sanders supporter Paul Waters-Smith emphasized Friday that the senator’s candidacy represents an “excellent opportunity to deepen a vision of a truly democratic society where working people own and control the economy and politics, all the while mobilizing behind an agenda which addresses our burning immediate needs.”

“This election will affect the lives of millions who can’t even vote or donate to the campaign,” wrote Waters-Smith. “Given the stakes, we can afford to put our cynicism and dispassion aside. We can’t let the nay-sayers, the dirty tricks, the smears, or the fear of failure hold us back from doing our part. We are on the brink of achieving something historic, and we can’t let them stop us.”

ABOUT THE AUTHOR
Jake Johnson is on the staff of Common Dreams.