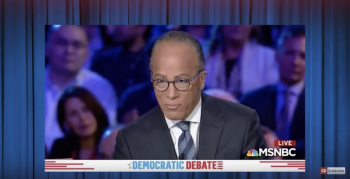 Watch how mainstream media vermin like Lester Holt and Chuck Todd gang up on Bernie Sanders and he’s not even a real socialist! Isn’t that a laugh? That’s how paranoid and reactionary the US establishment is.  As seen on The Jimmy Dore Show.

And also this: From the same folks who brought you Russiagate I:

Coronavirus: The Hammer and the Dance

Letter from “Locked Down” Lombardy