February 25, 2020
BE SURE TO PASS THESE ARTICLES TO FRIENDS AND KIN. A LOT DEPENDS ON THIS. DO YOUR PART. 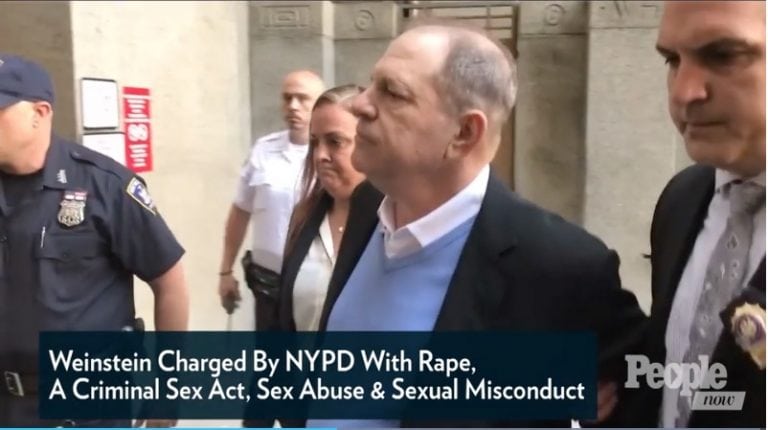 It's been quite a ride for Harvey Weinstein, from Pampered and over-indulged Hollywood mogul to felon, but his case, like many issues like his distract the population from the much more serious criminals occupying the summit of social and political power.

[dropcap]C[/dropcap]hannel surfing yesterday and all the empire's main ( so called ) media had the same breaking news. The jury came out and finally got the #MeToo movement's poster boy, fat, dirty Harvey Weinstein. Well, dirty Harvey deserved what he got coming to him, even if half of the claims against him were true. The guy used his power to ' get over ' on young, vibrant actresses and wannabe ones. Sounds like another guy who ' got over' on vibrant young women... the guy now in the White House perhaps? This ' breaking news' was all over the mainstream media, with those fine ( so called ) journalists covering it like it was VE Day. How many times did we have to see old fat, dirty Harvey handcuffed at the court? Reminded me of another guy, the guy 180 degrees off from Weinstein on the morality index, Julian Assange, when they jackbooted him from the Ecuadorian embassy in London last year. Yes, the empire's minions AKA mainstream media love to saturate the airwaves with this stuff.

Meanwhile, where has that same media been when we had Major War Criminals like the Bush Jr./ Cheney gang, Mr. ' Hope and Change' and now ' Drop the Mother of All Bombs ' Donald Trump, walking around free? The phony and illegal wars on Afghanistan and Iraq, based on lies and disinformation; the drone missile attacks at over 10 times the amount of his predecessor; and the illegal assassinations of foreign dignitaries in another nation's sovereign land, are ALL fodder for indictments for treason. No such luck. Why? Because we do have this Military Industrial Empire which has always owned our presidents... and always will while we maintain this Two Party/ One Party system. Trump's attempts to distance himself from the real Deep State, the one he serves, is what usually comes out of a horse's ass!

The latest attempt by the two heads of the Democratic Party's monster, CNN and MSNBC, to marginalize and villainize Bernie Sanders, is really despicable! Funny thing is that Bernie Sanders is not even close to being the same socialist as this writer and most on the real left. Yet Bernie is still light years ahead of those running against him for president. He is shrewd enough to know who he is up against when it comes to this empire. So, he must go slow if he has any chance of being elected. As to the election coming up in less than a year, Trump's tweets as to hoping Sanders is his opponent reminds me of the example of a boxing match. In most boxing matches, when a fighter gets really hit with a hard shot, IF he then shakes his head 'NO' and gives a fake smile, what he is really saying is the opposite: That hurt like hell!!

If one has the same outlook as to the ' Sweet Hereafter' as me, then there is a purgatory beyond the doorway of death. I can assure my readers that it will be filled with Harvey Weinstein,  the entire Bush/Cheney gang, Barack Obama, The Donald, Miss Hillary and many other hypocrites...along with those in the media that the great Paul Craig Roberts labels as Presstitudes!

[su_panel background=”#f7f5ee”]PLEASE COMMENT ON OUR FACEBOOK GROUP OR IN THE OPINION WINDOW BELOW.
All image captions, pull quotes, appendices, etc. by the editors not the authors. [/su_panel]
Up to You.

Burning the Future: the Growing Anger of Young Australians