Michael Winterbottom’s Greed: A searing indictment of the super-rich

February 27, 2020
Please make sure these dispatches reach as many readers as possible. Share with kin, friends and workmates and ask them to do likewise.

Greed, directed by the prolific Michael Winterbottom (Jude, In This World, The Road to Guantanamo, The Trip), is a satire based on the figure and career of British billionaire fashion retailer Sir Philip Green, and a powerful social commentary on the criminality and human misery that underpin the latter’s fortune. The film premiered at the Toronto International Film Festival in September 2019 and was screened at the London Film Festival a month later. 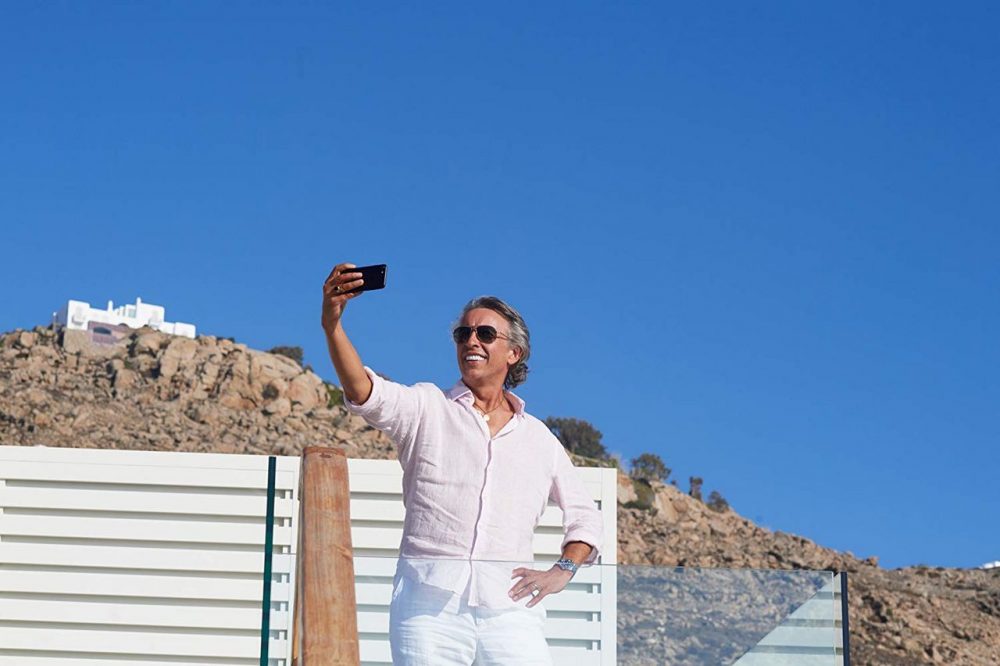 Green came to prominence in 2016 after funneling £1.5 billion [$US1.9 billion] out of British Home Stores, much of it to his wife in Monaco, avoiding UK tax. In doing so, he ran the company’s pension scheme from a surplus into a £571 million deficit and put the company into administration. This ended with 11,000 workers losing their jobs and 22,000 suffering massive hits to their pensions.

In Greed, we join the main character, self-styled Richard “Greedy” McCreadie (Steve Coogan), in the middle of preparations for his own grand birthday party at his private villa on the Greek island of Mykonos. Attempting to repair his shattered reputation—having just been brought before a parliamentary committee after lucratively dismantling one of his companies, with the loss of thousands of jobs—McCreadie is trying to get as many famous faces as possible to his Ancient Rome-themed gala. A replica Coliseum is being built, complete with live lion Clarence, and costumes are being prepared—royal purple for the guests, slave togas for the staff.

The satire is dialed-up and in-your-face in style, but how could it be otherwise when confronted with such a grotesque subject as Green and his ilk and their asset-stripping, sweatshop-supplied, tax-dodging empires? Contemporary levels of social inequality demand and outstrip comparisons with the Roman Empire.

Coogan uses his talent to bring the bullying, grasping McCreadie to life and helps the script articulate the character’s utter disregard for any other human being. Questioned by the parliamentary committee about the collapse of one of his businesses, after he and his family looted millions from the company accounts and thousands of jobs have been lost, McCreadie interrupts his interrogator. He suggests it was actually not such a big loss since “most of those jobs were part-time.” 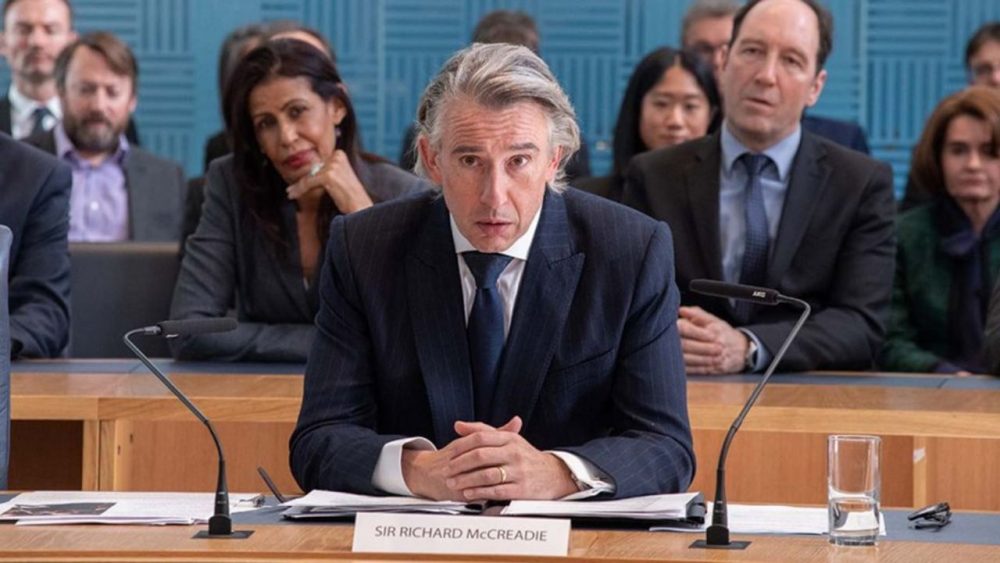 At his Greek villa, McCreadie is incensed at the presence of a group of refugees camped on a nearby public beach: “Can’t they find refuge somewhere out of view?” He tries to have them removed by police. This interrupts a scene in which his thoroughly vapid daughter—being filmed for a reality television show on the rich and beautiful—hands out food to the refugees for the camera before snatching it back and insisting they look more pleased to receive it.

The decision to set the film in Greece and counterpose McCreadie’s wealth to the desperate plight of those trying to cross the Mediterranean is to be commended. The same rotten system is the cause of multibillion-dollar wealth and the desperate plight of millions. During the end credits, a series of statistics includes the facts that over 70,000 refugees are now living in Greece, and that at least 17,000 have died attempting the crossing.

The origins and obscenity of personal wealth are well explored in Greed, which opens with McCreadie’s wife Samantha (Isla Fisher) being given a £1.2 billion dividend at a company party. “Wow,” she says, “I don’t know what to do with all those zeros.”

A financial correspondent explains to Nick (David Mitchell), the out-of-his-depth author commissioned to write McCreadie’s official biography, the history of swindles and tax-dodges out of which this money was gained. As a former employee puts it more succinctly, “McCreadie’s not a businessman, he’s a parasite.”

We learn through Nick’s conversation with Amanda (Dinita Gohil)—a personal assistant to McCreadie—of the terrible conditions that prevail in the sweatshops producing products for McCreadie’s brands. McCreadie’s “empire,” like every major corporation, is shown to rest on a global network of degrading and deadly exploitation. The statistics at the end of the film conclude with the fact that just a few individuals own as much wealth as the poorest half of the world’s population. 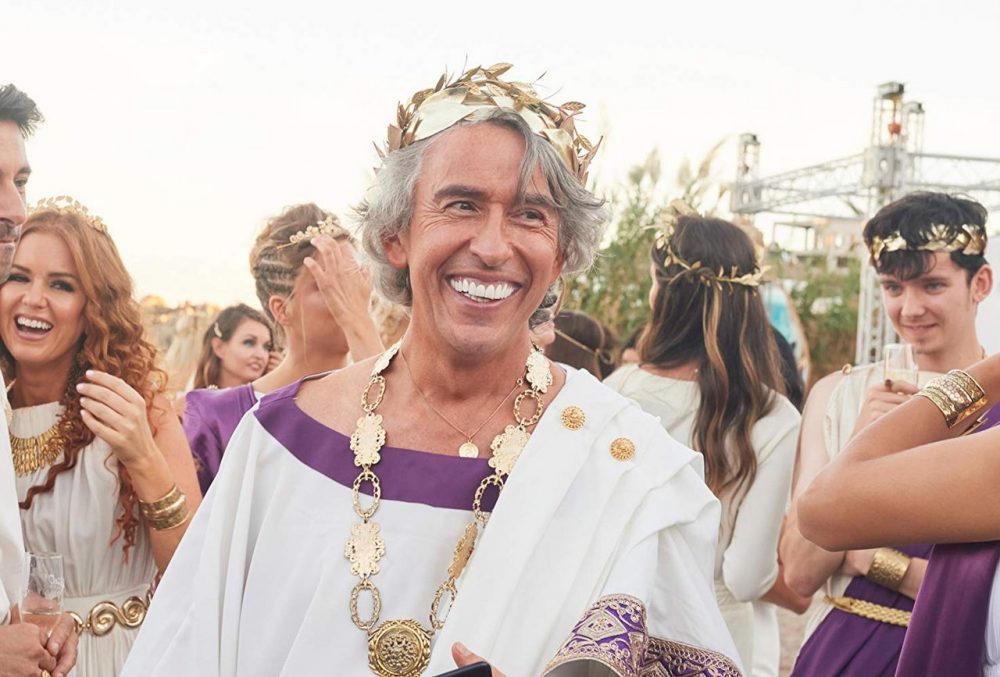 Had director Winterbottom had his way, these figures would also have included the fact that H&M’s owner, Stefan Persson, is worth around $18 billion and Zara’s owner, Amancio Ortega, $67 billion—while workers in Myanmar and Bangladesh earn $3.60 and $2.84 a day.

Proving everything Greed sets out to say about the power and influence of the super-rich, however, this information was censored by the film’s co-financer and distributor, Sony Pictures. Winterbottom explained in an interview with the Guardian that they were “worried about the potential damage to Sony’s corporate relations with these brands.”

The film was delayed for six months while Winterbottom argued with Sony over the final cut. Meanwhile, Sony took half the benefits available to Greed through a 2007 tax credit agreement between Film4 (the film’s other financer), BBC Films and the BFI that was supposed to support independent British filmmakers.

A scene set in a parliamentary committee sees McCreadie asked why he has pulled his companies out of the Ethical Trading Initiative. “Waste of time,” McCreadie answers. Asked about the levels of exploitation in his operations, McCreadie replies, “That’s the market!” Green/McCreadie is not some individual anomaly, but the true face of modern capitalism. Zara and H&M also buy from sweatshops, and Google and Apple pay next to no tax either.

There is only one allusion to opposition from the working-class, when Nick halfheartedly reminds Amanda, “Slaves can revolt.” Nonetheless, Greed offers a sharp and often funny critique of the impact on society of rule by a criminal financial oligarchy and should find a wide audience.

ABOUT THE AUTHOR
The author writes for wsws.org, a socialist (Marxian) publication based in the US.