In a remarkable statement that has gone virtually unreported in the American media, Representative Tulsi Gabbard of Hawaii, a candidate for the Democratic presidential nomination, publicly denounced US intelligence agencies for interfering in the presidential contest and attempting to sabotage the campaign of Democratic frontrunner Bernie Sanders. 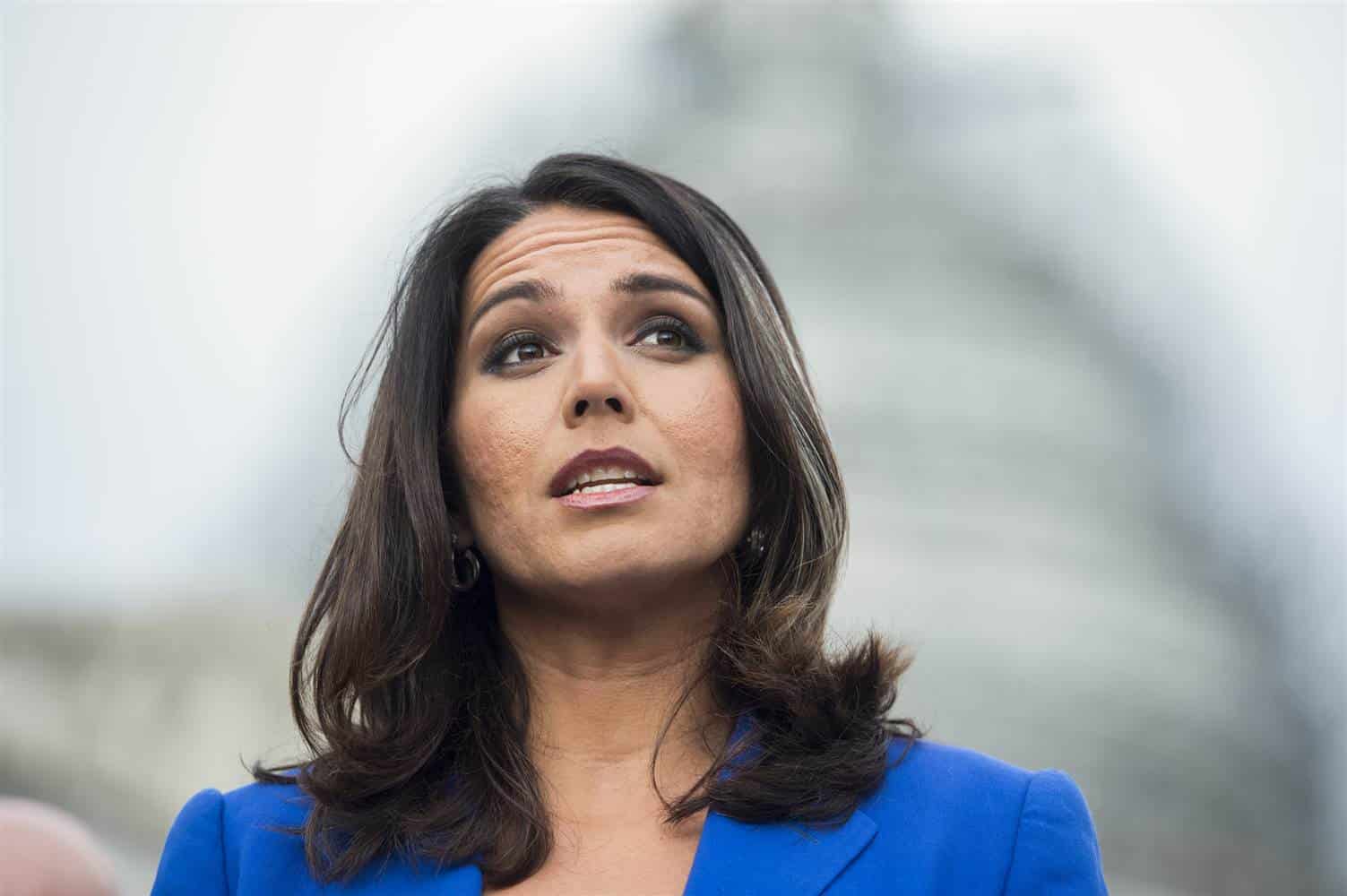 On some issues Tulsi Gabbard exhibits a contradictory posture (she voted to outlaw BDS, for example), but on issues of war and peace she has remained consistent and valuable, especially since the US currently lacks an antiwar movement and there is practically no visible antiwar or anti-intervention politicians, and that includes both Warren and Sanders.

In an opinion column published February 27 by the Hill, Gabbard attacked the article published by the Washington Post on February 21, the eve of the Nevada caucuses, which claimed that Russia was intervening in the US election to support Sanders. She also criticized the decision of billionaire Michael Bloomberg, the former mayor of New York City, to repeat the anti-Russia slander against Sanders during the February 25 Democratic presidential debate in South Carolina.

Gabbard is a military officer in a National Guard medical unit who has been deployed to Iraq and Kuwait and has continuing and close contact with the Pentagon. She is obviously familiar with the machinations of the US military-intelligence apparatus and knows whereof she speaks. Her harsh and uncompromising language is that much more significant.

Enough is enough. I am calling on all presidential candidates to stop playing these dangerous political games and immediately condemn any interference in our elections by out-of-control intelligence agencies. A “news article” published last week in the Washington Post, which set off yet another manufactured media firestorm, alleges that the goal of Russia is to trick people into criticizing establishment Democrats. This is a laughably obvious ploy to stifle legitimate criticism and cast aspersions on Americans who are rightly skeptical of the powerful forces exerting control over the primary election process.

We are told the aim of Russia is to “sow division,” but the aim of corporate media and self-serving politicians pushing this narrative is clearly to sow division of their own—by generating baseless suspicion against the Sanders campaign. It’s extremely disingenuous for “journalists” and rival candidates to publicize a news article that merely asserts, without presenting any evidence, that Russia is “helping” Bernie Sanders—but provides no information as to what that “help” allegedly consists of.

If the CIA, FBI or any other intelligence agency is going to tell voters that “Russians” are interfering in this election to help certain candidates—or simply “sow discord”—then it needs to immediately provide us with the details of what exactly it’s alleging.

After pointing out that the Democratic Party establishment and the corporate media have had little interest in measures to actually improve election security, such as requiring paper ballots or some other form of permanent record of how people vote, Gabbard demanded:

The FBI, CIA or any other intelligence agency should immediately stop smearing presidential candidates with innuendo and vague, evidence-free assertions. That is antithetical to the role those agencies play in a free democracy. The American people cannot have faith in our intelligence agencies if they are pushing an agenda to harm candidates they dislike.

As socialists, we do not share Gabbard’s belief that the intelligence agencies have a positive role to play or that the American people need to have faith in them. As her military career demonstrates, she is a supporter of American imperialism and of the capitalist state. However, her opposition to the “dirty tricks” campaign against Sanders is entirely legitimate and puts the spotlight on a deeply anti-democratic operation by the military-intelligence apparatus.

Gabbard denounces this “new McCarthyism” and calls on her fellow candidate to rebuff the CIA smears and “defend the freedoms enshrined in our Constitution.” Not a single one of the remaining candidates for the Democratic presidential nomination—including Sanders himself—has responded to her appeal.

Her statement concludes that the goal of the “mainstream corporate media and the warmongering political establishment” was either to block Sanders from winning the nomination, or, if he does become the nominee, to “force him to engage in inflammatory anti-Russia rhetoric and perpetuate the new Cold War and nuclear arms race, which are existential threats to our country and the world.”

Despite Gabbard’s appeal for the Democratic candidates not to be “manipulated and forced into a corner by overreaching intelligence agencies,” the Democratic Party establishment has been working in lockstep with the intelligence agencies in the anti-Russia campaign against Trump, which began even before election day in 2016, metastasized into the Mueller investigation and then the effort to impeach Trump over his delay in the dispatch of military aid to Ukraine for its war with Russian-backed separatist forces.

Her comments are a complete vindication of what the World Socialist Web Site has written about the anti-Russia campaign and impeachment: these were efforts by the Democratic Party, acting as the representative of the military-intelligence apparatus, to block the emergence of genuine left-wing popular opposition to Trump, and to channel popular hostility to this administration in a right-wing and pro-imperialist direction.

Gabbard herself was the only House Democrat to abstain on impeachment, although she did not voice any principled grounds for her vote, such as opposition to the intelligence agencies. She has based her campaign for the Democratic presidential nomination largely on an appeal to antiwar sentiment, particularly opposing US intervention in Syria. She has also said that if elected, she would drop all charges against Julian Assange and pardon Edward Snowden.

These views led to a vicious attack by Hillary Clinton, the defeated Democratic presidential candidate in 2016, who last October called Gabbard “a Russian asset,” claiming that she was being groomed by Russia to serve as a third-party candidate in 2020 who would take votes away from the Democratic nominee and help re-elect President Trump. “She’s the favorite of the Russians,” Clinton claimed.

Since Clinton’s attack, the Democratic National Committee has excluded Gabbard from its monthly debates, manipulating the eligibility requirements so that billionaire Michael Bloomberg would qualify even for debates held in states where he was not on the ballot but Gabbard was, such as Nevada and South Carolina.

ABOUT THE AUTHOR
Patrick Martin is a senior editor with wsws.org, a Marxian publication.

Bloomberg: What Is He Good For?

Correction to the Greanville Post’s story about Tulsi Gabbard: Tulsi did not vote against BDS. She voted “present” because the bill had deceptive and ambiguous wording. Tulsi is against Israeli apartheid, and she agrees with Americans having the freedom to speak out against it and to organize to defeat it.