Syria – Another Ceasefire In Idleb – Erdogan Loses On All Points

Erdogan wants Idleb but neither Syria nor Iran nor Russia will let him have it. President Putin will meet Erdogan during the coming days and will make sure that the point is understood.

President Tayyip Erdogan of Turkey and President Vladimir Putin of Russia met today in Moscow. They had a 160 minute long talk under 4 eyes and another round with their relevant staff. The parties agreed on a new ceasefire in Idleb governorate. 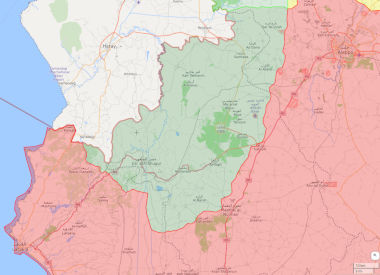 The so far published agreed points are:

1- Cease all military actions along the line of contact in the Idlib de-escalation area starting 00:01 on March 6, 2020

3- On March 15, 2020 joint Turkish-Russian patrolling will begin along highway M4 from the settlement oo Trumba (2 km to the west of Saraqib) to the settlement of Ain-Al-Hayr.

Here are part one and two of the memo.

(I believe that Ain-Al-Hayr is also transliterated as Ain al Hawr which is on the very western end of the M4 segment that is still under Jihadi control).

The aim of the current Syrian army operation is thereby largely fulfilled. The M4 and the M5 highways will be free of Jihadis and open to traffic.

This ceasefire is unlikely to hold over a longer period. But it brings a useful pause for the Syrian army that will allow it to recover a bit and to take care of its men and equipment.

This for now also ends the Turkish thread to attack the Syrian army and to reconquer all areas it had liberated over the last months.

Erdogan, who had made many demands, saw none of them fulfilled. The agreement will cost him political points within his party. 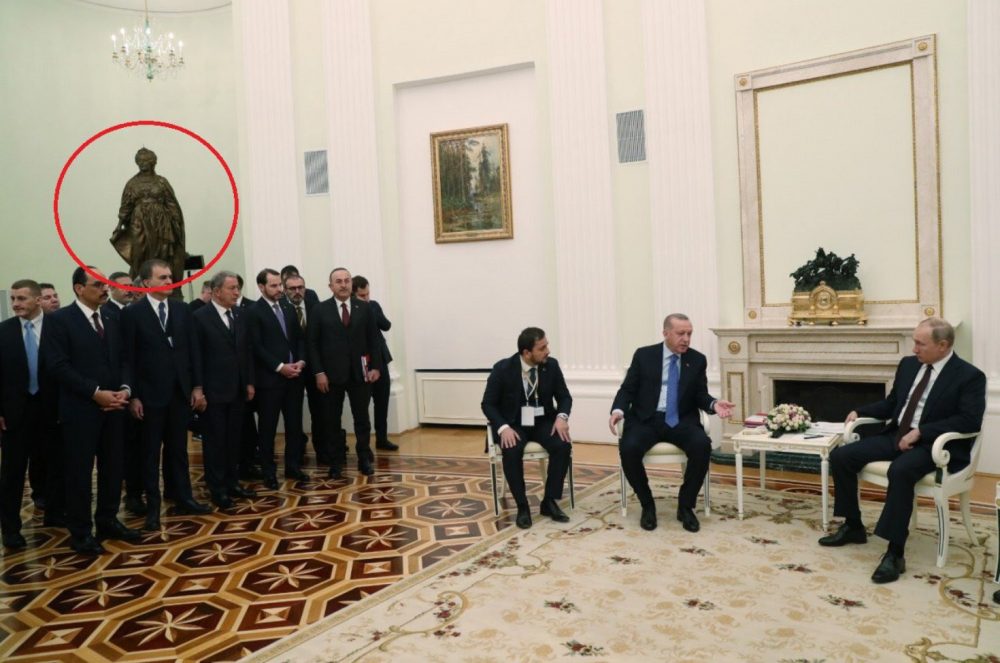 Best thing for me from the Moscow meeting between Erdogan and Putin was the subservient stature of the Turkish delegation in front of Putin and standing under the statue of Catherine the Great who defeated the Turks several times during the XVIII century.

U.S. Breaks Its Just Signed Agreement With The Taliban

Where Are The Skripals?