Chris Cuomo Is A Fucking Shitbag

CNN’s Hilary Rosen has been rightly taking a hammering for lecturing Sanders surrogate Nina Turner, who is black, on how she is and is not permitted to use Martin Luther King Jr’s words (and for subsequently babbling about “angry black women” on Twitter). What has not received nearly enough attention, in my opinion, is the equally reprehensible behavior of the host of the show the women appeared on, CNN’s Chris Cuomo.

On a segment of Cuomo Prime TIme, Turner was first badgered by the show’s host with the typical antagonistic “how are you going to pay for it” talking points which get consistently leveled at Sanders and his supporters but never at proponents of costly military expansionism, and which are premised on the completely nonsensical assumption that America’s obscenely expensive healthcare system isn’t costing anyone a penny. Such dishonest oligarch-friendly narrative manipulations are typical of the Democratic Party princeling Cuomo, whose father was a New York Governor and whose brother is the current New York Governor.

In her competent responses to Cuomo’s spinmeistering, Turner, without saying anything about Joe Biden, made mention of the famous Martin Luther King Jr quote “I have almost reached the regrettable conclusion that the Negro’s great stumbling block in the stride toward freedom is not the White Citizen’s Council-er or the Ku Klux Klanner, but the white moderate who is more devoted to ‘order’ than to justice; who prefers a negative peace which is the absence of tension to a positive peace which is the presence of justice.”

Rosen, a virulent Clintonite who announced her endorsement of Biden on Cuomo’s show, began lecturing Turner that she had quoted King incorrectly. Turner, who is a former African American history professor, had of course quoted King correctly, and she said so. Rosen then went on to repeatedly interrupt Turner and tell her “Don’t use Martin Luther King against Joe Biden. You don’t have that standing.”

Turner had not at all used the quote to attack Biden, though it would certainly have been reasonable for her to do so. She began putting Rosen in her place for having the temerity to not only whitesplain Martin Luther King to a black woman but to also tell her how she is and is not authorized to use his words. Cuomo, who’d gone out of his way to silence Turner and make space for Rosen to speak while voicing no objection to Rosen’s incessant high-volume interruptions, then stepped in.

“Hold on, alright listen,” Cuomo interjected. “Nina, Hilary, I’m out of time on this.”

“Chris, I didn’t jump in on her though and she wants to jump in on me,” Turner said.

“Nobody’s jumping in on anybody,” Cuomo said, falsely. “You guys are in the same party. This is what you guys have to figure out. You’re in the same party. And let me tell you, you better keep that same energy when you are up against Trump that you have against each other because he is bigger and badder than I think you guys are ready for. But let’s agree on this about Dr King: only light can drive out darkness, only love can drive out hate. That is the challenge for the Democrats. To show that that’s what you represent against this president.”

The idea of a white moderate trying to lecture and scold Nina Turner about what Dr. King said of the white moderate is in of itself ironic and infuriating, but then you add Chris Cuomo’s paternalistic tone. What a nightmare. pic.twitter.com/7DtEMefwb9

So to recap, Cuomo allowed his white Biden-supporting guest to repeatedly and aggressively shout down a black woman with unbelievably condescending lectures about Martin Luther King while actively creating plenty of space for this appalling behavior. Then, after watching and allowing Rosen to do this, his response was to step in and, in front of his million-plus viewers, declare that they were both behaving inappropriately. And to then self-righteously quote King himself.

I mean, what a shitbag. What a disgusting, manipulative fucking shitbag.

I don’t think we collectively pay enough attention to how disgusting Chris Cuomo is. If you listen carefully to what he says during any contentious interview with any oppositional figure you’ll notice that he’s consistently sneaking in narrative manipulations and adjustments to make sure his audience is hearing the establishment-authorized narrative instead of something which might help undermine the privileged standing that he and his Democratic Party royal family enjoy. See his unbelievably sleazy spin job on his interview with Jill Stein in which he painted the former Green Party presidential candidate as a Kremlin stooge for a perfect example of this.

Rosen, for the record, has made numerous attempts to apologize for her oafish behavior. Those attempts have been disingenuous, manipulative, ham-fisted, laden with racist overtones, and clearly geared solely toward salvaging her public image, but they have contained the words “sorry” and “apologize”. Cuomo, as of this writing, has offered up nothing even remotely resembling an apology. And in my opinion his behavior was just as vile and deserving of condemnation as Rosen’s.

For all the chatter about election rigging by Russians, Republicans and the DNC, by far the most egregious election interference this year is being done right out in the open by the plutocrats who own the political/media class which manipulate the way that people perceive, think, and vote. If it weren’t for power-worshipping shitbags like Chris Cuomo constantly sticking their rapey fingers in people’s minds every day and adjusting their perceptions on what’s going on in the world, Bernie Sanders would be considered too far right for the political left to support and nobody would even know Joe Biden’s name.

Whoever controls the narrative controls the world, which is why skillful manipulators like Chris Cuomo are made millionaires by the billionaires whose kingdoms they uphold. Don’t let these assholes off the hook.

Thanks for reading! The best way to get around the internet censors and make sure you see the stuff I publish is to subscribe to the mailing list for my website, which will get you an email notification for everything I publish. My work is entirely reader-supported, so if you enjoyed this piece please consider sharing it around, liking me on Facebook, following my antics on Twitter, checking out my podcast on either Youtube, soundcloud, Apple podcasts or Spotify, following me on Steemit, throwing some money into my hat on Patreon or Paypal, purchasing some of my sweet merchandise, buying my books Rogue Nation: Psychonautical Adventures With Caitlin Johnstone and Woke: A Field Guide for Utopia Preppers. For more info on who I am, where I stand, and what I’m trying to do with this platform, click here. Everyone, racist platforms excluded, has my permission to republish, use or translate any part of this work (or anything else I’ve written) in any way they like free of charge.

About the Author
CAITLIN JOHNSTONE • 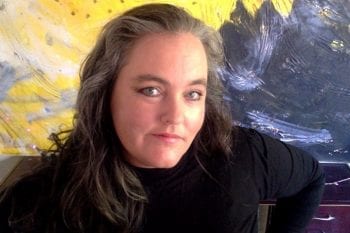 Rogue journalist. Bogan socialist. Anarcho-psychonaut. Guerilla poet. Utopia prepper. Proudly 100 percent reader-funded through Patreon and Paypal. Much work done with assistance from soulmate/brother-in-arms/co-conspirator Tim Foley. Read Caitlin’s articles on Medium here or on Steemit here, follow her on Twitter here, and follow her on Facebook here. You can also subscribe to this website’s mailing list here.  If you would like to support Caitlin, you can share her articles around, buy her book, or throw some coin in her hat on Patreon or Paypal.

Two Years Later: The Skripal Case Is Weirder Than Ever

Is The Coronavirus Really More Dangerous Than The Flu?