The Democratic Party rallies behind Biden

March 9, 2020 8 minutes read
Please make sure these dispatches reach as many readers as possible. Share with kin, friends and workmates and ask them to do likewise.

[dropcap]T[/dropcap]he campaign of Vermont Senator Bernie Sanders is making a last-ditch stand in the Michigan primary Tuesday, amid mounting indications that the Democratic Party as a whole has moved decisively into the camp of his main rival, former Vice President Joe Biden. Sanders cancelled rallies in Mississippi, Missouri and Illinois—all states where he trails Biden in the polls—in order to concentrate all his efforts in Michigan, where he won an upset victory over Hillary Clinton in 2016. 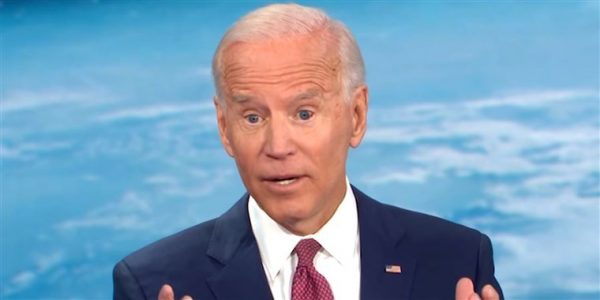 A declining Biden is emblematic of the quick decomposition of the Democrat party and the US political class in general.

The consolidation of the Democratic Party behind Biden is a damning exposure, not merely of the politically reactionary character of this organization, but of the contemptible falsification on which the Sanders campaign has been based: that it is possible to transform the Democratic Party, the oldest American capitalist party, into the spearhead of a “political revolution” that will bring about fundamental social change.

Former Vice President Biden is the personification of the decrepit and right-wing character of the Democratic Party. In the past 10 days alone, Biden has declared himself a candidate for the US Senate, rather than president, confused his wife and his sister as they stood on either side of him, called himself an “Obiden Bama Democrat,” and declared that 150 million Americans died in gun violence over the past decade. This is not just a matter of Biden’s declining mental state: it is the Democratic Party, not just its presidential frontrunner, that is verging on political senility.

It is evident that the Democratic Party leadership in Congress, as well as the Biden campaign and the Democratic National Committee, aims to run the 2020 campaign on the exact model of Hillary Clinton’s campaign in 2016: portraying Trump as personally unqualified to be president and as a Russian stooge, while opposing any significant social reform and delivering constant reassurances to the ruling financial aristocracy that a restored Democratic administration will follow in the footsteps of Obama, showering trillions on Wall Street and doing the bidding of the military-intelligence apparatus. 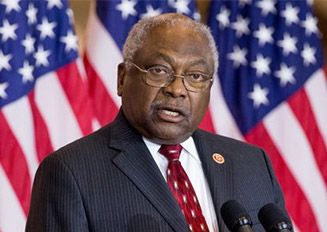 One could ask of the nine ex-candidates who have now endorsed Biden, why they were candidates in the first place? Why did they bother to run against the former vice president, clearly the preferred candidate of the party establishment? None of them voices any significant political differences with Biden. All of them hail the right-wing political record of the Obama-Biden administration, even though that administration produced the social and economic devastation that made possible the election of Donald Trump.

Even more revolting, if that is possible, is the embrace of Biden by the black Democratic politicians. The former senator from Delaware is identified with some of the most repugnant episodes in the history of race relations in America: the abusive treatment of Anita Hill, when she testified against the nomination of Clarence Thomas, before Biden’s Judiciary Committee; an alliance with segregationist James Eastland on school integration in the early 1970s, highlighted at a debate by Kamala Harris, eight months before she endorsed Biden; and the passage of a series of “law-and-order” bills that disproportionately jailed hundreds of thousands of African Americans, all of them pushed through the Senate by Biden.

How did a politician who boasted of his close relationships with Eastland and Strom Thurmond become the beneficiary of a virtual racial bloc vote by African Americans in the Southern states? Because African American Democratic Party leaders, including Representative James Clyburn in South Carolina and hundreds of others, represent one of the most right-wing and politically corrupt sections of the party.

The thinking of this layer was summed up in a column Saturday in the Washington Post by Colbert King, a former State Department official and local banker, a prominent member of the African American elite in the nation’s capital, who wrote in outrage, “America’s black billionaires have no place in a Bernie Sanders world.”

King denounced the suggestion that black CEOs and billionaires are “greedy, corrupt threats to America’s working families or the cause of economic disparities and human misery.” Voicing the fears of his class, he continued, “I know there are those out there who buy the notion that America consists of a small class of privileged, rapacious super-rich lording over throngs of oppressed, capitalist-exploited workers. You can see it in poll numbers showing the share of Americans who prefer socialism to capitalism inching upward.”

What the Washington Post columnist reveals is what Bernie Sanders has done his best to cover up: the Democratic Party is a party of the capitalist class. It can no more be converted to socialism than the CIA can become an instrument of the struggle against American imperialism.

True, Sanders can dredge up Jesse Jackson for a last-minute endorsement, proof that demagogues engaged in diverting mass left-wing sentiment into the graveyard of the Democratic Party recognize and embrace each other across the decades. But with that exception, the entire black Democratic Party establishment has lined up behind Biden—including, most recently, Chicago Mayor Lori Lightfoot and Senator Kamala Harris.

Harris’s statement is worth quoting. “I have decided that I am with great enthusiasm going to endorse Joe Biden for president of the United States,” she said. “I believe in Joe. I really believe in him, and I have known him for a long time.” The senator was no doubt responding to the incentives dangled in front of her by Biden after she left the race last December, when he gushed, “She is solid. She can be president someday herself. She can be the vice president. She can go on to be a Supreme Court justice. She can be an attorney general.”

Sanders seeks to counter this all-out Democratic Party campaign for Biden by seeking to woo sections of the trade union bureaucracy with appeals to economic nationalism. New Sanders television ads in Michigan feature a United Auto Workers member declaring that his state “has been decimated by trade deals,” while Sanders declares that Biden backed NAFTA, drawing the conclusion, “With a record like that, we can’t trust him to protect American jobs or defeat Donald Trump.” The Vermont senator will find that very few auto workers follow the political lead of the corrupt gangsters who head the UAW.

More than 13 million people, mainly workers and youth, voted for Sanders in 2016 in the Democratic primaries and caucuses. Millions more continue to support him this year, with the same result. Sanders will wrap up his campaign by embracing the right-wing nominee of the Democratic Party and telling his supporters that this is the only alternative to the election, and now re-election of Trump. Indeed, in appearances on several Sunday television interview programs, Sanders went out of his way to repeat, as he said on Fox News, “Joe Biden is a friend of mine. Joe Biden is a decent guy. What Joe has said is if I win the nomination, he’ll be there for me, and I have said if he wins the nomination, I’ll be there for him …”

Working people and young people must draw the lessons of this protracted political experience. The struggle for socialism in America and internationally requires a political break by the working class from the Democratic Party and the entire structure of capitalist two-party politics. It means uniting the working class across all lines of race, gender, national origin and sexual orientation against the capitalist class.

ABOUT THE AUTHOR
Patrick Martin is a senior columnist and editorialist with wsws.org, a Marxian publication.
While using Marxian methods of historical analysis, and working toward a non-capitalist future, The Greanville Post does not endorse Trotkyism or any other specific faction. Thus we republish only those views we regard as useful and largely free of sectarian distortions. In a world in which truth and the correct path to social change, equality and peace are increasingly difficult to discern due to the proliferation of ideologies, information and disinformation sources, and the confusing imperfections and contradictions of many progressive voices, we try hard to give our audience the most reliable roadmap to effective struggle.

Two Years Later: The Skripal Case Is Weirder Than Ever