China Nearly Conquered Coronavirus Epidemic in 50 Days Goldman Sachs Says U.S. Will Do It in 60 Days 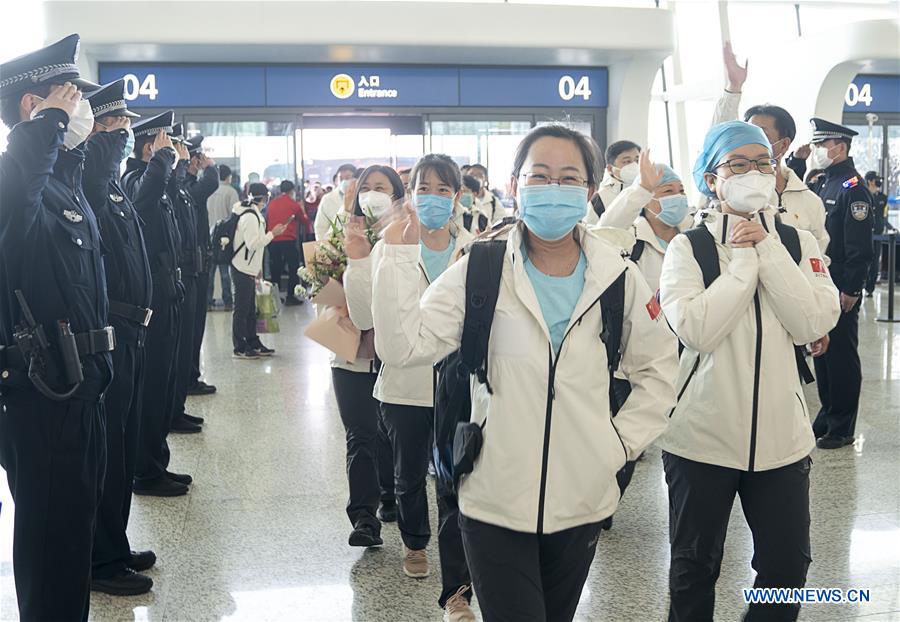 According to www.worldometers.info/coronavirus/country/china/, which obtains its information from only the most reliable sources, here are the main statistics regarding coronavirus-19 cases in China:
www.worldometers.info/coronavirus/country/china/
as of today, March 17th:
WORLD / COUNTRIES / CHINA
Last updated: March 17, 2020, 14:20 GMT
China
Coronavirus Cases: 80,881
Deaths: 3,226
Recovered: 68,715
ACTIVE CASES
8,940 Currently Infected Patients
5,714 (64%) in Mild Condition
3,226 (36%) Serious or Critical
Total Coronavirus Cases in China:
Jan 22 near 0
Feb 11 50K
Feb 12 60K
Feb 15 70K
Feb 27 80K
Mar 13 80K
That’s 0 to 50K in 20 days, and in only 16 more days there was a stable total of 80K cases reached, or 80,000 Chinese who had been hit by the coronavirus-19 infection.
This governmental performance will be compared with that of other countries and show the relative effectiveness and ineffectiveness of the various governments around the world in protecting their people from this sudden and extremely dire threat to their safety and security. This will be the most reliable existing single global statistical indicator of how good and how bad the various countries’ governments are, regarding the national security, or the protection of the lives and welfare, of their citizens. This is not a military measure of that, but it might be a more trustworthy measure, because coronavirus-19 is possibly an even bigger threat to the lives and welfare of the world’s peoples than a global nuclear war, WW III, would be; and it is surely one of the biggest such threats in the present era of a highly globalized economy.
On Monday, March 16th, Zero Hedge bannered “‘Half Of America Will Get Sick’: Here Is What Goldman Told 1,500 Clients In Its Emergency Sunday Conference Call” and reported that they said “Peak-virus is expected over the next eight weeks, declining thereafter.” That’s about 60 days to achieve what China achieved in about 50 days. However, China was able to achieve that only because it is a much more mutually cooperative society, culture, and society, than exists in the United States. Perhaps Goldman Sachs simply does not want to panic their client-base. Of course, by the time those 60 days will have passed, we will have a much clearer idea of what the true situation has been.
Furthermore: “50% of Americans will contract the virus (150m people).” So: that “peak-virus” occurring in 60 days would be compared to 80,000 cases within 50 days in China. It would be maxing-out not at 80,000 out of 1,400,000,000 Chinese or .006% of the Chinese population, but at 50% of the population, or 165,000,000 out of America’s 330,000,000 population. Really? It would be 8,333 times higher a percentage of Americans who will get hit than of Chinese who did?
And, according to Goldman, communicating to their 1,500 clients, “S&P 500 will see a negative growth rate of -15% to -20% for 2020 overall.” A very bad year, but the S&P declined -28.48% in 1930, -47.04% in 1931, -38.64% in 1937, and -38.64% in 1917 — that century’s four worst years. Goldman doesn’t expect 2020 to be anywhere near that bad. (Or, at least, this is what they are telling their clients. The way they calculated that would be interesting to see.)
THINK!

China locked in hybrid war with US

How to fight the COVID-19 pandemic: A program of action for the working class