Home ABOMINATIONS Lessons From Coronavirus: In a Capitalist Society, the Most Expendable Thing is You

Lessons From Coronavirus: In a Capitalist Society, the Most Expendable Thing is You

Editor's Note: Umair Haque is totally spot on with this critique, and it should be read on its own terms. I agree with him entirely, so much so I could have written this myself, in fact, I have. But I regret to tell you that, like all liberaloids, he's much better at diagnosing the disease than at offering cures. His frequent attacks on real socialism, not to mention communism, often devolve into recommending German-style "regulated capitalism" as the solution (Merkel's response to the Covid-19 plague has also been disgraceful, in case he hasn't noticed). Haque, in other words, is a tinkerer, a guy who thinks you can still cleverly  massage capitalism according to the social democrat prescription to become what it isn't and never was or will be: a rational and compassionate social organization system.  Which is only natural for a well-connected Ivy League educated technocrat, the author of the New Capitalist Manifesto, with ties to the London Business School, Harvard, and other temples of orthodox economics . So yea, read what he says about the UK and America, the world's leading capitalo-imperialist nations, the chief and shameless vectors for the horrid and terminal capitalist disease. But keep in mind that Haque's eloquence stops at the edge of real solutions. He won't be with us, with people who really want to defeat the threat posed by a vicious capitalism, until he defeats his own political schizophrenia. —PG 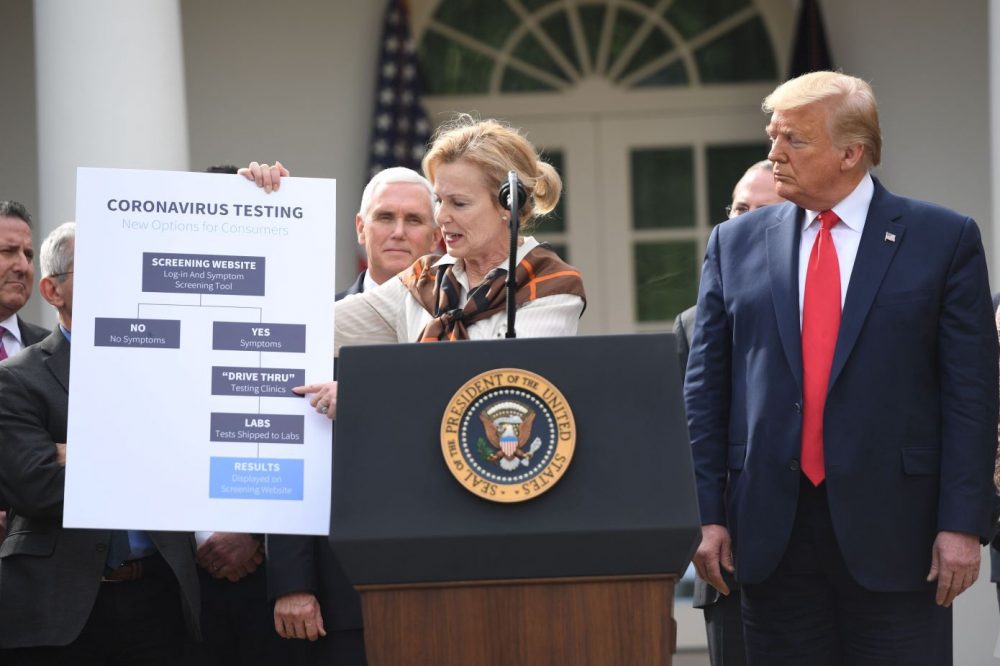 Trump at the White House, trying hard to look presidential, and very belatedly admitting Covid-19 is dangerous. Unfortunately as Disraeli said of King Edward VII, "his lights are dim and few and his best is none too good."

Umair Haque is director of the London-based Havas Media Lab. He is a frequent contributor to Harvard Business Review, which also published his popular book, The New Capitalist Manifesto. Haque is also a popular author at Medium.com. He has 128,000 followers…

The Coronavirus CONSPIRACY – Did COVID-19 Come from America? (by Nathan Rich)

All societies are capitalist . north Korea is capitalist since it deals in money and markets. The future is a resoirse base economy like peter Joseph has illustrated in his zeitgeist movement. What is social democracy ?