Bernie Sanders draws his campaign to an end: The political lessons

By Joseph Kishore—Socialist Equality Party candidate for US president
EXCERPTED

Below we reproduce parts of an analysis by Joseph Kishore, member of the wsws.org publishing collective, a Trotskyist formation. Be sure to read our statement on Trotskyism and factionalism at the foot of the article. While we agree with many of the things the author points out (hence our publishing such materials), we also disagree with some of his more dogmatic arguments, like his inclusion among the "phonies" in the Democrats' "pseudo left" of people like Dennis Kucinich.
The Bernie Sanders’ presidential campaign effectively came to an end Wednesday, with campaign manager Faiz Shakir announcing that Sanders was returning to his home in Burlington, Vermont, where he “is going to be having conversations with his supporters to assess his campaign.” The announcement was emailed to millions of people on the campaign mailing list, without the usual accompanying request for a donation—a sure sign that Sanders is preparing to drop out. 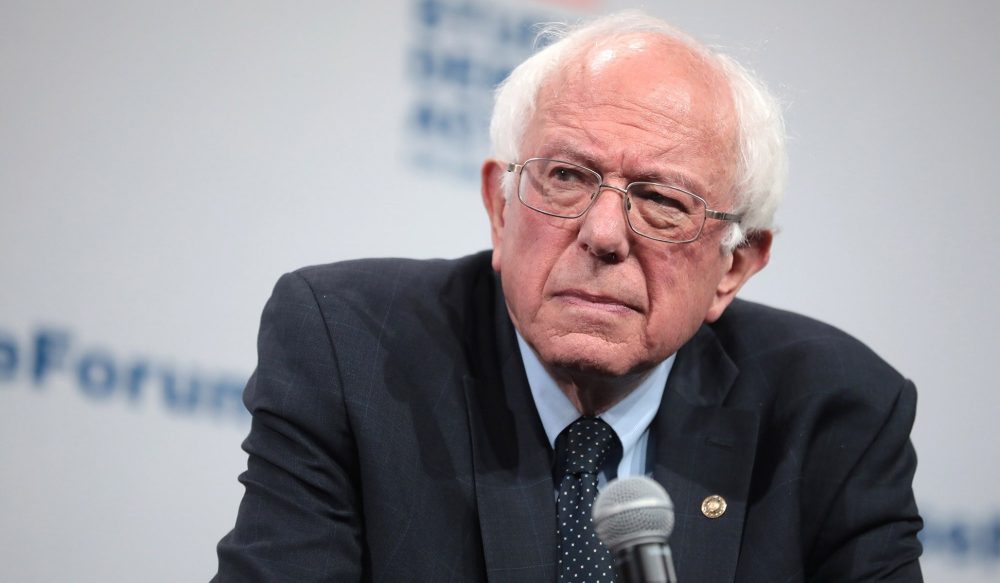 What Sanders and his top aides will “assess” is the exact form in which he will begin to campaign for former Vice President Joe Biden: should Sanders officially drop out now, or should he maintain the pretense of a contest.

It is significant that Sanders is bringing his campaign to a close precisely at the point where reality is demonstrating the necessity for socialism. The spreading coronavirus pandemic is exposing the inability of capitalism to deal with any of the great problems confronting mankind. As the ruling elites respond by funneling trillions of dollars into the stock markets, workers throughout the world are outraged over the criminal indifference of world governments to the lives and livelihoods of millions of people.

For the second time in four years, Sanders has mounted a campaign for the Democratic presidential nomination which mobilized a wide popular following, particularly among young people, based on his calls for a “political revolution” and his focus on social inequality. And for the second time, Sanders will attempt to convince his supporters to back the most right-wing, pro-capitalist candidate available.

The growth of anti-capitalist sentiment revealed in the support for Sanders frightened the ruling class. After Sanders’ initial victories in early caucuses and primaries, the Democratic Party turned sharply against him. The same party that Sanders claimed could be reformed mobilized to resuscitate the campaign of Biden, the semi-senile embodiment of the party as an instrument of Wall Street and the military.

Most of the remaining candidates dropped out and endorsed Biden, while the nominal “progressive” Elizabeth Warren ended her campaign without endorsing anyone—an effective statement of support for Biden. The party mobilized the corrupt representatives of the African American bourgeoisie and petty-bourgeoisie to support Biden on the basis of racialist appeals. The media was organized to present Biden as the most “electable” candidate to defeat Trump, while supporters of Sanders were branded as Russian agents.

Sanders had no answer to the offensive against him. When the Democratic Party kicked him in the teeth, his response was to shift further to the right, adapting himself at every turn. This included a number of statements declaring his readiness to wage war against Iran, North Korea, Russia, and China, and that the US has “the best military in the world.”

At the final debate this past Sunday, focused on the coronavirus, Sanders came off above all as ineffectual and unserious. Nothing Sanders said advanced anything beyond the standard boilerplates of his campaign. It was as if the extreme severity of the crisis passed entirely over his head. His criticisms of “my friend Joe” did not extend beyond mild rebukes. He did not once mention “socialism,” “capitalism,” or his “political revolution.”

In a statement issued Tuesday evening, as the polls were closing on the third consecutive week of electoral defeats at the hands of Biden, Sanders did not propose anything beyond the measures under discussion between the congressional Democrats and the Trump administration. For example, he called on Trump to invoke the Defense Production Act and send military forces to the areas hardest hit by the epidemic, both actions which Trump announced the following day.

Sanders called for somewhat more resources to be devoted to the fight against the epidemic, as well as slightly more generous provisions for those infected, laid off or caring for children because of the crisis—where Republican Mitt Romney proposed a $1,000 check to every American, Sanders proposed $2,000 a month.

Sanders does not call for placing the pharmaceutical and medical equipment industries under public ownership in order to launch an emergency program to open more intensive care units and produce ventilators, as well as the development of a vaccine. He does not call for confiscating the fortunes of the super-rich to pay for the enormous social needs created by the crisis—and aggravated by decades of corporate-directed cutbacks in public health care services. He does not even call for taxing the wealthy.

Most of all, Sanders does not call on the working class to do anything, except passively accept whatever the American ruling elite chooses to provide. Here is the essential phoniness of Sanders’ claims to fight the domination of American society by the billionaires. It is impossible to wage this fight within the confines of the Democratic Party, a party of Wall Street.

The Sanders campaign in many respects mirrors those of previous “left” and “insurgent” Democratic Party candidates and political figures, including Jesse Jackson, Dennis Kucinich, Al Sharpton, Howard Dean and Barack Obama himself—the “transformative” candidate of “hope and change” whose election in 2008 supposedly inaugurated a sea-change in American politics. The results of these previous proposals to perform political alchemy on the Democratic Party are self-evident.

Not only in the United States, but around the world, working people have experienced the betrayals of organizations that claimed to represent an opposition to the capitalist ruling elite, and ended up doing their bidding. This includes Syriza in Greece, Jeremy Corbyn in Britain, Podemos in Spain, the Left Party in Germany, and similar “lefts” in France and many other countries.

Sanders, however, is seeking to carry out the job of channeling opposition into the Democratic Party under far more explosive conditions. Masses of workers and young people are moving to the left. The coronavirus pandemic will vastly accelerate the political radicalization that has already begun.

It is necessary to assimilate the experience of the Sanders campaign and draw the appropriate political conclusions. It is not so much a question of Sanders himself, but a whole type of pragmatic politics that hopes for a solution to the crisis confronting the working class without a direct challenge to the capitalist system.

ABOUT THE AUTHOR
KKK
While using Marxian methods of historical analysis, and working toward a non-capitalist future, The Greanville Post does not endorse Trotkyism or any other specific faction. Thus we republish only those views we regard as useful and largely free of sectarian distortions. In a world in which truth and the correct path to social change, equality and peace are increasingly difficult to discern due to the proliferation of ideologies, information and disinformation sources, and the confusing imperfections and contradictions of many progressive voices, we try hard to give our audience the most reliable roadmap to effective struggle.

Coronavirus: The Hammer and the Dance