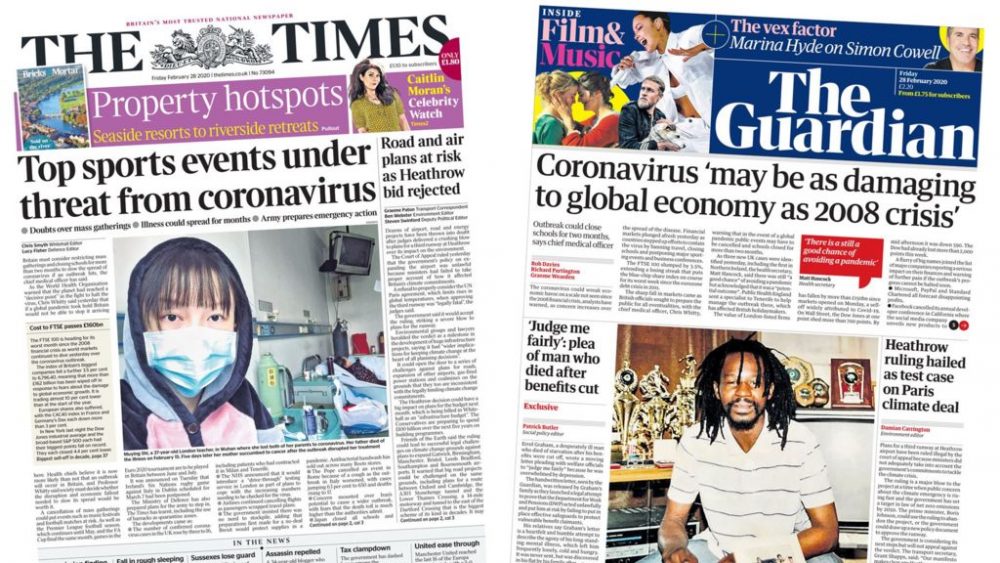 The Western mass media is extremely busy frightening its own citizens and the entire world with statements like:

“A leaked government document has suggested up to 500,000 people could die from coronavirus if the disease is able to infect up to 80 per cent of the country.”

That’s what The Independent wrote on 26 February 2020. And that horrifying number of the fatalities ‘could occur’ according to the ‘documents’ in the United Kingdom.

It all feels bizarre. As if the Western regime were preparing its citizens and the world ‘for the most awful scenario.’

As if there were no solution to this dire global crisis.

“Chinese Virus”, says the U.S. President Donald Trump. He pronounces it with spite, and naturally, China feels deeply insulted. Some citizens and the government officials had enough of the continuous, racist abuses, and they are openly protesting.

Well, first of all, do we even really know where the virus has originated from? In Wuhan? But how did it get to Wuhan, and what triggered the epidemic? We don’t know. Nobody really knows.

Without pointing fingers or drawing conclusions, what we do know is that the U.S. has been engaged in various chemical and biological warfare, in several parts of the world, including Latin America. It also does all it can to provoke and to even damage the People’s Republic of China: psychologically, politically, economically and, perhaps, physically.

These are facts. No need to draw conclusions, yet.

In the meantime, China is helping more than 80 countries worldwide to combat the epidemic.

The White House obviously does not like what China is doing. It is petrified that the most obvious facts would be detected by the people in the United States, in Europe and the rest of the Planet: that North America failed, that the European Union failed, and that most of the allies of the West failed, squarely and patently.

And the more China is doing to save humanity, the more punches it is receiving. And not only China, but also Cuba, and several other socialist nations, which are defending their people instead of business interests.

On 21 March 2020, The Daily Beast wrote in its report ‘White House Pushes U.S. Officials to Criticize China For Coronavirus ‘Cover-Up’:

“As the number of coronavirus cases continues to grow at a rapid pace in the U.S., the White House is launching a communications plan across multiple federal agencies that focuses on accusing Beijing of orchestrating a “cover-up” and creating a global pandemic, according to two U.S. officials and a government cable obtained by The Daily Beast.”

And that’s not all. The report continued:

“The cable was disseminated to officials at a time when the administration is engrossed in a communications battle around how to disseminate the flow of crucial health information to the American public while at the same time deflecting criticism that the White House was unprepared for the pandemic and that President Trump is at odds with members of his coronavirus task force.”

‘Washington has passed off blame to Beijing for its own failures in addressing the Covid-19 outbreak, China’s Foreign Ministry said, hitting back at the ‘Chinese virus’ rhetoric with the ironic term ‘Trumpandemic.’

“Some people in the United States attempt to stigmatize China's fight against the epidemic and shirk its responsibility to China,” Foreign Ministry spokesperson Geng Shuang told reporters on Friday, referring to the finger-pointing adopted by President Trump and other top officials (after weeks of US media outlets calling it the 'Chinese' and 'Wuhan' virus).

This practice ignores the huge sacrifices made by the Chinese people to safeguard human health and safety, and denigrates China's major public health security contributions.”

The bottom-line is clear: China defeated the coronavirus in an incredibly short time. It shared its experience, then began helping many countries, including those in the West. (Italy and Serbia have been visibly and vocally grateful, among other nations assisted by Chinese teams.)

Chinese airplanes and even trains packed with equipment and medical staff are helping to save lives on all continents, in some 80+ countries. Russia is doing its best, too, and so is Cuba.

What is difficult to comprehend is why the Western countries refused to follow the Chinese example? The approach of London, Washington and Rome is sporadic, schizophrenic, deadly.

Compared to what the West is doing now to its people, China, even at the height of the virus outbreak, was using relatively a mild approach. Most of the major Chinese cities were never fully locked-down. While the battle of COVID-19 was raging, China continued to function. Every step of Beijing was logical and determined. Millions of lives were spared as a result.

So, why, despite the extreme measures applied, are hundreds of Italians dying every day, as well as hundreds of other Europeans and North Americans?

Italy is one of the richest countries on Earth.

Is it just a sloppiness of the Western medical system? Is it simply bad planning? Or is it something much, much more sinister?

We will investigate, analyze, and find out soon.

But whatever it is, it is damaging the world, already ruining, directly and indirectly, millions of lives, perhaps irreversibly.

President Trump may be insulting those brave countries which are defending their citizens, as well as the countries that are fighting for the survival of men, women and children, regardless of their age, race and nationality. But it is China, Russia and Cuba, which are now clearing the mess created by Washington, Rome, Paris and London. The world is finally paying attention! And it is Beijing, Moscow and other capitals, which are now asking questions! 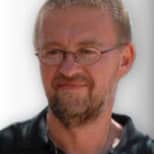 Trump, Putin Will Discuss The End Of U.S. Shale Oil