Published: April 2, 2020Last Updated on April 10, 2020
Please make sure these dispatches reach as many readers as possible. Share with kin, friends and workmates and ask them to do likewise. 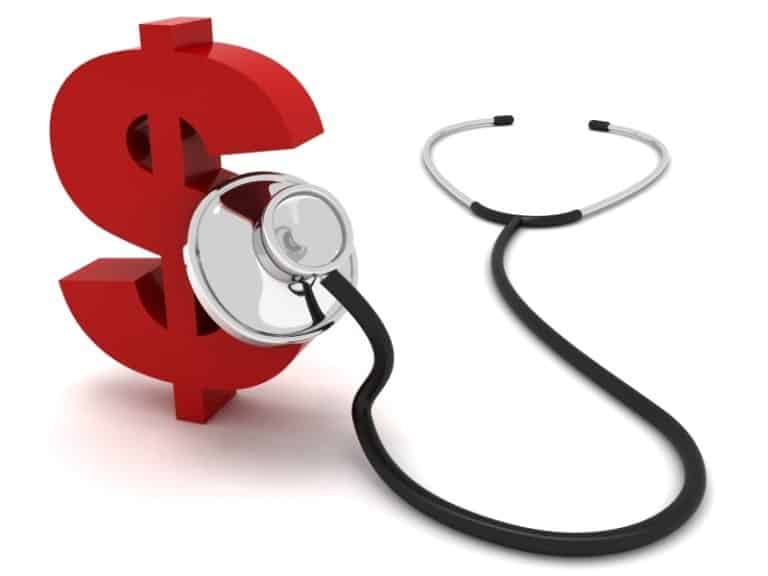 Editor's Note
Thank you, John Buell! While Trump decimated the federal response to this pandemic by cutting the NSC pandemic team, funding for the CDC and WHO, and throwing out the health crisis playbook (among other harmful decisions), the destruction of public and community healthcare began with GOP darling Ronald Reagan.  So much of the mess that the US has become, the corporatization of everything, the selling off of the commons, disenfranchisement, destruction of the safety net, (and so much more) began with Reagan. How ironic that today he would be far too liberal to be a member of the Republican Party, much less a Republican president.

We stand at the beginning of a pandemic. The United States is once again #1, and for a statistic where last is best. The federal response has been an epic fail under an administration best know for lies, graft, and incompetence. There is no sign that it will improve soon, and this may well result in finally succeeding at making the United States a third world country. While Trump is failing in this time at marshaling the responses needed to protect the country and our people, he is simply cutting through the last leg of a stool that the GOP has been trying to topple since at least Franklin D. Roosevelt’s launching of Social Security. However, the efforts to turn the United States into an oligarchy go far beyond the government. It aims to privatize everything, and I do mean everything; from government functions to necessary services, to resources, to the genetic material of every living thing. It does not take a genius to realize that it is a terrible idea to privatize things such as healthcare and corrections, or for that matter utilities such as electricity, water treatment, or even the internet. While believing that business can do everything better (more efficiently and assumedly cheaper) than the government, it is not true. For the driving motives of “business” are PROFIT and GROWTH. On one hand, that means spending as little as possible on the bottom line, and on the other, it means making as much as possible on the “product” or service sold. This includes practices such as limiting availability and removing competition.

Which brings us to the many dystopian manifestations of the current pandemic and the “privatized” healthcare system of the United States. I live in an area where on an average night the Emergency Departments are overflowing and it can take a day to move someone from the ED to a room. Meanwhile, the hospital I go to most frequently as a whole ward that they have had closed for over a year. I’m positive this is the case across the country because the goal is to provide as limited services with as few staff as is possible. There have been no plans to expand emergency care in the whole city even though the city is underserved. Another version of this is in the “PPE” (personal protective equipment), and things like ventilators. Hospitals, cities, and states, and FEMA are bidding against each other while manufacturers raise prices and send millions of necessary items overseas to the highest bidders. WHY hasn’t the “President” invoked price controls and anti-profiteering measures? It has been done numerous times. There was even legislation (which I assume is STILL sitting on Mitch McConnell’s enormous desk) known as the War Profiteering Prevention Act of 2007 that might be dusted off and passed.

Unless somebody stops capitalism as usual, this already disastrous situation could morph into a total catastrophe˘—Rowan Wolf, Uncommon Thought


[dropcap]T[/dropcap]he escalating total Covid-19 deaths in New York City and the frantic quest to obtain life-saving medical gear has rightly captured media attention. New York governor Andrew Cuomo’s impassioned plea for more federal assistance and a need-based system for allocating aid among the states was covered by CNN and other major corporate media. Nonetheless, they omitted the backstory, the grave decline in NYC hospital capacity over the last two decades, continued and endorsed by the leadership of both political parties.

Though much attention was focused on how short of ventilators, masks, and beds the hospitals were there was almost no attention to how the city fell into this crisis. It was as though only the virus was to blame. Over many years now Medicaid and healthcare activists have made hospital closures an intensely contested issue. In the last two decades, NYC hospital beds have gone from 73,000 to 53,000. Democracy Now co-host Juan Gonzales and guest Sean Petty, an emergency room nurse in the Bronx, point to the role that a market mentality creeping into private and even many nonprofit hospitals has played in this decline. “During the years Cuomo has been in office, the number of beds available per patient in the United States in many states has declined dramatically, mostly because hospital managers see empty beds as not money-making, so they want to reduce the number of empty beds as much as possible, so they staff fewer and fewer beds.” Beds, in short, are subject to the same just in time principles that govern any other supply chain in the modern market economy. Applying just in time metrics to all key resources purportedly maximizes efficiency.

Efficiency, however, is a concept that deserves more critical scrutiny. Writing in the Atlantic Helen Lewis argued: “The tech sector’s overarching philosophy remains bent towards treating the human brain and body like a machine that can be tweaked and perfected until it is running at peak efficiency,” the journalist Lux Alptraum wrote for Quartz in 2017. This is, however, a fundamentally inhuman philosophy. People aren’t machines. We are inherently inefficient, with our elderly parents and sick children, our mental-health problems, our chronic diseases, and our need to sleep and eat. And, as the past few months have demonstrated, our susceptibility to novel viruses.…

Humans and the ecosystems of which they are a part are volatile and not always predictable. The decision to forego back- up systems and ample inventories is analogous to a homeowner’s choosing not to insure his/her house because a fire is unlikely and insurance premiums consume after- tax income. Fortunately, most homeowners don’t or are not allowed to think that way. In the public arena, however, things are different. 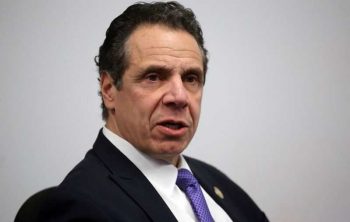 Don't go falling in love with Andrew Cuomo just yet. He may sound and act a lot better than Trump and his mob, but that is a very low bar. His embrace of Israel and attachment to neoliberalism promise more of the same.

Governor Cuomo has been generally supportive of the neoliberal development model that includes tax cuts for business and fiscal austerity for the public sector to fund those cuts. He shares the centrist faith in markets as perfect information processing systems and strives to remove the public from active participation in such decisions. When the state budget mandated multi-billion-dollar cuts in spending for hospitals he attempted to deflect attention to his role by creating a commission comprised disproportionately of health industry insiders.

Those industry insiders seem to object even to the discussion of this backstory. “Focusing on closed and consolidated hospitals does nothing to help the task at hand,” said Brian Conway, spokesman for the Greater New York Hospital Association. “All that matters is rising to the current challenge, and the hospital community is deeply committed to doing exactly that.

This is the familiar line of an institution in crisis. When the crisis is in full force now is not the time to explore its history. That would be fine except for two facts. Knowing how we arrived at this potentially catastrophic point is one key to a more humane resolution of it. Major media, including NPR, sadly have done little to explore the deeper background of the NYC shortages. Activists and alternative media must fill the void. Secondly, even in the face of corporate healthcare’s many tragedies and inequities, its proponents and beneficiaries continue to push for its preservation and extension of a market dominated health system from which they profit.

Recent sociological studies aimed at locating and finding the backgrounds of the most influential leaders in both private and nonprofit healthcare indicate that MBAs are replacing those whose primary focus is in health delivery, public health, and biomedical research. Thus if these players get their way, potential vaccines to prevent a future COVID-19 pandemic will be patented and thus limited to those who can afford their inflated prices. The politics of healthcare and COVID-19 provide ample reasons for anger—toward corporate healthcare and the corporate media so oblivious to their exploitation.

All material is under a Creative Common share with attribution license unless otherwise noted. 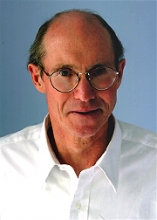 John Buell has a Ph.D. in political science, taught for 10 years at College of the Atlantic, and was an Associate Editor of The Progressive for ten years. He lives in Southwest Harbor, Maine and writes on labor and environmental issues. His most recent book, published by Palgrave in August 2011, is “Politics, Religion, and Culture in an Anxious Age.” He may be reached at jbuell@acadia.net

Rowan Wolf is a retired academic (sociologist) as well as founding editor of Uncommon Thought, and former associate editor of The Greanville Post. Her struggles with the healthcare industry as a result of a double lung transplant give her particular insight into the actual workings of this vital but abominably managed sector of society.

MoA’s gloomy prediction: The U.S. Will Drown In Covid-19 Cases

One Quarter of the World’s Population is Under US Sanction