Home ABOMINATIONS How The Coronavirus Killed The Shale Industry

April 11, 2020 9 minutes read
Please make sure these dispatches reach as many readers as possible. Share with kin, friends and workmates and ask them to do likewise.

A DISPATCH BY MOON OF ALABAMA, WITH SELECT COMMENTS 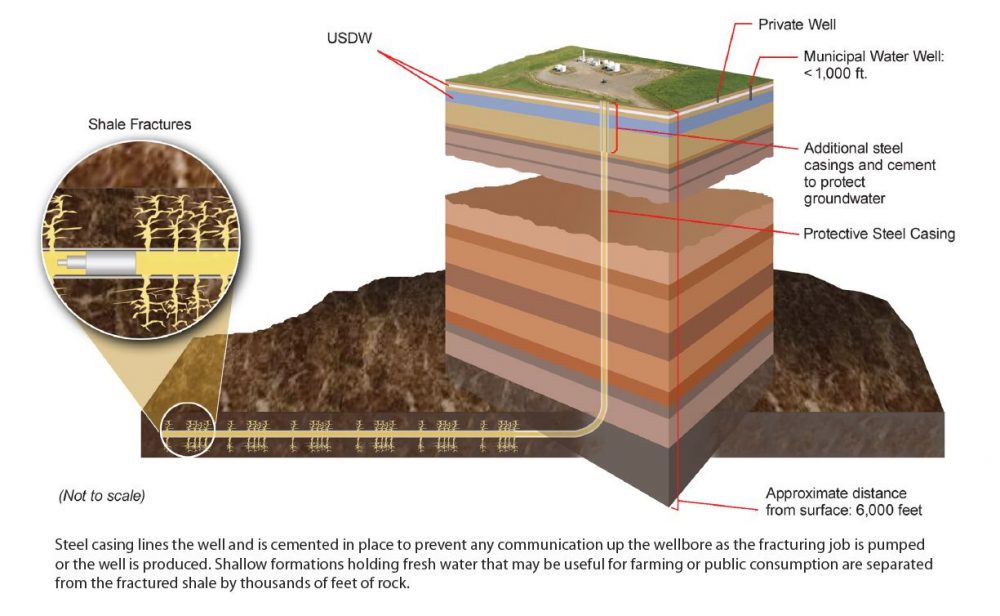 [dropcap]T[/dropcap]he answer to the question OPEC++ or a dead shale industry? is in.

The shale oil industry will die. It may come back in the future but that will be years from now.

The coronavirus pandemic has cut oil demand from 100 million barrels per day to some 75 Mbpd. Oil prices have fallen from $60 per barrel to $20/bl.

On Thursday OPEC+, the original oil producer cartel plus Russia, agreed formally to cut output by 10 million barrels per day. The real promised cuts would have been smaller. But the agreement depended on the commitment of all OPEC members.

Mexico did not agree to a cut. The country has hedged nearly all its oil exports:

Mexico, the world’s 12th-largest producer of oil, has hedged much of its 2020 output — that is, agreed ahead of time to a set price, reportedly about $49 a barrel. That practically eradicates any incentive Mexico might have to go along with production cuts this year.

At $1.3 billion the hedge was expensive for Mexico. But it guarantees that its budget for this year is fully covered. Mexico also redirected parts of its export to its own refineries to produce gasoline which it would otherwise have imported.

OPEC+ had also expected that other producers, the U.S., Canada, Brazil, would agree to cut their production by 5 Mbpd. Together with the 10 Mbpd from OPEC+ that would have helped to keep the oil price from sinking further. Yesterday a meeting of the G-20 countries was held to discuss the issue. None of them commited to hard cuts or quotas. Canada denied Russian assertions that it would cut 1 Mbpd. The U.S. rejected to cut more than what was already shut in for a lack of market. There will be no OPEC++.

Yesterday Trump talked again with Putin. He was told that there is no deal without Mexico and the other American producers committing to one. Trump then promised to somehow make up for Mexico:

By Friday afternoon, Trump was suggesting the U.S. falloff was sufficient to cover Mexico’s burden, as well — apparently without any sort of presidential order or quotas imposed by Washington.

It is questionable that OPEC+ will accept Trump's assertion as being equal to an official cut of Mexico's output. There is then no deal. While the OPEC countries will claim to stick to their official quotas to avoid U.S. pressure everyone will cheat and try to sell as much as possible.

Russia, Saudi Arabia and other Gulf countries may still cut some production. But the reason for that will not be Thursday's OPEC+ deal but a lack of demand and no room left to store surplus oil.

It means that the price of oil will move below $20/bl until demand comes back from its current 75 Mbpd to above 90 Mbpd. That can only happen when the coronavirus pandemic has ebbed, when the quarantines have ended and air traffic resumes at a sufficient rate. That point will probably come two years from now. But the effects of the global depression the pandemic will cause will take even longer to heal. When demand finally comes back to precious levels a rise in oil prices will still be much delayed because all storage is now full and must be sold off before more crude production can go back online. 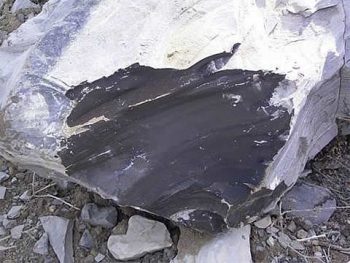 Shale rock: whatever the market price, too high for the environment. (National Geographic)

U.S. shale oil was marginally profitable above $45/bl. That price is out of reach for the next to three to five years. That is much longer than the shale oil companies will be able to finance themselves. U.S. banks, which have loaned billions to those companies, are already getting ready to seize their assets. The banks will lose most of the $100+ billion they invested in shale companies.

The oil industries in North America had been free riding on the previous OPEC+ deals which limited production in countries which can produce at much lower costs. The artificially upheld prices have broken down and there is no way that they will come back any time soon.

This is a catastrophe for the labor market in the U.S. oil patch. Especially as the job losses will come on top of those in other services and industries.

It is also catastrophic for those Persian Gulf countries that depend on oil sales to finance their budgets. Iraq will be hit very hard and the lack of money may cause it to fall apart. The Saudi 'royals' will no longer be able to finance the welfare state that has held down any serious challenges to their ruling.

Alternative energy producer may also become a casualty of lower oil prices as they are no longer competitive. With low gasoline prices electric cars will lose their advantage of cheap electricity.

So, the US military will be very active in securing oil the US may need or want, but will also prevent other nations from accessing their oil.

And poor Iraq definitely will have to fight a war against the US. Syria already knows it will be fighting soon to get control of its oil.

Logically, the easiest thing for the US is to dump the Kingdom and take the Saudi oil.

Lots of options for the Hegemon.

Trump's maxim: Take the Oil, soon will be national security policy. America First! MAGA. And all that Exceptional stuff.

US Shale industry will not be allowed to collapse completely. If no deal with OPEC can be reached, look for war in the Persian Gulf. That would drive oil prices back up to where US Shale would be profitable again and it would avoid the unraveling of the derivative bomb.

US moves towards Venezuela and it consolidation of its forces in Iraq should be seen as preparatory moves for a war with Iran. The math has now changed in Washington...

WTI @ 22.76 this morning. That's not only going to drive shale out of business, it's going to take a big bite out of the majors as well. Peak oil is back on the table, and probably here to stay.

Alberta is much closer, connected by rail and pipelines, and they are desperate to sell their crappy bitumen that no one wants. There's no need for Uncle Sam to steal Venezuelan oil and I doubt US really wants it. But Venezuela must be punished for disobedience, just like Cuba and elsewhere.

Anybody remember a few years ago there was a media campaign to promote Canada's "ethical oil"? I guess it didn't work so well, since recently they were selling Western Canada Select for $5 a barrel.

> Peak oil is back on the table

Ha, ha, ha, ha, that's a good one! Various con artists have been promoting that idea since the day after the first refinery opened. It used to be that Peak Oil! would drive prices to infinity. Now they are saying it will drive prices to zero, then to infinity, or some other crazy prediction? Too funny.

(note: I didn't read the linked article - couldn't be bothered, today I'd rather bloviate!)

The USA has tried unsuccessfully to get their hands back on Venezuelan Oil.
Don't think they will be successful.
This is not an issue that capitalism understands.

Low oil prices, in isolation, aren't bad news for the USA as it is also the largest oil consumer. So, whatever it loses in the producing end it gains in the consumer end.

What makes those low prices bad news for the USA is the addition of another ingredient: consumption in the USA is also low (since 2008).

The true winner here is China. The moment the oil crisis became imminent, it outright ordered its oil companies to lower production. Yes, theoretically, this is bad, because it would lose market share - except for the fact that it consumes all the oil it produces. And who's the owner of the Chinese oil sector? The Chinese government itself. So, as it lowers production, it gains either way.

Meanwhile, it can continue to import gargantuan quantities of oil at extraordinarily cheap prices and sell at the Chinese market at constant prices. The Chinese people wins two ways: 1) its own nation will emerge geopolitically stronger when the pandemic is over and 2) lower taxes: the government, as owner of the means of production, can afford to constantly lower taxes on the working classes. It has already cut taxes in this pandemic.

Russia must seize the opportunity and reindustrialize. Putin already admitted his administration's mistake during the commodities' boom of the 2000s in 2016 Q&A, so I hope he uses whatever the Russian government has at its disposal to try to go back to the glory days of the USSR. The clock is ticking, so he must act fast and decisively.

A New Deal, a Great Depression:  The Rockefellers take charge

“Fascism should be called corporatism because it is a merger of state and corporate power.”