Home ANTI-CORPORATISM Debunking Some Ideas About The Virus

Debunking Some Ideas About The Virus 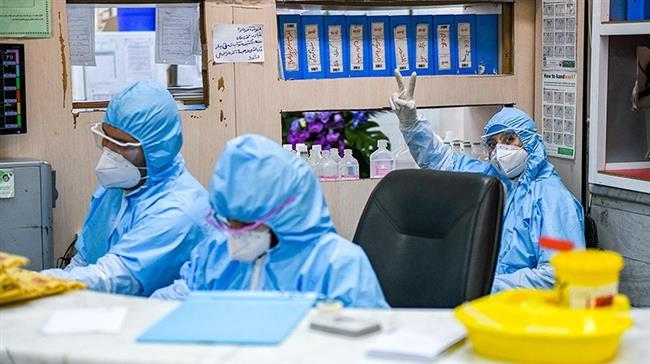 We still do not know for certain where the virus that causes the current pandemic has come from. China's first known Covid-19 case has now been traced back to mid November. While the virus is most likely a natural creation the U.S. State Department officials now point to alleged insecurities at the safety level 4 laboratory in Wuhan which did research on similar viruses. It spreads unfounded rumors that the virus escaped from there. But the U.S. itself has many such laboratories with long documented security issues and there is reasonable suspicion that the real patient zero case has happened in the U.S.

Science will eventually solve that conundrum. Until it does there is little to gain from further speculation about it.

There is a loose group of people who think that the current pandemic is some conspiracy with a nefarious purpose.

Some of them still compare the disease caused by the novel coronavirus to a flu. Some doubt that current restrictions of their personal liberties are legitimate and justified. Still others doubt the value of masks (Yesterday I deleted a comment that argued against masks.)

It is probably a waste of time to counter the arguments of such people. But I will give it a try.

The graphs show the normal mortality rates in the England and Wales and in New York City and the current deviations from it. The flu does not create such graphs. Nor do the lock-downs.

Here is the story of today's @ONS mortality statistics in a single chart. The worst week for UK mortality (all causes) since records began.
The blue area shows the minimum and maximum mortality each week since 2010.
The red line shows you this year so far. pic.twitter.com/j71W00tCVy 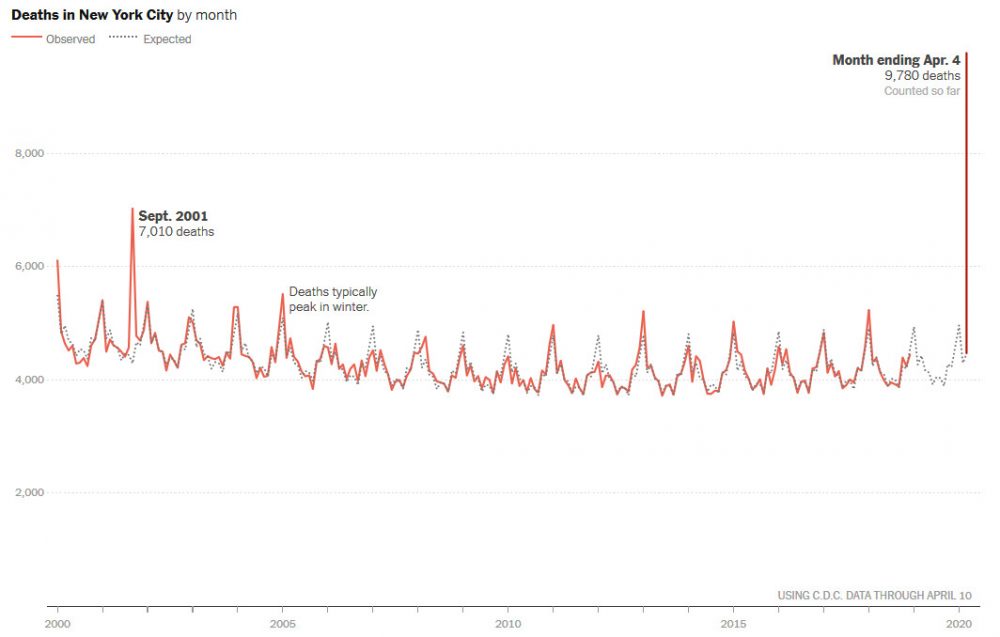 A lot of the currently occurring death get misclassified. This happens in both directions. Death caused by an underlying disease may be classified as Covid-19 death if the person was tested positive. But the extreme increase of 'cardiac arrests' at in New York City is certainly related to Covid-19 even as those deaths are not counted as such:

New Yorkers are making four times as many emergency calls about cardiac arrests as they did last year [...] about 200 of these heart-attack victims are being pronounced dead at the scene each day, up from around 30 this time last year. 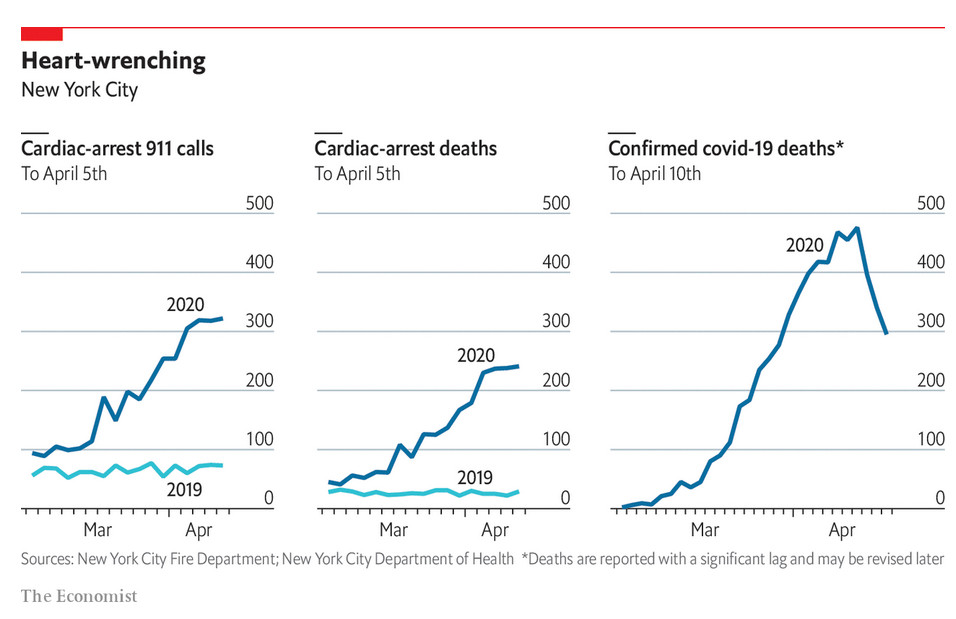 Some people in 'western' nations fear for their freedom and mistrust their current governments when they order a lock-down. There must be some nefarious purpose behind it. But why have the governments of China, Iran and Russia ordered similar measures? Are they part of a global conspiracy? I don't think so. Lock-downs are simply a sensible method to slow the spread of epidemics. They have been used with more or less success for hundreds of years.

[V]irtually all key aspects of any civilized society go contrary to the absolutism of individual rights. Every civilized society has some sort of legal system, some basic rules that everyone is expected to follow. Most civilized societies have a public education and (except for the United States) a public health insurance system designed to benefit the whole population. These elements of civilization include constraints on individual freedom.

The benefits to each individual of living in a civilized society make these constraints acceptable to just about everybody. The health of the individual depends on the health of the community, which is why everyone in most Western countries accepts a single payer health insurance system. The only exception is the United States, where the egocentricities of Ayn Rand are widely read as serious thought.

It is without doubt that masks are helpful to limit the spreading of the epidemic. An infected person begins to spread viruses by breathing, talking, singing or coughing on day 2 after the infection. Only on day 5 or 6 will the symptoms of the disease set in. Some people will never feel symptoms but can still infect others usually up to day 10 after the infection.

Masks stop the viruses one sheds from reaching other persons. They do this effectively. 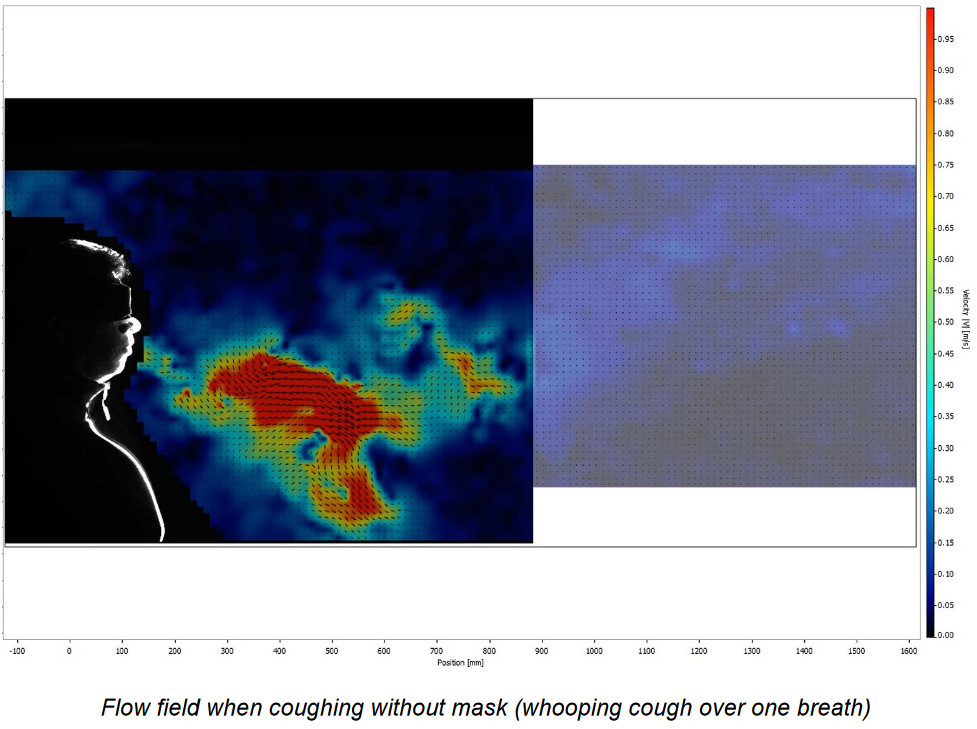 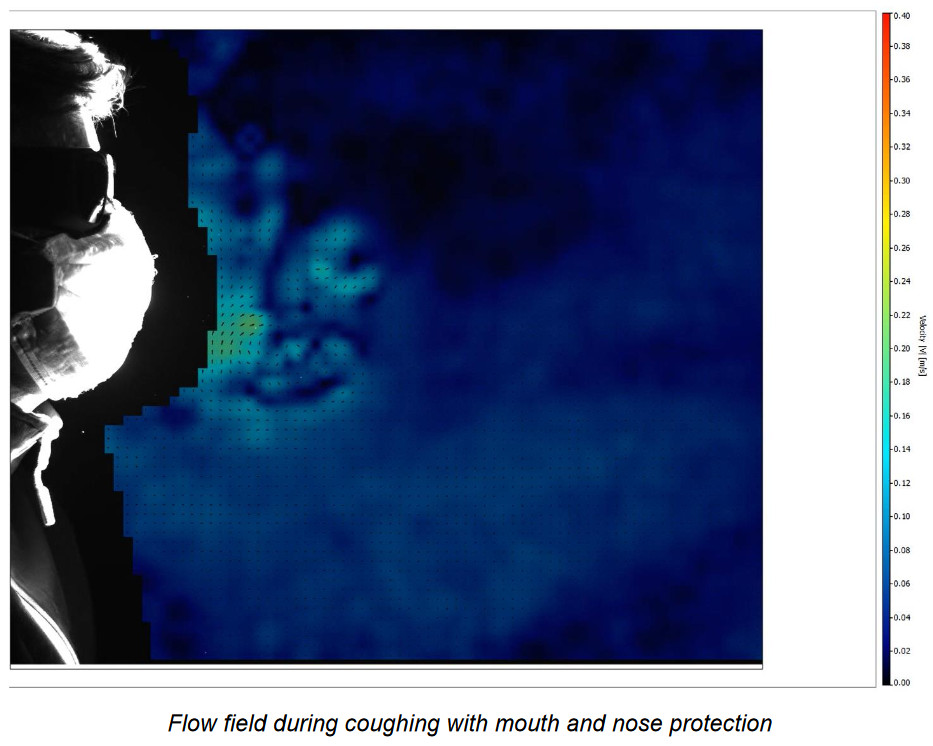 The German government is currently evaluating when to lift the current lock-down. Its science advisors are pushing for making it mandatory to wear a mask in all public settings. It is likely that the government will follow their advice. The above pictures show that this makes sense.

Research saying nCOV/COVID-19 is naturally occurring because it does something which existing science had no idea existed: source

Existing computer models predicted that the new coronavirus would not bind to ACE2 as well as the SARS virus. However, to their surprise, the researchers found that the spike protein of the new coronavirus actually bound far better than computer predictions, likely because of natural selection on ACE2 that enabled the virus to take advantage of a previously unidentified alternate binding site.

The hard core conspiracy theorists are just going to say that "weapons science is more advanced than public science", but whaddya gonna do?

The question seems to be whether or not it's necessary to plunge the world into a depression to save a few thousand lives, most of which were an illness away from dying anyways.