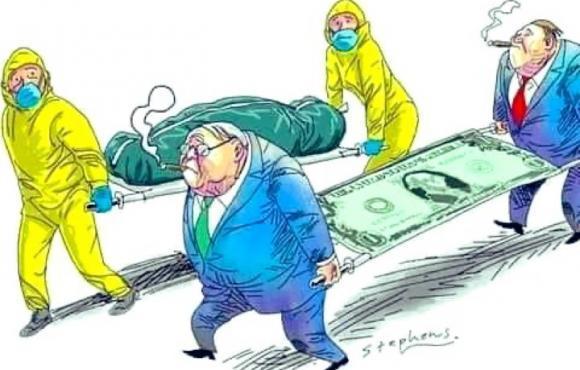 In the catalog of health provision and financing systems, we find a wide range, from the most private to the public and free of charge. There are systems whose provision and financing are completely privatized, such as the United States, Chile and Colombia, where the facilities that provide health services are private and in order to enter and be served, people have two options: either they pay for the service out of their own pockets or they take out an insurance policy so that when a contingency arises, they pay the bill.

This type of health system based on the intermediation of insurance companies in which a “third party” pays, in addition to being extremely costly (the insurance company keeps a hefty margin of the business’ profit) is the most exclusive: 1) if you do not have how to take out a policy, the safest thing, worth the redundancy, is to be left out, and in this unequal world in which 1% of the world’s population appropriates 82% of the wealth, it is many, many people who do not have sufficient resources to take out health insurance. 2) This insurance system is so perverse that exclusion is not only for economic reasons but also for age: the issue becomes more and more complex if you are over 50, 60, 70 and 80 years old, if you want health insurance you must pay more, that’s for sure.

The justification for this type of system is the classic neo-liberal discourse that the state is inefficient, that it should not meddle in the economy or in the affairs of the market, which makes the mercantilist conception of health clear.

Trials of this type of health system began showing up in the Americas in the mid-1970s. Chile under the dictator Pinochet, in the visible hand of the monetarist and neoliberal Milton Friedman, first signed up for the experiments and in 1981 created the Provisional Health Institutions (Isapres) which are private health insurance companies, that by the way, made around 80 million dollars in profits last year. They also created the National Health Fund (FONASA), a public fund for those cases that were redirected by the ISAPREs. As for the provision of health services, it began to be private and to keep everything in the family, the owners of the clinics are the same owners of the ISAPREs.

Colombia is another good example. In 1993, then-Senator Alvaro Uribe proposed, and it was approved, the privatization of health care in that country. Following the format, the Health Promotion Entities were created, that is, the private insurance companies.

In Venezuela, during the government of Rafael Caldera in 1996 and as part of the same Plan for the entire Region, the Organic Law on Social Security was approved, which consisted of the privatization of health and the pension system. In Chile, Colombia and the United States, with the discourse of the inefficiency of the public sector (after having defunded and dismantled it) they approved the creation of the Health Fund Administrators and the Private Health Service Providers.

With the arrival of the Bolivarian Revolution and the approval of Articles 83, 84, 85 and 86 of the 1999 Constitution, which clearly establish that health is a fundamental social right and will be guaranteed by the creation of a single, public health system, Caldera’s law slipped down into history. From that moment on, the public health system in Venezuela was strengthened. The network of public facilities increased by 397% and the ratio of physicians per 1000 inhabitants rose from 0.8 to 3 between 1999 and 2018. More than 80% of the population is served by the public system, the immunization plan is completely free, as are the high-cost drugs and these are just a few examples with much more remaining to be done.

At the other end of the catalog are the public health systems within the framework of a socialist system. In these cases, they do not ask for credit cards or the insurance key to enter the hospital. It is completely free. An emblematic example in our Region is the Cuban model. Despite 60 years of the criminal blockade imposed by the United States, Cuba has the best health indicators in the Americas and the world. According to data from the Pan American Health Organization, the infant mortality rate on this Caribbean island is 4 per 1000 live births, far below the Latin American and Caribbean average of 13.04 (the infant mortality rate is the number of children under 12 months who die each year for every 1000 registered live births).

In Times on Pandemic

Compared to China, the prevalence rate of Covid-19 in the US is 25 times that of the Asian giant and the mortality rate is 23 times higher.

After so much hype about the alleged humanitarian crisis in Venezuela (yet another US invention to justify the invasion of our country), we wonder who really needs humanitarian aid as a matter of urgency. 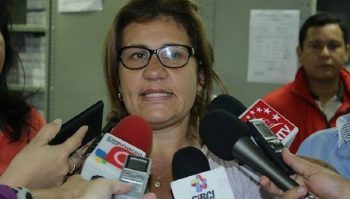 Pasqualina Curcio is Professor in the Department of Economics and Administrative Sciences at the Simón Bolívar University in Venezuela. In her recent book “The Visible Hand of the Market: Economic War in Venezuela”, with a foreword by the prominent intellectual Luis Britto García. Here she explains the causes of the complex situation of the Venezuelan economy using solid econometric and statistical foundations that do not usually appear in the media. She shows that the “invisible hand” of Adam Smith does not guarantee the efficiency of the markets and much less the social welfare, even more so in countries subjected to an external economic war aiming to disrupt an alternative social-economic model.

The Secret Life of A Superpower