Home AMERICAN BRAINWASH The Virus of the Lie

The Virus of the Lie 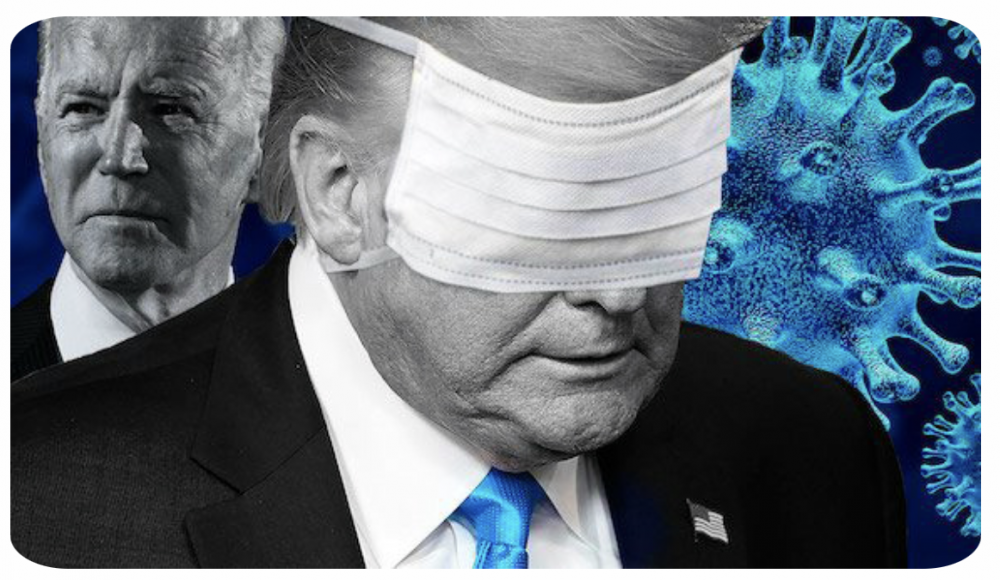 “If we saw this pandemic as a conflict, then we could talk about two fronts,” Carl Miller, research director of the UK-based Demos Group’s Centre for Social Network Analysis, told Al Jazeera. The first line is the pressure on health services, and the second is the social and political turmoil that the virus and our response to Covid-19 have caused. “The battle against false news is key on this front,” adds Miller.

We have consumed lies for many years, but now that something has gone out of control, especially psychically, the table is set for the lifelong lunatics and haters. These days, reports Miami New Times, certain Miami “leaders” have put forward the theory that Cuba is behind the epidemic.

“It is well known that the Cuban government, after the Bay of Pigs and the missile crisis, began to experiment and get a lot of support from the then-Soviet Union in biological warfare and all kinds of weapons,” said Miami-Dade County Commissioner Javier Souto, an octogenarian who has been in office for decades, and who managed to pass a resolution banning flights to the island — just after the Havana government’s announcement that it had closed its borders.

But it was not Miguel Díaz-Canel who made a fool of this crazy theory. USA Today analyzed the travel destinations of hundreds of Floridians who later tested positive for Covid-19. They had visited 46 other countries and every continent except Antarctica. Only 11 had been to Cuba, but they did not catch the disease there, according to the U.S. daily.

Souto’s story is told backwards. Cuba is not the country with the most deaths and Covid-19 infections in the world that has exposed the inefficiency and cruelty of its health system, nor is it the one that in the midst of this unprecedented crisis is unable to offer its own people, let alone the planet, any civilizing ideal other than financial and environmental depredation.  Even the hawkish Henry Kissinger, an accomplice to scandalous genocides and a prophet of “American” exceptionalism, doubts “the ability of Americans to govern themselves”.

This Monday, without going any further, the Miami trolley brigade in the style of Operation Berlin against Andrés Manuel López Obrador, released a supposedly current image, in which carts pulled by horses with health personnel on board appear. This is a photograph taken on May 1, 2018, in Placetas, a small town in the center of Cuba, during the march for International Workers’ Day.

But the crude, ultramontane Miami right is only a mediocre apprentice of the State Department. In the midst of the wave of world sympathy for Cuban medical collaboration with poor and rich countries in times of the coronavirus, an official from the U.S. Embassy in Havana said that the government of Donald Trump sold millions of dollars’ worth of medicines and medical equipment to Cuba last year, insinuating that the economic blockade that his country exercises on the island is the work of the Caribbean imagination. Dr. Lazaro Silva, vice-president of Medicuba, the state agency that imports health supplies, responded with three words: “Let them prove it”.

Another bureaucrat, the undersecretary of State, called doctors and nurses “slaves of the Cuban government”, Washington’s favorite insult since it convinced the governments of Brazil, Ecuador and Bolivia to expel the health brigades from Cuba, something that is now bitterly being demanded of Bolsonaro, Lenin and the usurper Añez by the peoples punished by the virus and government incompetence.  “It is a label of well-calculated propaganda conceived of by the United States government to discredit what is an indisputable moral achievement of a developing country,”  was the response of the Director of the General Division for the United States, of the Ministry of Foreign Affairs to the Washington Post.

There is an epidemiological pattern in the false news and prejudices that have circulated about Cuba for more than half a century, as is the case with the sanctions that the United States unilaterally applies to the countries it considers “enemies”. Pope Francisco, the United Nations and dozens of personalities and organizations have demanded the lifting of the punishments from sanctions that are hitting the countries in the midst of the pandemic doubly hard.

Trump, deaf to all this, does not even realize that he has placed the United States at its lowest level of political and moral influence, with its usual weapons -the arrogance of power, the ecstasy of dominance, the ambition of hegemony, the rage of self-assertion- quite dented. If something is expressed on both fronts of this pandemic, it is that no country has been left out of the deadly war against the new coronavirus and, with such tension on its shoulders, there is no one who can stand the imprudence of the imperial lie. And if that lie focuses on Cuba, even less so.

Rosa Miriam Elizalde is a Cuban journalist and editor of the site Cubadebate. She is co-author of the book Chavez Nuestro.
THINK!