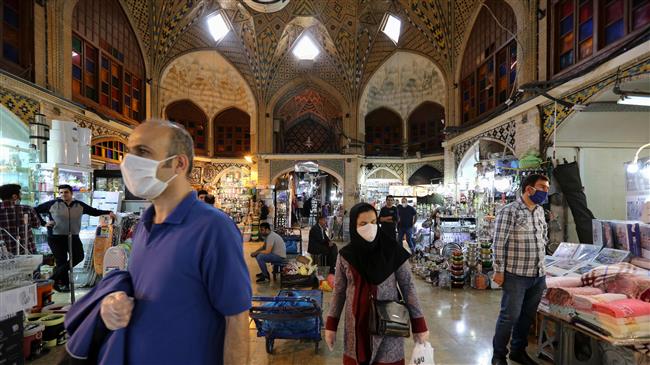 Iranians shop at the Grand Bazaar market in the capital Tehran on April 20, 2020, as the threat of the COVID-19 pandemic lingers ahead of the Muslim holy month of Ramadan. (Photo by AFP)

A dispatch from PressTV

So it took a pandemic-plus-lockdown for some in the West to realize that classic economic liberalism on a global scale - i.e. the narrow hyper-specialization of Adam Smith’s division of labor and David Ricardo’s caste-forging theory of competitive advantage - makes a nation economically vulnerable? This epiphany is not novel for those countries which imperialists forced to precariously rely on a single cash crop/cow.

It is interesting to watch American television these days: almost never openly discussed is the financial impact of the Great Lockdown on the lower classes. What the average American is bludgeoned with instead is a constant stream of doctor-worship, technocrats, electioneering politicians who cannot stop sniping despite such a crisis, and high-class analysts telling them to stay home at all costs - the financial condition of those who don’t even have $500 to cover in an emergency are ignored, even though they compose 63% of the US.

Even pre-corona, US TV is a realm where lower-class Whites who speak with a twang, poor-but-not-hustlin’ Blacks, and Latinos who don’t sing/dance/clean simply cannot be found. American Indians are so entirely absent they may as well not even exist.

If we had to define Iran’s economy in one brief sentence it would be: All are considered, but the needs of the lower classes must come first.

No Iranian would deny this has been the case since 1979, and it really became eye-openingly apparent after the end of the War of Sacred Defense (Iran-Iraq War): there has been a constant decrease of slums and absolute poverty, and a constant increase of infrastructure, education and production and diversification. Not only does this explain the country’s huge jump in seemingly all economic metrics since 1989, it also explains why Iran could rally 300,000 volunteers (propaganda alert: The Wall Street Journal’s “water cannons” were actually “disinfection cannons”) to go door-to-door to inform, help and prevent the spread of coronavirus - there is support, trust, unity and two-way dialogue.

When corona first hit many Iran-ignorant commentators assumed it would devastate a backwards nation governed by an unfeeling totalitarian state: while over 5,000 have died, Iran’s proportional death rate is better than almost every Western nation. 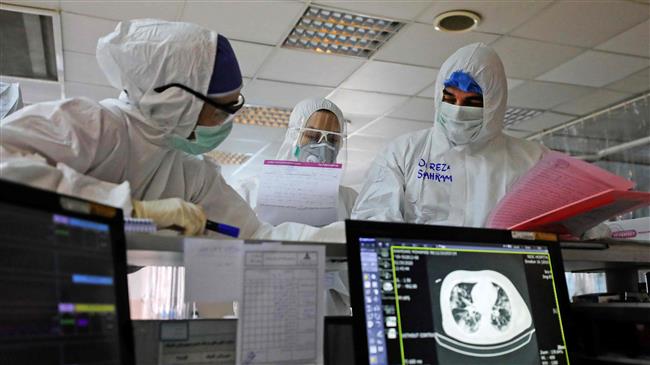 Coronavirus in Iran: Iran says the rate of daily coronavirus infections in the country has decreased by over 50 percent in the past 18 days.

Of course, I know you’ll say “Iran is lying” - you have been indoctrinated to say that in response to any claim made by any Iranian. Ever since the 2011 triple sanctions (US, EU, UN) were deployed the Western Mainstream Media has added doubt indicators such as, “Iran says….” to every headline stemming from Iran. I used to get annoyed by it, but it’s old news now - if the government said the sun came up today the headline would be, “Iran says sun rises in East”.

So the skeptics/Iranophobes will remain eternally unconvinced, and I respond with habeas corpus - produce the body. Indeed, this is a demand for proof which Western epidemiologists - and their technocrat-worshipping promoters - are scrambling to come up with: It turns out their direst forecasts were far less accurate than modern weather reports (usually because they underestimated the influence of personal responsibility initiatives), and perhaps shouldn’t have been hysterically and uncritically relayed by Western corporate media.

As the Iranophobes scour satellite photos for secret mass graves (How many people do you think Iran is hiding - 50,000, 100,000 dead people? How many more would have to be silenced, and in a nation full of personal media devices? The idea that such a thing is possible is absurd….), and while the West employs more draconian measures than Iran ever did (due to worse health care, lack of volunteers due to fears of expensive health care, a stressed/unhealthy/obese population, the lack of existing lines of national coordination, an acclimation to “states of emergency” and other factors), Iran is ending curbs and going back to work. And they are also back to work being honest political truth-tellers: US imperialism is indeed a worse virus than the coronavirus, per President Rouhani. No body count comparison required on that one because it’s not even close - Western epidemiologists can relax.

Iran is returning to work slowly: many are working from home, women with young children are given priority to decide who works remotely, the government is asking everyone to use common sense, but the resumption of normal activity comes after many in the government openly displayed common sense by saying that an economic crisis simply should not be added to a heath crisis.

Undoubtedly, if Iran had not been so harshly attacked with such an inhuman blockade they would have had more oil-money savings to pay people to stay at home like in some nations, but they were cruelly denied this chance by the West, along with medicine, justice, peace, etc. The West’s governments are demanding that their lower classes commit economic suicide over corona fears, but Iran’s lower classes know that the biggest, most reliable patrons they have are the Iranian government - that’s why after taking sensible measures they are encouraging a sensible, safe return to work.

Everybody must use common sense, and a recent fatwa from the Leader of the Islamic Revolution Ayatollah Seyyed Ali Khamenei only reminds us how revolutionary Iran has decisively chosen to be inspired by Islam and is NOT a fundamentalist/Salafist/Wahhabi Islamic nation: it is OK to abstain from fasting during Ramadan (which starts April 23) if you rationally believe it may cause a sickness. As wonderful as Ramadan is, and while the science is not 100% clear, long-term fasting appears to lower one’s immune system - that does seem rational, to me.

Ramadan will simply not be typical this year, sadly. I hope many Iranians (and Muslims everywhere) use common sense this year to protect the vulnerable and reduce the number of second-wave infections. Anyone living with vulnerable and elderly people should remember that Muslims have a full year to make up missed Ramadan days.

Part 2 will explain why the necessary reversal of globalization is impossible in a West which is dominated by their 1%, and why Iran’s “Resistance Economy” is the perfect vaccine to corona & lockdown-related economic chaos.

The views expressed in this article do not necessarily reflect those of Press TV.

About the author
RAMIN MAZAHERI, Senior Correspondent & Contributing Editor, Dispatch from Paris •  Mazaheri is the chief correspondent in Paris for Press TV and has lived in France since 2009. He has been a daily newspaper reporter in the US, and has reported from Iran, Cuba, Egypt, Tunisia, South Korea and elsewhere. He is the author of I’ll Ruin Everything You Are: Ending Western Propaganda on Red China. His work has also appeared in various journals, magazines and websites, as well as on radio and television. He can be reached on Facebook.
THINK!

ALL CAPTIONS AND PULL QUOTES BY THE EDITORS, NOT THE AUTHORS