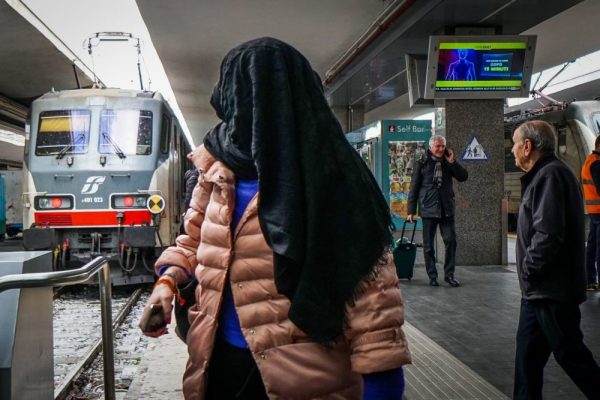 [dropcap]I[/dropcap]t is a paraphrase, of course, of the inimitable Dame Rebecca West, advanced with unshakable confidence that she would have heartily approved if she were alive today.

The Corona virus put-on job has now been exposed for the brazen social engineering scheme, potential vaccination rip-off (and here), and ideologically driven mass population reduction project that it had always been, from the start.

We now have all the basic facts we require to deconstruct the mendacious, hysteria inducing narrative that was concocted to bludgeon the imprisoned world into submissive acquiescence to its self-destruction.

The key fact that the Covid-19 virus is a laboratory product and therefore man-made was authoritatively established by French Prof. Luc Montagnier who recently disclosed the results of his laboratory analysis of the virus genome. He found it to be laced with spliced-in HIV sequences, which effectively excludes the possibility of its being the product of a natural process. (Prof. Montaigner put it extremely delicately: “in fact, part of the virus, not the whole, has been manipulated”.) Was it manipulated by bats in some Chinese caves? Prof. Montaigner, incidentally, is eminently qualified to speak on the subject as he was in 2008 a recipient of the Nobel Prize in medicine for identifying the HIV virus. The fact that as soon as he let the cat out of the bag he became subjected to harsh denunciation (here and here) by all the right circles lends powerful support to the credibility of his findings.

Essentially the same conclusions were reached even earlier, in February, by a group of Indian scientists and published in a paper entitled “Uncanny similarity of unique inserts in the 2019-nCoV spike protein to HI,V-1 gp120 and Gag”. Reassuringly, under ferocious pressure  and ridicule by fake news commissars (and here), the scientists were compelled to withdraw their bold paper, because it appeared to have crossed the line of permissible Corona virus discourse even before Prof.  Montaigner came out with his assertions. All the more reason to pay serious attention to the glaringly obvious and undeniably significant implications of these fully congruent findings.

Underlining the fact that we have been plunged, without consent and mostly without awareness, into a post-truth world, facts have largely been supplanted by narratives. And narratives are essentially politically convenient fairy tales that nobody sincerely believes but practically everyone must publicly adhere to in order to hold on to what little reputation and dwindling benefits they’ve got left. Team player adherence to public lies (sorry, fairy tales) is a test of good global citizenship. It is a test that to their moral credit the French professor and the Indian researchers have obviously and perhaps to their lasting professional detriment – failed.

Fortunately, the ranks of non-team players in the Corona virus controversy, with all the lurking personal perils that poses, have actually been growing, rather than shrinking.

We are indebted to Dr. Shiva Ayadurai, a brave Indian-American scientist, for making us aware that immunological deficiency is the principal condition propitiating the spread of the Corona virus and that mass lockdowns, causing sun and vitamin deprivation, as well as depression and other debilitating psychological conditions, has the effect of increasing instead of reducing the immunological vulnerability of the human organism.

Another scientist with impeccable credentials, Dr Rashid Buttar, has argued compellingly that the prevalent Corona virus narrative does not add up.  Predictably, this non-team player has also been subjected to brutal media assaults and his public statements have provoked the fury of the political correctness commissariat.  In Dr Buttar’s view, anyone who is supporting the use of vaccination to combat COVID-19 is either ignorant or has some hidden agenda or is financially motivated. The basic fundamentals of how the human body works are, he argues, ignored and in the process, and while ostensibly treating patients infected by the virus, basic neurological, physical, virological and medical principles are being violated or simply put aside. Not without reason, Dr Buttar points out that people with expert knowledge are silent either because of social pressures or fear of losing their license.

The concerted effort to blot out every opinion, no matter how qualified, which does not conform to the narrative, on the specious pretext that it “violates YouTube’s terms of service” or the mysteriously undefined “community guidelines,” is undoubtedly the most persuasive indication of the narrative’s extreme fragility. While some competent critiques still manage to squeak through the “bodyguard of lies” (here, here, and here), all the algorithms have been activated to keep non-conforming, question and doubt-provoking opinions off the table and out of the purview of the immature and irresponsible masses.

So to return to the paraphrase of Dame Rebecca West, what is going on? What is the meta-script (as Israel Shamir has coyly put it) behind this impressive global production? The dark intimations that in “elite” circles there may be an intense interest in reducing the excessive number of useless eaters to a smaller and more docile cohort of helot-like servants are not without empirical basis. Why the fanatical insistence on mass vaccination on a global scale, for our own good of course, although the concept would not even pass the scrutiny of an alert high school biology student, who is well aware that vaccination does not work for prospective or mutated new viruses? Or are we all expected now to fall prey precisely to Covid-19 and be vaccinated willy-nilly against its ravages? On whose authority  are wealthy private individuals with no medical training but close financial ties to the pharmacological industry announcing public health policy measures and determining the particulars and duration of their application? What arcane foreknowledge enabled them to presciently predict the current pandemic several years ago and then suspiciously again, last year several months in advance of its appearance? May the health and welfare of billions of human beings be safely entrusted to self-proclaimed “philanthropists” whose actions are driven entirely by the profit motive, in its various financial, ideological, and perhaps even occult forms? Will billions of people succumb to a corporate media induced mass hysteria and allow profit-making unknown substances to be injected into their bodies, in complete disregard of the fact that on previous occasions similar forms of “relief” had wrought devastation and havoc throughout Asia and Africa, and wherever else they had been administered?

Humanity has good reason to fear and tremble, not so much at the dreaded disease as at its potentially terrifying cure, which we are told is in the making (perhaps in the same laboratories where the disease was concocted) and undoubtedly will soon be unveiled.

The author in his own words: "My background is Serbian, Russian, and Polish. On my father’s side I have been able to trace family roots to the town of Khmelita, Smolensk district. In the first half of the 19th century Yuri Karganovich held the by then probably obsolete office of стольник (stolnik) in the regional town of Iskorosten. Perhaps because of my ethnically ecumenical background, I prefer to identify myself simply as an Orthodox Christian. I am a law school graduate, also with a degree in philosophy. I have never engaged in political activities as such. What interests me are issues with a moral dimension, and if they also happen to impinge upon politics, so be it."