Editor's Note: Russell Bentley, American expat and volunteer antifascist soldier in the struggle of Eastern Ukraine's young republics of Donetsk and Lugansk against Kiev's Nazi-infested, NATO-supported regime, has produced a moving video showing the people of Donetsk commemorating Russia's victory in the Great Patriotic War. Simple and eloquent, the images say it all. I believe that decent people everywhere who understand these things, what WW2 meant to so many in terms of losses, pain and sacrifice,  will have a tough time holding back the tears. Paul Robeson's singing is a most felicitous addition.—PG.

DESCRIPTION: The BEST video of DPR Victory Day parade 2020! Filmed from inside the car. With the Hymn of the Soviet Union, in English, sung by Paul Robeson. Directed by Russell Bentley, Filmed by Red Hampton and Lyudmila Bentley, edited by Red Hampton. Real goosebump material! Subscribe, Like, SHARE!!! 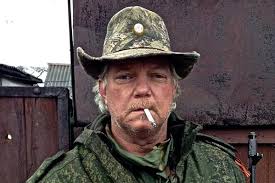 Russell Bonner Bentley, aka "Texac", is an American-born writer and volunteer soldier currently serving with the Novorossiyan Armed Forces (NAF), as the young republics in Eastern Ukraine confront the assault of the US-created and nazi-dominated Kiev regime.  Russell incarnates the spirit of the Lincoln Brigades, and Jack Reed. Besides his duties as a frontline fighter, Russell also works as a war correspondent. His chronicles about the situation in that strategically critical region, featured as "War Diaries" on The Greanville Post, are also distributed to other leading left publications, reaching a global audience.

Biden, Israel, and the Palestinian People