Home AMERICAN BRAINWASH The Rise of the American Idiot

Why the Rest of the World Doesn’t Know Whether to Be Baffled, Horrified, or Dumbstruck by America Right Now

Editors note: Umair Haque has a knack for picking peculiarities about US culture that probably many foreigners have observed in shock and disbelief but seldom expressed with such perspicacity. Haque strikes many at first read as a leftist critic, possibly a radical, but they would be wrong. A Pakistani by birth, and a Westerner by acculturation, Haque is the product of an affluent family and a good education. His social critiques are those of a liberal, on a good day a social democrat, but always an anti-communist. In fact Haque is by profession a business consultant, and many of his articles show that he believes capitalism is not only probably reformable, but with some clever tweaks, as good a system as you can get. This naturally blunts the power of his criticism of the American status quo, for most of its morbidities stem directly from capitalism and the savage individualism and social anarchy and anomie this system fosters at all times.  In this particular essay, which is certainly spot on in what it says about Americans and their anarchic, and incomprehensible Indispensable Nation, Haque shows by beginning to criticize Democrats, too,  that he has begun to see that the problem with US politics is not just runaway corruption and corporatism, inseparable twins, or the consistently evil Republicans, the proud Janissaries of free market captalism and its abject spawn, global imperialism, but a political system based on a fraud (we're not a democracy) in which a false duopoly stifles any possibility of popular representation.  I'm happy to see that change. Too many middle class liberals are obsessed with Trump, deranged is sometimes the proper word, thinking, erroneously, that Trump is an abnormal president, an embarrassing monstrous accident that ambushed the hitherto "decent American nation" as a result of massive ignorance by millions of blue collar "deplorables" and that removing Trump will return America to a state of social health it probably never had, certainly not in the last 40 years. Caity Johnstone has summed up this delusion quite well:

That's why anyone criticizing only one side of the duopoly—something that Trump-obsessed Democrats seem to be unable to avoid— is simply contributing to perpetuating the duopoly hoax and assuring that more Trumps, worse Trumps, will appear in the near future.  (For a discussion of the implications of this obtuse way of looking at US politics, please see Caity Johnstone, Biden Can’t Return Things To Normal, Because Trump Is A Normal US President. That’s The Problem). One last quibble: Haque is correct in much of what he says about the appalling decay of American society, about its simply appalling leadership—if we can use that word, but he also slips into dangerous generalisations, putting US and British politicos, for example, dangerous clowns and demagogs, in the same boat as Putin, a leader who, if not perfect, is a true statesman and a patriot in the non-radioactive sense of that term. As well, in painting his friends, Canadians, Asians and Europeans as far superior to Americans, he errs. Affluent liberals in the West are far more similar than dissimilar; class is a powerful homogeniser around the globe. They may indeed be smarter than the average American, but, watching what their countries are doing on the international arena, acting like willing vassals and lapdogs for Washington's criminal schemes, and sliding ever deeper into the toxicities and contradictions of capitalism, they are not moving in the right direction but the same direction as America is. What's more, given their smarts, if they haven't done much to correct this shameful course, if they keep electing Sarkozys and Macrons, Theresa Mays and Boris Johnsons, not to mention remain stuck for a generation on the mediocre anticommunist russophobe Angela Merkel, what does that make them if not politically inept or even cowardly? There's surely something rotten in Denmark, too. Do keep these caveats in mind when you read this provocative article. —PG 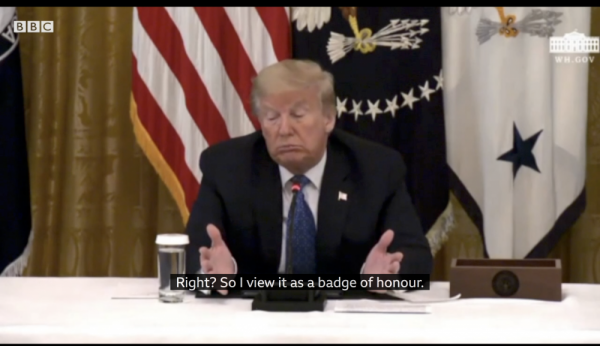 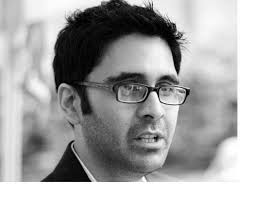 Umair Haque is a London-based consultant. He is director of Havas Media Lab, founder of Bubblegeneration and frequent tweeter and contributor to the online Harvard Business Review. Haque’s initial training was in neuroscience. He studied at McGill University in Canada, went on to do an MBA at London Business School and is the author of The New Capitalist Manifesto: Building a Disruptively Better Business (2011).

Bertrand Russell’s Advice For How (Not) to Grow Old: “Make Your Interests Gradually Wider and More Impersonal”