Home ABOMINATIONS China Derangement Syndrome: Notes From The Edge Of The Narrative Matrix

China Derangement Syndrome: Notes From The Edge Of The Narrative Matrix 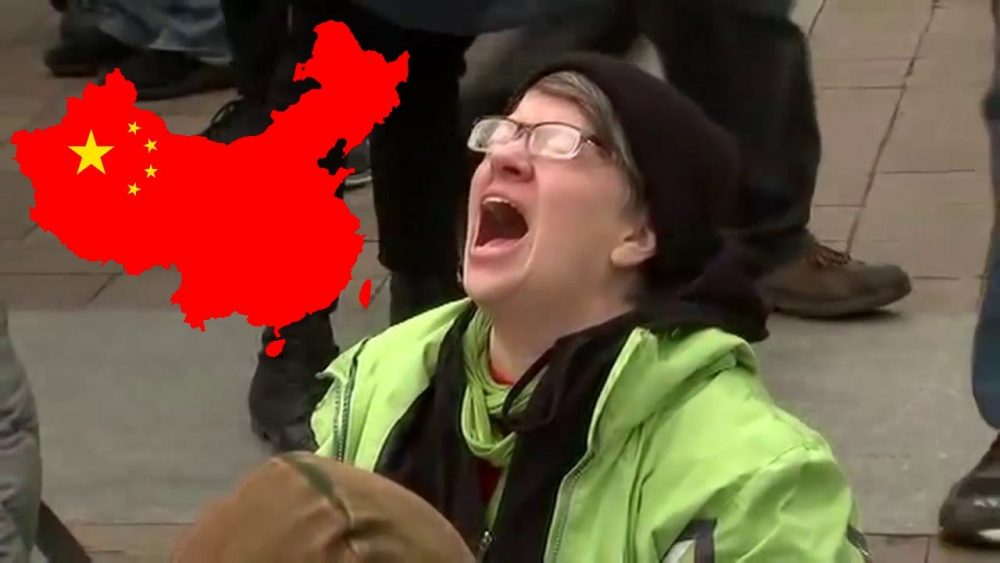 Friendly reminder that we’ve invented weapons which can end all life on earth and we’re in steadily increasing danger of setting them all off because some guys in a think tank wrote some words.

Believing cold war is no big deal because nuclear war hasn’t happened yet is the same as believing your game of Russian roulette is safe because the gun hasn’t gone off yet.

There’s no legitimate reason why nations can’t just mind their own affairs and care for their own people. Having to read news every day about our government and its allies scheming to destroy nations which disobey them is severely disordered, and we should oppose it ferociously.

1. We are in the middle of a slow-motion third world war between the US power alliance and the remaining nations which have resisted its aggressive attempts to absorb them.
2. Propaganda is used to move this world war along.
3. Points 1 and 2 explain current anti-China sentiment.

China Derangement Syndrome (CDS) is a terrible affliction where someone who has overdosed on mainstream narratives suddenly starts believing a nation on the other side of the planet is a very big problem that “we” need to “do something about”.

CDS victims often try to justify their hysteria by saying it’s about ending their country’s economic relationship with China and bringing the jobs and the wealth back home. Which is absolutely adorable. You think that’s where the money will go? To you? That’s precious.

Trump supporters are exactly as moronic, brainwashed and hysterical about China as Democrats are about Russia. They’ve forever forfeited all legitimacy in criticizing Russiagate.

Every single time the narrative managers shift to a new imperialism target I start writing about it using the same exact logic and understanding that I use to write about all their other propaganda campaigns, and every single time I get a deluge of people saying “Oh my God I can’t believe Caitlin loves that horrible government now! Usually I agree with her but now she’s gone right off the rails!”

Every single time, without exception. “Caitlin, this Official Bad Guy is completely different from all the others!” Syria, Russia, North Korea, Iran, Venezuela, China, over and over again. It gets really tedious. Yes, you’ve lived in an echo chamber that opposes some imperialist agendas but supports others. That’s how propaganda works.

“China is just as imperialist as America, Caitlin.”
Yes, yes exerting regional power and making deals is exactly the same as dominating the whole planet with hundreds of military bases and endless acts of mass murder, because all things are exactly the same as all other things.~

“Caitlin you need to understand that the CCP are not the good guys.”
It will never stop being weird to me how many grown adults respond to mature geopolitical analysis by babbling about “good guys” and “bad guys” like children watching a cartoon show. Hollywood is brain poison.

“What are you saying Caitlin? We can’t criticize China?”
You can criticize whoever you want. I just think it’s an amazing coincidence how you all became very very interested in “criticizing” that nation at the exact same time the mass media started shrieking about it constantly.

Before accusing someone of being an apologist for a foreign government, first contemplate whether it’s possible that they’re just being neutral and you’ve been propagandized into believing everyone needs to hate that foreign government.

Beginning sincere research into what’s really going on with our world behind the veils of propaganda and government secrecy reveals many experts with a profound understanding of our actual circumstances. Further research reveals that no, actually they’re all mostly faking it.

The neoconservative ideology of maintaining unipolar US world domination at all cost has become so mainstream over the last two decades that “neoconservative” is a mostly meaningless term now.

Murder a thousand people and make a fortune selling their organs: You’re a monster. Murder the same number of people for the same amount of money by selling the weapons used to murder them after lobbying for needless military interventionism: You’re a businessman.

Trump could have run as a Democrat in 2016 with a liberal-sounding platform, enacted the exact same policies he’s enacted as president, and, as long as he kept saying nice-sounding things, Democrats would think he’s awesome right now.

You’ve probably heard it said that you’ll never find love if you don’t love yourself, but have you ever thought about why it’s true? It’s true because if you don’t love yourself, someone loving you instantly puts you at odds with them. Like that old Groucho Marx quote, “I refuse to join any club that would have me for a member.” You can’t build on that kind of foundation.

For love to work, you have to love yourself, and you also have to commit to loving yourself more and more. Your lover will always be finding new parts of you to love, many of them parts you dislike, so you’ve got to learn to love those parts too to avoid shutting them out.

This is the main reason why women go for ‘bad boys’ and fall prey to negging. If you don’t love yourself and someone falls for you, then they appear pathetic because they fell in love with you, so wow. Yuck. You know you’re disgusting so they must be disgusting to fall for you.

If you truly love yourself, you’ll welcome someone who truly loves you. When they show up they’ll slide right in, with no rejection and no bouncer at the door, just a smooth “Oh it’s you! I’ve got a place here all ready for you.”

You can learn to love yourself by making a practice of continually bringing an intimate, enthusiastic “yes” to whatever feels like the core of your being in each moment. I wrote an article on how to do this a while back if you’re interested.

The Hong Kong crucible: New security law is a masterstroke