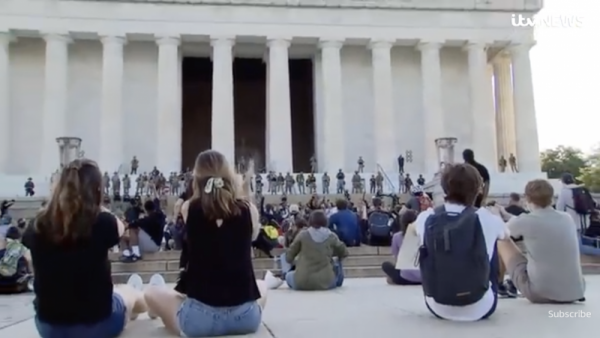 The first round of the civil wars of 2020 seems to be over. It did not change much.

To simplify following the criminal justice news of the last 36 hours, I posted a set of 10 links to police brutality videos on Facebook

Can't do that here, obvs

So I'm putting them into a thread

The police did not exclude the media from its attacks as it usually does. It even seemed to especially target these. That again amplified the echo of its violence.

Thus the police and its supporters have lost the argument.

Trump reacted by calling up the military and a myriad of federal police forces to 'dominate the battlespace' of Washington DC and other cities.

They cleared a peace- and lawful demonstration from Lafayette Square near the White House for a photo-op. The move was illegal but will likely have no legal consequences.

Five well known retired 4-star generals, Dempsey, Kelly, Mullen, Mattis, Allen, protested against the proposed abuse of the military. The active commander of pacific air forces, a 4-star African-American, published a moving video with his thoughts on the issue. On this the military is not on Trump's side.

Thus Trump and his supporters have lost the argument.

That the police and Trump lost their arguments unfortunately does not mean that anything within the U.S. will change.

The military will not correct the issues the situation exposed. Political corruption at the federal as well as the local level is bipartisan and too engrained:

Cuomo, his party and New York’s legislative leaders have raked in more than $1 million from police unions as they have refused to enact a bill proponents say would deter police violence.

Biden dutifully taking a knee before a Black American, precisely the people he helped to judicially strangle barely 25 years ago.

Opposition candidate Joe Biden responded to the issue of institutionalized racism with a dog whistle comment: Joe Biden says '10-15%' of Americans 'are just not very good people'. Well of course not. Some 13% of U.S. citizens are black. Given Biden's racist history - supporting segregation, writing the crime bill, lying about marching with the civil rights movement etc. - it is highly unlikely that he chose that range by chance. There is zero evidence that he would change a thing. 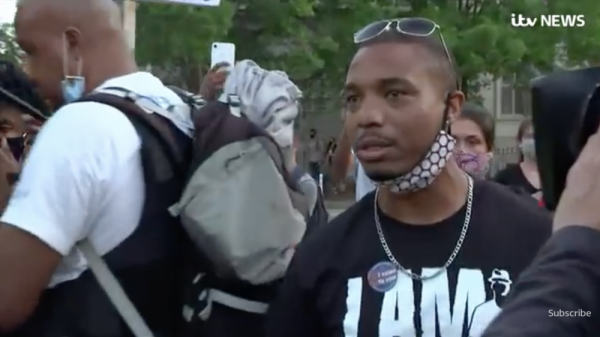 The protests will soon die down. But the divide within the U.S. public will only deepen. Trump voters will call themselves the 'Trump Army' and wear the camouflage 'Keep America Great' hat to fight the 'Liberal MOB'. Liberals will respond with pro-black gestures but without follow up actions. Writing 'black lives matter' on a DC street or changing the name of a place does nothing for blacks when the police can continue as before. Racist attacks in the U.S. will only increase.

What has changed is the public image of the U.S. throughout the world. Years of careful branding and propaganda have been put to waste. No U.S. ambassador can now express concerns about police violence in a foreign country without being laughed at. The U.S. has been put on crisis watch  and in my estimate will stay there for quite a while. 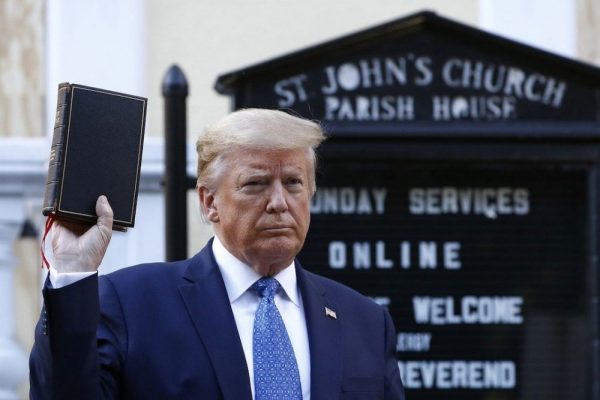 No amount of clever photo-ops and patriotic bluster will save a country drowning in iniquity.

The current economic situation makes it certain that the civil war continues. The next round is likely to be more violent. The empire is sinking in front of our eyes.

Police are now brutalizing everyone just to maintain their ability to brutalize black people.

This dude trolling the police with Star Wars - Imperial March is exactly the Twitter content I am here for today...pic.twitter.com/zh5R7zm70c

Opinion | Agents of Chaos: how the U.S. seeded a colour revolution in Hong Kong