Col. William Astore (ret.) takes a look at the police and military in America

The Police, the Military, and the Ethos of Violence 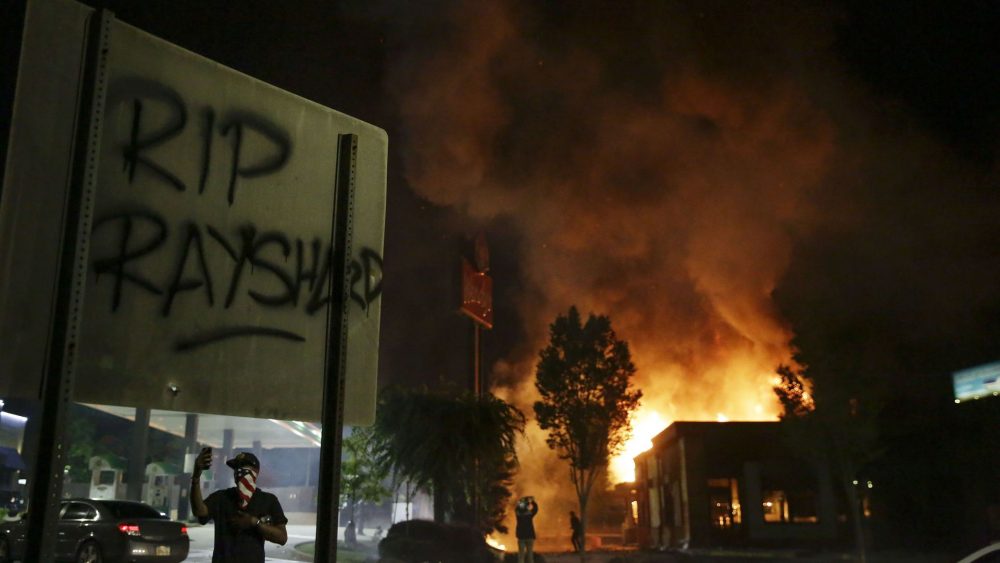 Another deadly police shooting of a black man led to this Wendy's being torched in Atlanta.  The Atlanta police chief has resigned.

Here are ten thoughts that have occurred to me lately.

Bonus comment: Can you believe that those who worked to suppress protests in Washington, D.C. compared their "stand" to the Alamo and the Super Bowl?  Talk about Trump-level hyperbole!  Here's the relevant passage from the New York Times:

On Tuesday, during a conference call with commanders on the situation in Washington, General Ryan, the task force commander, likened the defense of Lafayette Square to the “Alamo” and his troops’ response to the huge protests on Saturday to the “Super Bowl.”

Greenwald: The Abrupt, Radical Reversal in How Public Health Experts Now Speak About the Coronavirus and Mass Gatherings