Black Agenda Radio with Margaret Kimberley: Police Must Answer to the Community. (Podcast)

Police Must Answer to the Community
The demand for community control of police ushers in a new stage of struggle, in which “young people are imagining a world where these tremendous institutions of imperialism and the police state are gone,’ said Max Rameau, an activist with Pan African Community Action (PACA), in Washington, DC. The PACA proposal would oversee police hiring, firing and operations by a board chosen from communities at random, like jurors. 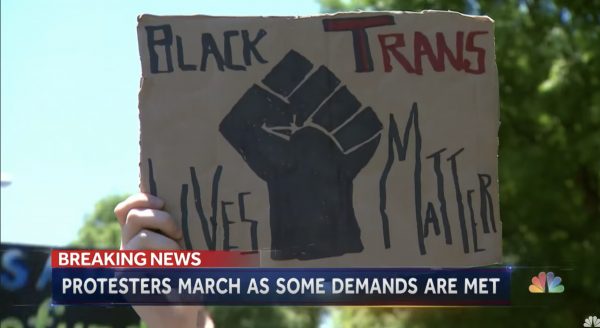 Opponents of transformational change are seeking to “domesticate” the protest movement with bland calls for “justice” for George Floyd, who is dead and beyond justice, said Ajamu Baraka, national organizer for the Black Alliance for Peace. “What we can do is put a critical view on the system that created the conditions that resulted in Floyd’s life being taken.” Activists also have an opportunity to build solidarity with global victims of U.S imperialism. “We have a responsibility as citizens of Empire to put a brake on the U.S. state,” said Baraka.

Repaying the Movement for Her Freedom
Bresha Meadows faced long imprisonment in the shooting death of her abusive father when she was 14 years old, but was sentenced to a year in juvenile detention and six months at a mental facility because of the intercession of Survived and Punished and other activists. Now free, Meadows hopes to lead a life of social activism. “That’s my calling,” said the 18 year-old Ohioan. “If it was not for the activists and social media, I don’t think that I would have gotten out.”

Huge Teenage Linebackers Can Be Hurt by Racism and Abuse
Black college athletes are emotionally and physically harmed in ways not widely recognized, said Dr. Gabby Yearwood, a socio-cultural anthropologist at the University of Texas at Austin. For example, “There is no student that would ever tolerate me speaking to them” the way athletes are harangued by coaches. Very few college athletes become professionals, but all carry the burden of physical and emotional injury, said Yearwood, who wrote an article titled “Playing Without Power: Black Male NCAA Student Athletes Living With Structural Racism.”

Black Agenda Radio on the Progressive Radio Network is hosted by Glen Ford and Nellie Bailey. A new edition of the program airs every Monday at 11:am ET on PRN. Length: one hour.

NOTE: ALL CAPTIONS AND PULL QUOTES BY THE EDITORS, NOT THE AUTHORS
All comments subject to anti-hacking filters.
0 comment 0 FacebookTwitterPinterestLinkedinVKRedditWhatsappTelegramEmail
previous post