By Chris Hedges / Special to Scheerpost.com

NB: After leaving Truthdig due to an editorial dispute, Chris Hedges and Robert Scheer are now publishing at this new venue, Scheerpost.com.
OpEds

We are trapped in an abusive relationship. When we finally have enough, our abuser comes after us with flowers and apologies, promising never to do it again.

Police take the knee. NASCAR and the U.S. Marine Corps ban the display of the Confederate flag. Nancy Pelosi uses a kente scarf as a political prop. Joe Biden, one of the driving forces behind militarized police, the massive expansion of mass incarceration and the doubling and tripling of sentences, speaks at George Floyd’s funeral. The National Football League apologizes for its insensitivity to racism, although no teams appear to be negotiating with Colin Kaepernick.

The mayor of Washington D.C., Muriel Bower, had the words “Black Lives Matter” painted in 35-foot-tall letters on a street near the White House but has also proposed a $45 million increase in the police budget and the construction of a $500 million new jail. The press, which does not confront corporate power and rarely covers the poor, rendering them and their communities invisible, engages in circular firing squads, sacking or admonishing editors and journalists for racially insensitive thoughtcrimes, to advertise its commitment to people of color. 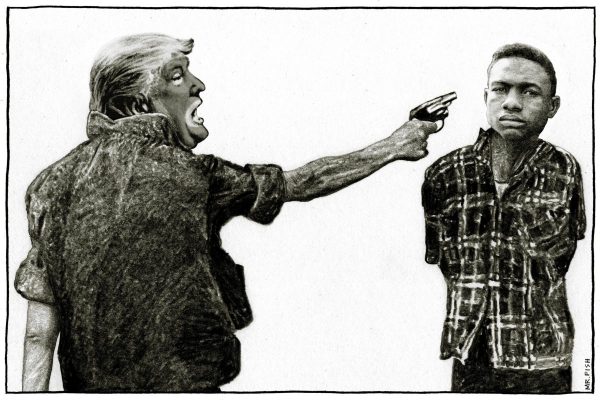 Once again, we see proposed legislation to mandate police reform — more body cameras, consent decrees, revised use-of-force policies, banning chokeholds, civilian review boards, requiring officers to intervene when they see misconduct, banning no-knock search warrants, more training in de-escalation tactics, a requirement by law enforcement agencies to report use-of-force data, nationally enforced standards for police training and greater diversity — proposals made, and in several cases adopted in the wake of numerous other police murders, including those of Eric Garner, Michael Brown and Philando Castile. The Minneapolis Police Department, for example, established a duty to intervene requirement by police officers after the 2014 killing of Brown in Ferguson. This requirement did not save Floyd.

Police unions, often little more than white hate groups, continue to have the unassailable power to brush aside would-be reformers, including community review boards, mayors and police chiefs. These unions generously bankroll the campaigns of elected officials, including public prosecutors, who do their bidding. Police unions and associations have contributed $7 million to candidates running for office in New York state alone, including $600,000 to Andrew Cuomo during his gubernatorial campaigns.

It is, as Yogi Berra said, “déjà vu all over again.”

The public displays of solidarity are, as in the past, smoke and mirrors, a pantomime of faux anguish and empathy by bankrupt ruling elites, including most Black politicians groomed by the Democratic Party and out of touch with the daily humiliation, stress of economic misery and suffering that defines the lives of many of the protesters.

These elites have no intention of instituting anything more than cosmetic change. They refuse to ask the questions that matter because they do not want to hear the answers. They are systems managers. They use these symbolic gestures to gaslight the public and leave our failed democracy, from which they and their corporate benefactors benefit, untouched. What we are watching in this outpouring of televised solidarity with the victims of police violence is an example of what Bertram Gross calls “friendly fascism,” the “nice-guy mask” used to disguise the despotism of the ultra-rich and our corporate overseers. Whatever you think about Donald Trump, he is at least open about his racism, lust for state violence and commitment to white supremacy.

The crisis we face is not, as the ruling elites want us to believe, limited to police violence. It is a class and generational revolt. It will not be solved with new police reforms, which always result, as Princeton professor Naomi Murakawa points out in her book “The First Civil Right: How Liberals Built Prison America,” in less accountable, larger and more lethal police forces.

The problem is an economic and political system that has by design created a nation of serfs and obscenely rich masters. The problem is deindustrialization, offshoring of manufacturing, automation and austerity programs that allow families to be priced out of our for-profit healthcare system and see nearly one in five children 12 and younger without enough to eat.

The problem is an electoral system that is legalized bribery designed to serve a tiny, unaccountable cabal of oligarchs that engage in legalized tax boycotts, deregulation, theft and financial fraud. The problem is that at least half of the working class and working poor, a figure growing exponentially as the pandemic swells the ranks of the unemployed, have been cast aside as human refuse and are being sacrificed on the altar of profit as the country reopens for business and the pandemic crashes in wave after wave on front line workers.

The problem is the diversion of state resources, including over half all federal discretionary spending, to an unaccountable military machine that wages endless and futile wars overseas, the savage face of white supremacy beyond our border. This military machine perfects its brutal tactics and tools for control on people of color in the Middle East, as it did in other eras in Vietnam, Latin America and the Philippines. It passes on this knowledge, along with its surplus equipment, including sophisticated equipment for wholesale surveillance, drones, heavily armed SWAT teams, grenade launchers and armored vehicles, to police at home. Smashing down a door and terrorizing a family in a night police raid in Detroit looks no different from a night raid carried out against an Afghan family by Army Rangers in Kandahar.

Empires eventually consume themselves. Thucydides wrote of the Athenian empire that the tyranny it imposed on others it finally imposed on itself.

The entrenched racism in America has always meant that poor people of color are the first cast aside in society and disproportionately suffer from the most brutal forms of social control meted out by the police and the prison system. But there will not be, as Martin Luther King pointed out, racial justice until there is economic justice. And there will not be economic justice until we wrest power back from the hands of our corporate masters.

Until that happens, we will go through cycle after cycle of brutal police murders and cycle after cycle of the profuse apologies and promises of reform. We are trapped in an abusive relationship. When we finally have enough, when we cry out in pain and walk out, our abuser comes after us with flowers and apologies and promises to change. Back we go for more.

My hope is that this time around the gaslighting will not work. The protestors that have taken to the streets in some 750 cities are young, diverse, angry and savvy. Many were betrayed by the Democratic Party hierarchy who once again ganged up on Bernie Sanders to shove a corporate stooge down our throats, the calculation by the ruling elites being that as awful as Biden is, we will vote for him because he is not Trump. That this tactic failed in 2016 doesn’t seem to faze the oligarchs.

Many of those in the streets can’t find meaningful work, are often burdened by large sums of student debt and have realized that in this world of serfs and masters they don’t have much of a future. They understand that if these protests are to succeed, they must be led by people of color, those who suffer disproportionally from the inequities and violence meted out by the occupying forces of the corporate state. And they also know that social inequality is at the root of the evil we must vanquish.

The ruling elites will never willingly defund or abolish the police, which cost taxpayers $100 billion annually and often eat up half of city budgets, for the same reason they will never pay a minimum wage to the 2.3 million prisoners who work in our ever-expanding gulag. By defunding or abolishing the police, or by paying prison workers fair wages, the primary bulwark used to keep a subjugated population in check will be removed, or in the case of prisons make the system of neo-slavery financially unsustainable.

In 1994, then Senator Biden pushed through the Violent Crime and Law Enforcement Act. It was supported by the Congressional Black Caucus, evidence of the growing disconnect between black political elites and those they should protect. The caucus has, in the face of the current crisis, once again called for the tired and toothless reforms that got us into this mess. “Black elected officials have become adept at mobilizing the tropes of Black identity without any of its political content,” notes Keeanga-Yamahtta Taylor in the New York Times.

The bill authorized $30.2 billion over six years for police and prisons. Biden boasted that he “added back into the Federal statutes over 50 death penalties — 50 circumstances in which, if a person is convicted of a crime at a Federal level, they are eligible for the death penalty.” The bill, he bragged, authorized “over 70 increased — 70, seven zero — 70 increased penalties in new offenses covering violent crimes, drug trafficking, and gun crimes.” It also established the Community Oriented Policing Services or COPS Program that has handed more than $14 billion to state and local governments, most of the money used to hire more police. COPS also provided $1 billion to place police in schools, accelerating the criminalization of children.

There is only one way to defeat these forces of occupation and the ruling elites they protect. It is not through voting. It will come from the streets, where tens of thousands of courageous men and women, facing arrest, indiscriminate police violence, economic despair and the threat of Covid-19, are fighting for not only an end to racism, but for freedom.

[Chris Hedges writes a regular original column for Scheerpost twice a month. Click here to sign up for email alerts.] 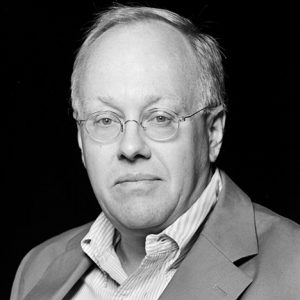 Chris Hedges is a Pulitzer Prize–winning journalist who was a foreign correspondent for fifteen years for The New York Times, where he served as the Middle East Bureau Chief and Balkan Bureau Chief for the paper. He previously worked overseas for The Dallas Morning News, The Christian Science Monitor, and NPR. He wrote a weekly column for the progressive website Truthdig for 14 years until he was fired along with all of the editorial staff in March 2020. [Hedges and the staff had gone on strike earlier in the month to protest the publisher’s attempt to fire the Editor-in-Chief Robert Scheer, demand an end to a series of unfair labor practices and the right to form a union.] He is the host of the Emmy Award-nominated RT America show On Contact.