Home AMERICAN DUPLICITY The cause of tension between China and India

The cause of tension between China and India

by Zamir Awan for the Saker Blog 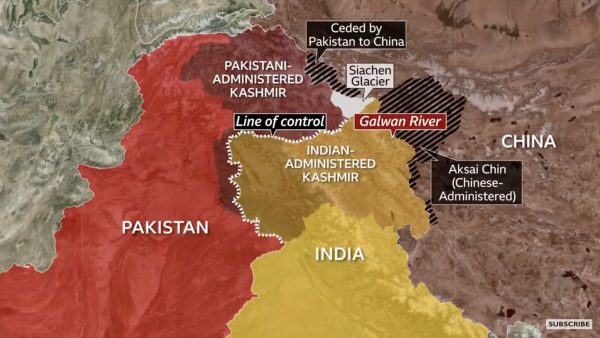 Chinese foreign ministry spokeswoman Hua Chunying said: “positive consensus” on resolving the latest border issue was achieved following “effective communication” through diplomatic and military channels. New Delhi said the two countries had agreed to “peacefully resolve” the border flare-up after a high-level meeting between army commanders. India’s Prime Minister Narendra Modi and Chinese leader Xi Jinping had sought to ease the tensions at summits over the past two years when they agreed to boost border communications between their militaries.

Tensions flare on a fairly regular basis between the two regional powers over their 3,500-kilometre frontier, which has never been properly demarcated. Thousands of troops from the two nuclear-armed neighbors have been involved in the latest face-off since May in India’s Ladakh region, bordering Tibet – before signs in recent days that a resolution was in sight.

The recent issue arose when India fortified its position in Ladakh disputed territory, which India included in its union territory on August 5, 2019, unilaterally. In contrast, it was a recognized disputed territory, and both countries having a claim over the area. India was illegally trespassing and constructing defense facilities across the border into Chinese territory in the Galwan Valley region, leaving Chinese border troops no other option but to make necessary moves in response. India wants to build an airbase in the disputed territory. It is worth mentioning that, under a defense agreement, between the US and India, both countries can have access to each other’s military bases and have the right to use in case of any war-like situations. It was a direct threat to China if American uses Ladakh Airbase against China. That was the immediate concern of the Chinese side and left with no option to stop construction works in the disputed territory.

In India, the focus has been turned to the Durbuk- Shyok-Daulet Beg Oldi Road (DSBDBO) along the Galwan River — which runs more or less parallel to the LAC (Line of Actual Control) and improves India’s access to the Karakoram Highway — as the possible trigger point for the latest flare-up between China and India. India has designs to cut the land link between China and Pakistan to harm CPEC (China-Pakistan Economic Corridor). That is why India was fortifying its infrastructure close to Khunjrab-Pass, connecting China and Pakistan. 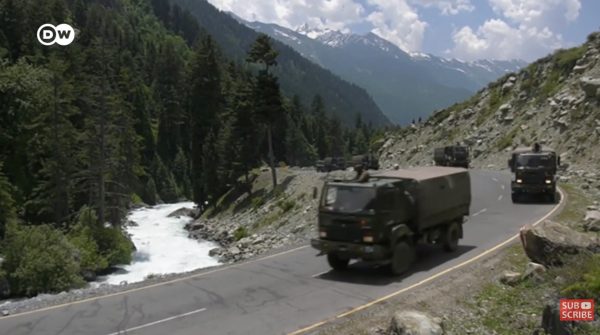 India has been reinforcing the area, a fact the other regional powers, esp. China, regard as provocations.

However, China remains much more concerned about the newly constructed 80-kilometer stretch from Dharchula to Lipulekh (the gateway to Kailash-Mansarovar, a site for Hindu pilgrimage in Tibet), completed on April 17 and inaugurated on May 8 by Indian Defense Minister Rajnath Singh. That may have led Beijing to review the situation at the China-India borders.

In the Chinese assessment, India’s construction activity in the disputed areas with Nepal has affected China’s border security in Tibet. By building the 80 km stretch (76 km has been completed recently, and the last 4 km of the road to Lipulekh Pass is expected to be completed by the year’s end), India has moved its frontier vis-a-vis China, gaining direct access to the concrete highway in Purang county in Tibet. It has thereby changed the status quo in the region. China already has border defense roads in Purang county on the middle border, and Cona county on the southern border with India and a Chinese airport in Purang is scheduled to be completed in 2021. Despite its preparedness on its side of the border, China is concerned that India still has much room for maneuver, using Nepal’s geographical advantage to challenge China’s dominant position in the region. 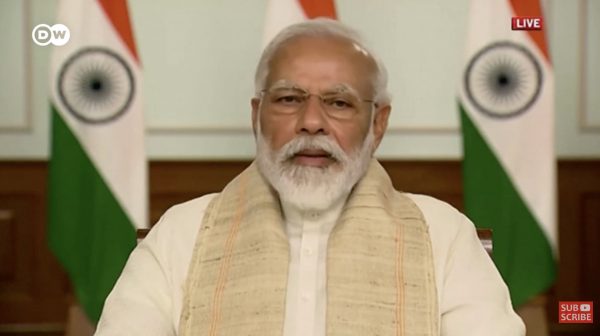 China —with good reason—suspects Modi was encouraged by the US to meddle in the region, thereby adding to China's strategic headaches.

As a matter of fact, India has disputes with all its neighbors like China, Nepal, Pakistan, Bangladesh, Myanmar, Srilanka, and the Maldives. Indian expansionist theory of “greater India” is the cause of real trouble. In the past, India has occupied some of its neighboring independent sovereign states like Sikkim, Nagaland, Jammu & Kashmir, Hyderabad, Juna Garh, etc. India has a track record of aggression and coercion against its small neighbors. But may face a tough time from China. The lesson learned in the 1962 war, Indians should not have to develop enmity with China.

Historically, the border disputes existed since 1947, when India got independence from British rule. This was the era of the Chinese revolution when a weak, corrupt and naïve government of Nationalist Party (Guo Ming Dang/ Kuomintang) was in power in Beijing, and the Communist Party of China, led by Chairman Mao, was over-engaged in the power struggle. The Government in China at that time was not strong, not stable, or not visionary, and were fighting for their own survival. They were least bothered with their international borders, whereas, they were focusing on their grip on Beijing city only, as a symbol of their Government. The Britsh demarcation of the border was unjust and one-sided. There were Chinese territories marked into Indian control and viseversa. The People’s Republic of China was established in 1949, since then, China has been demanding a rational border, but India keeps denying and delaying a resolution to the border disputes.

It is worth understanding the importance of Tibet, which is a region in East Asia covering Tibetan Plateau spanning about 2.5 million sq.km, with an average elevation of 4000 – 5000 meters above the sea. It is the major source of waters for China, India, Pakistan, Nepal, Myanmar, Laos, Thailand, Cambodia, and Vietnam. Several major rivers have their source in the Tibetan Plateau. These include the Yangtze, Yellow River, Indus River, Mekong, Ganges, Salween and the Yarlung Tsangpo River (Brahmaputra River). Who rule over Tibet, will control the water. The Yarlung Tsangpo Grand Canyon, along the Yarlung Tsangpo River, is among the deepest and longest canyons in the World. Tibet is one of the most ancient civilizations, with its unique culture and traditions. India sponsored the Tibet Government in exile led by Dalai Lama, based in New Delhi, which is a permanent cause of tension between China and India. CIA classified documents revealed that the CIA helped India to establish Tibet exiled Government and used to pay them funding to date. 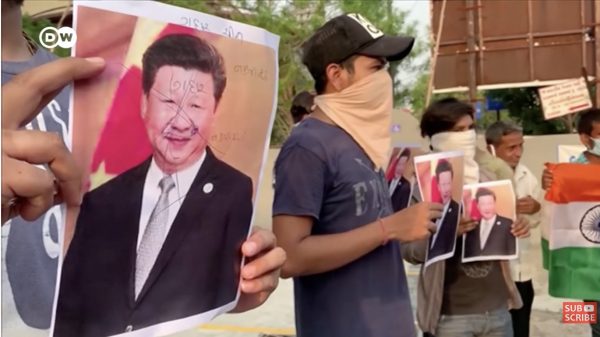 Since the last two decades almost, the growing US-India relations were also not considered in Chinese favor. The US was supporting India politically and diplomatically to join UNSC, NSG, and other International platforms to counter China. The US has been extending economic and military assistance to India generously, to strengthen India to contain China. The US-India cooperation in Education, S&T, High-tech, Advance Technologies, especially in Defense, is raising many questions. India has become a “Major Defense Partner” with the US. India is an active member of the Indo-Pacific Treaty with Japan, Australia, and the US. India is openly opposing Belt and Road Initiatives (BRI), which is included in the Chinese Constitution and mega initiative of the Chinese Government. China-Pakistan Economic Corridor (CPEC), which is a flagship project of BRI, India, is engaged in sabotaging and damaging it. India opposes China on all issues in the International platforms. Indian over-tilt toward the US is also alarming for China. India has become the largest beneficiary of US aid after the state of Israel. The US will not offer a “free lunch” to India, but rather task India to “Count China,” “Contain China,” and “Resist China’s Rise.”

The current geopolitics, especially the US-China rivalry, may add fuel to Sino-Indian tension. There are possibilities that the US may use this region as a battle-ground against China. Astrologists also predicts war in this region. The region is rather volatile and leading toward the danger of conflicts. It may not be a simple war between China and India but may engulf the whole region and world powers, including Russia and the US. Even it might spread to the Indian Ocean and the Pacific Ocean too. It will not be a simple conventional war but will be high tech, including cyber-war, electronic-ware-fare, Space-Technolgy, and Artificial Intelligence. All the lethal weapons will be used, especially China, India, and Pakistan are all nuclear states and possess enough piles of weapons to destroy each other completely. Extremists have hijacked the Government in India and visibly moving toward rivalry with all its neighbors.

It is worth mentioning that the population of China is 1.4 Billion, India 1.3 Billion, Pakistan 220 Million, Bangladesh 165 Million, the total population of this region is almost half of the Whole World’s population. Any misadventure may threaten half of the World. The international community may take serious notice and may step in to avert any disaster. We must think, not once or twice, but multiple times!

Nixon-Trump vs. the Strategy of Tension