Home ABOMINATIONS Update on Charges Against the Venezuela Embassy Protectors

“Judge Howell did all she could to create an unfair trial.”

It was agreed that dropping the federal charges and seeking no jail time in return for pleading to a very low-level DC Code charge was an important victory.

The defense of the four embassy protectors who were facing federal charges has finally come to a conclusion with the defenders avoiding any serious retributions from the state. The support of this committee was absolutely critical to this outcome. The resources raised and support given by this committee allowed the defenders to mount a credible defense against the state that was intent on making them an example.

After the first trial ended in a mistrial because the jurors refused to convict the protectors, the government offered to drop the federal charge and not seek any jail time for the defenders. In return, they wanted the defenders to plead guilty to a local DC charge of incommoding.

After discussing this offer with members of this committee, other members of the Embassy Protection Collective and other allies, they decided to accept this plea agreement. Everyone they talked to agreed that dropping the federal charges and seeking no jail time in return for pleading to a very low-level DC Code charge was an important victory.

On June 3, a court hearing was held on video which people could listen to by a conference call. The court accepted the plea agreement and sentenced each of the four defenders to six-month probation and a fine of $500 and a $250 fee to the Victim Assistance fund. Chief Judge Beryl A. Howell sentenced the defenders to 30 days in jail but suspended the sentence and placed them on six-month probation.

“The jurors refused to convict the protectors.”

At the hearing, Judge Howell continued to show her bias against the defenders and her total lack of understanding about the case. That court hearing is described in the article by Anya Parampil of the Grayzone Project, linked below. From the first day of the federal prosecution to its final moments, Judge Howell showed her anger at the protectors and did all she could to create an unfair trial where they would be convicted, imprisoned and heavily fined. It is because members of this committee helped to raise funds and awareness about the case that we achieved this positive result. 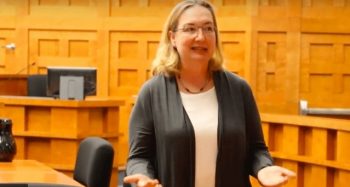 We will keep the Defense Committee website active for at least the next six months while they are on probation as Judge Howell remains a danger to their freedom.

Thank you all very much for your active participation in the defense of the embassy protectors. We believe this case, which was followed closely in Venezuela and other countries as well as among the movement in the United States, represents a successful historic challenge to US imperialism that will be talked about and chronicled as one of the most magnificent displays of international solidarity over the past several decades.

Thank you again for participating on the committee and thanks to the dozens of embassy protectors. It was an honor to work with and support all of you.

Ajamu Baraka and Bahman Azad are co-chairs, Embassy Protectors Defense Committee
Below are links to articles on the resolution of the case: