Print this post.
Please make sure these dispatches reach as many readers as possible. Share with kin, friends and workmates and ask them to do likewise.
Caleb Maupin 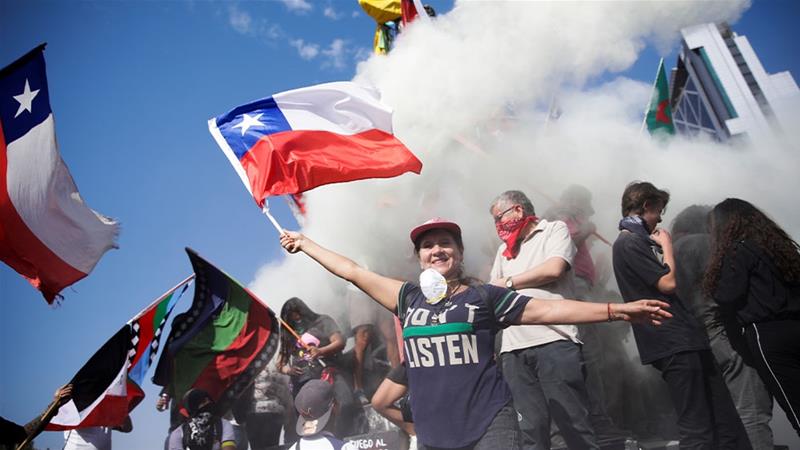 Since 2019 Chile has been shaken by massive protests against the hardcore neoliberal policies implemented by successive rightwing and social democratic regimes basically implementing libertarian ideas of governance.

Few ideologies are more insidious and disastrous to society than libertarianism, but its popularity continues in the US, propelled by fanatics who live in an alternate universe, and the power of a multitude of billionaires, their media and bought politicians, and the fact it remains the core value of capitalism, aka "the American Way of Life".  The affluent—especially their children—lap it up, and there are far too many who become intoxicated with the notion of absolute freedom, a social impossibility.

Caleb Maupin is a widely acclaimed speaker, writer, journalist, and political analyst. He has traveled extensively in the Middle East and in Latin America. He was involved with the Occupy Wall Street movement from its early planning stages, and has bee
n involved many struggles for social justice. He is an outspoken advocate of international friendship and cooperation, as well 21st Century Socialism.

ALL CAPTIONS AND PULL QUOTES BY THE EDITORS NOT THE AUTHORS
All comments subject to anti-hacking filters.
0 comment 1 FacebookTwitterPinterestLinkedinVKRedditWhatsappTelegramEmail
previous post

What is Antifa? (Debunking Myths About Antifa)

The Aryan Myth – The Origin of “White” People