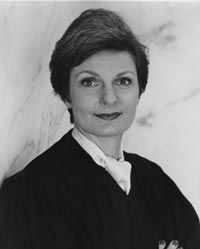 U.S. District Court Judge Loretta Preska, who was appointed by George Herbert Walker Bush, and whom his son had considered promoting maybe to the U.S. Supreme Court, ruled in a case on July 1st, ordering the attorneys for one of Jeffrey Epstein’s alleged victims, Virginia (Roberts) Guiffre, to “destroy” a list of men who had taken advantage of Epstein’s “girls.” This action pertains to a case not only against Epstein, who is dead, but against his friend and colleague Ghislaine Maxwell, who happened to become arrested by the FBI in Bedford New Hampshire the very next day, on July 2nd.
Judge Preska said that Giuffre’s attorneys
“Cooper & Kirk shall destroy (a) all materials from Giuffre v. Maxwell, No. 15 Civ. 7433, currently in its possession, save for the transcript of Ms. Giuffre’s deposition in that case and (b) all work product derived from the Maxwell materials. Cooper & Kirk shall submit to the Court an affidavit detailing the steps that it took to destroy the materials.”
Her order to the attorneys stated that Giuffre,
“alleged that Ms. Maxwell was a ringleader in Jeffrey Epstein’s sex-trafficking scheme, a trusted lieutenant of Epstein’s who facilitated his purported trafficking of underage girls to prominent individuals. Ms. Giuffre’s defamation action against Mr. Dershowitz alleges that Mr. Dershowitz was one of the prominent individuals who took advantage of Epstein and Ms. Maxwell’s trafficking scheme and that Ms. Giuffre was forced to have intercourse with Mr. Dershowitz when she was underage. Ms. Giuffre alleges that Mr. Dershowitz’s false denial of such contact defamed her.”
Preska’s order does not say that the names of the men on that list are to be kept confidential and not available to the press, but instead that Giuffre’s attorneys are to “destroy” it.
As Colin Kalmbacher reported, at Law and Crime, on July 1st, under the headline “Judge Orders Virginia Giuffre’s Lawyers to ‘Destroy’ Their Jeffrey Epstein Files, Bars Dershowitz from Accessing Them”,
At issue here are two separate legal controversies: (1) a protective order issued in 2015 by Judge Robert W. Sweet in a since-settled defamation case between Giuffre and Epstein’s alleged groomer and girlfriend Ghislaine Maxwell; and (2) a more recent series of extant defamation, back-and-forth claims between Giuffre and Dershowitz.
The Giuffre v. Maxwell protective order is the major legal lock-and-key which has long-protected the Epstein files. A process is currently underway for both sides to sift through those documents and eventually make many of them available for public consumption.
Although other copies of that list might exist (which are not likewise being ordered by Preska to be destroyed, but could possibly be brought forth as evidence in other trials), Judge Preska’s order prohibits Dershowitz’s use of Giuffre’s copy of that physical list, as being evidence in this trial, which isn’t between Giuffre and Maxwell, but instead between Giuffre and Dershowitz — who claims to be not on that list and to need that list in order for him to prove his personal defamation case against Giuffre, who says that he is on the list.
The Court’s ruling said:
the Maxwell Protective Order prohibits information designated as CONFIDENTIAL from being “disclosed or used for any purpose except for the preparation and trial of [the Maxwell] case.”
The alleged reason that the ruling provides to “destroy” the list is that
“Critically, the agreed-upon unsealing procedure can only work as intended if non-parties are willing to participate. Handing over to Mr. Dershowitz all of the materials from Maxwell, which would necessarily include all of the sealed filings that are the subject of the unsealing protocol, would threaten that balance. Non-parties [to the Giuffre-v.-Maxwell case] may question the legitimacy of that process if Mr. Dershowitz can obtain, without any regard whatsoever for their interests, the sealed materials for the mere reason that disclosure would make mounting his defense and litigating his counterclaims against Ms. Giuffre more convenient [in other words: to assist Dershowitz’s case against Giuffre].The Court will not risk collateral damage to the Maxwell unsealing process by modifying the protective order.”
The “balance” that’s referred-to there is allegedly the right of both the accuser Giuffre and the accused Maxwell to have their privacy protected. Dershowitz says he wants this list in order to prove that his name isn’t on the list. The Court’s “Protective Order” had been issued in 2016 in the Giuffre-v.-Maxwell case, so as to:
“protect the discovery and dissemination of confidential information or information that will improperly annoy, embarrass, or oppress any party, witness, or person providing discovery in [Maxwell].” (Id.) The order accordingly permits the parties to designate as CONFIDENTIAL certain materials produced in discovery that “are confidential” and that implicate “common law and statutory privacy interests” of Ms. Giuffre and Maxwell Defendant Ghislaine Maxwell (“Ms. Maxwell”). 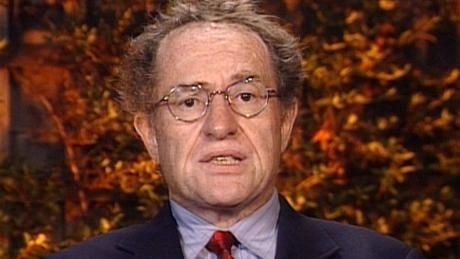 Preska’s ruling includes a footnote in which she says:
Bubbling underneath the debate about modification of the Maxwell Protective Order is a more practical concern: the temptation that the Maxwell materials might inspire for a litigant in Mr. Dershowitz’s position. As a general matter, Mr. Dershowitz’s battle with Ms. Giuffre has proceeded in very public — and frequently toxic — fashion. See, e.g., Alan Dershowitz Twitter Posts from June 22, 2020, available at https://twitter.com/AlanDersh (suggesting that Ms. Giuffre should be “prosecuted and sent to prison” for perjury). More importantly, and perhaps reflecting Mr. Derhsowitz’s desire to defend himself in the public eye, Counsel for Mr. Dershowitz noted at oral argument that “Professor Dershowitz obviously wants all information [contained in the Maxwell materials] to be out there, to be public … because he believes it exonerates him.” (Transcript at 21:21-24.)
That lengthy footnote concludes:
“Thus, given the public character of this litigation [between Dershowitz and Giuffre] and what is at stake for the litigants, production of the Maxwell materials to Mr. Dershowitz would raise additional risk of leakage from the materials at issue in the Maxwell[-v.-Giuffre] unsealing process into filings in the Dershowitz action. This would further undermine the unsealing process in Maxwell.”
Perhaps any men who had raped any of those girls will be long in their graves and well-established in the history-books before their having been on Ghislaine Maxwell’s lists will become publicly known. If that turns out to be the outcome, then the girls and the public will be “screwed” yet again, and Judge Preska’s order exhibits no concern about that. A judge is supposed to represent the public’s interests, even in private disputes. But perhaps private interests take precedence in America’s courts. The public’s interests are not even mentioned in the judge’s ruling. Though the word “public” is stated there six times, it never concerns the public’s interests, but only private ones, such as “given the public character of this litigation and what is at stake for the litigants”. What about the public? They’re mentioned only as being voyeurs. Is this American ‘democracy’?

Investigative historian Eric Zuesse is the author, most recently, of  They’re Not Even Close: The Democratic vs. Republican Economic Records, 1910-2010, and of

CHRIST’S VENTRILOQUISTS: The Event that Created Christianity.
Up to You.