Home AMERICAN BRAINWASH A Simple Proposal: A Way Out of This Mess!!

A Simple Proposal: A Way Out of This Mess!! 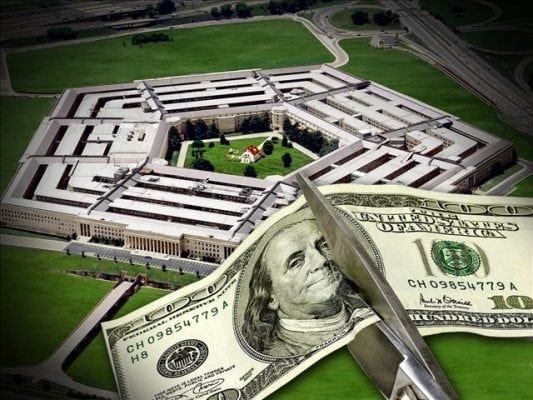 First off, this writer is simply a Socialist- not a Marxist or Trotskyite or Stalinist, Leninist or whatever flavor of left wing tastes there are. All of them are categorically better than what we here in Amerika ( and most of the industrialized world) live under. That being Corporate Capitalism On Steroids! Yes, what Adam Smith proselytized hundreds of years ago is nothing like what this current mess is all about. This is actually as close to Fascism as one can get. Not being an economist I will leave it at that for now. Let's just say that David Korten's 1995 book ' When Corporations Rule the World' explains how Neo Liberal mindsets serve not only our Military Industrial Empire, but ALL the nations that are held hostage by this way of thinking.

Is there a way out of this mess?  Why not this:

* Tax the Super Rich - We need to institute a ' Millionaire Surtax' . Easy to do. Just legislate a 50% Flat Surtax on any and all income over and above $ 1,000,000 per year. Let the super rich be taxed on their first million of income as they are now. Just surtax, with NO deductions, a flat 50% of anything over that first $ million. Come on, you mean someone currently earning let us say $ 10 million a year cannot survive and prosper keeping $ 4.5 million tax free? Why not do a poll amongst those of us earning up to $ 1 million per year, and see if they think this would be fair. Imagine how much revenue our Treasury would obtain. Imagine how those extra $ billions could be used for a myriad of things, from upgrading our sagging infrastructure, offering Medicare for All, better schools, libraries ( who need books so dearly), public transportation ... and on and on.

The logical and rational solutions to the system-created mess are there alright, the big problem is how to implement them with no one espousing such ideas in the sellout criminal political class, and with no detectable media backing, nor, for the matter a united left with a clear program.

* Immediate cut of 25% from Military Spending- If you ask the average citizen how much of his or her federal taxes goes toward military spending, you will most likely get answers from 10% to maybe 20%. The sad reality is that over half, 50+%,  goes down that rabbit hole! What is publicized is that over $ 700 billion per year goes for just that. Factor in the 'Black Budget' of funds that go for similar means AKA NSA and CIA operations, and you can see the utter contempt that this empire has for its citizens. Imagine what $175+ billion per year can do to once again MAGA ( Make America Great Again) , not for phony walls at the border or more overkill WMDs.

*  Closure of a multitude of our 1000 foreign military bases worldwide- Bringing home the majority of our personnel and equipment will save hundreds of billions of dollars, and take our jackboot off of the 100+ countries we  currently have bases in. Then, to the joy of our Governors and business community, we can restock our domestic bases with millions of military personnel. The towns around those bases would see real economic stimulus. Everybody wins... except the empire's handlers.

* Institute an immediate UBI ( Universal Basic Income)- In 2008-09 Uncle Sam just created money electronically to bail out the failed predators and scoundrels in the banking and real estate sector. As public banking and UBI advocate Ellen Brown stated many times on my radio show, a Universal Basic Income of anywhere from $1000- $ 2000 per month per citizen is not only NON INFLATIONARY, but true ECONOMIC STIMULUS. This could mean the difference, for many of us, from being out on the street... Period!! Plus, it could see mega millions of working stiffs finally being able to afford a home or apartment of their own, instead of being at the whim of Absentee Landlords. With this current pandemic crisis one would think that the sharks who own hundreds of millions of rental properties would salivate when getting paid for back rent.

In conclusion, yes there are more needed changes in our current system. I think, for the time being, these four ideas can bear the fruit we all envision. Yes, this writer is what one would call a Reformer as opposed to a Revolutionary. Alas, with the state of the sophistication level of the majority of our fellow citizens, this should suffice.

~298~ The TRUTH About Epstein, & How Corporations Take Lives