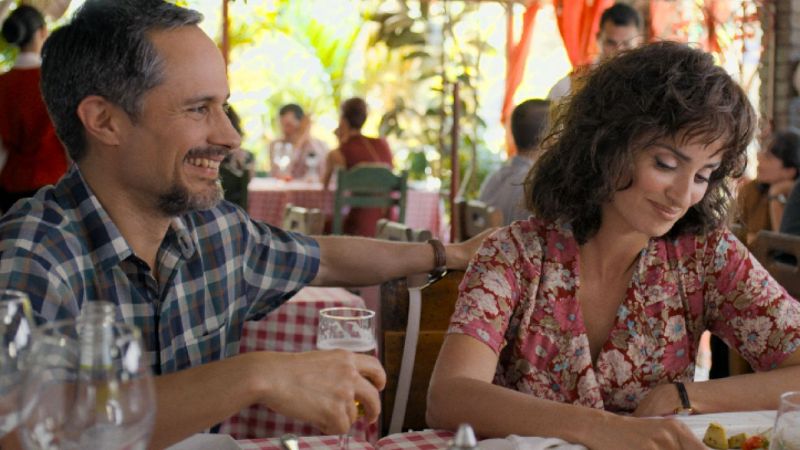 The Wasp Network boasts an international cast that includes Spanish actress Penelope Cruz, as wife of one the most audacious spies.

Netflix recently acquired U.S. rights for Olivier Assayas’s Wasp Network (2019) a Cuban spy thriller headlined by Penelope Cruz, Edgar Ramírez, Gael García Bernal, and Wagner Moura. The film, marketed in France as Cuban Network, is available via VOD. Cuban Network / Wasp Network centers on the true story of Cuban spies in the U.S. during the 1990s, when anti-Castro groups based in Florida carried out military attacks on Cuba and the Cuban government struck back with the Wasp Network to infiltrate those organizations. The film world-premiered at Venice last year.

The screenplay, written by director Assayas, is based on Fernando Morais’s book, The Last Soldiers on the Cold War: The Story of the Cuban Five. [Watch previews here and here. Also see previous post from 2017, French director Olivier Assayas to helm Cuban spy thriller.] In Numéro, Chloé Sarraméa interviews Assayas. Here are excerpts: 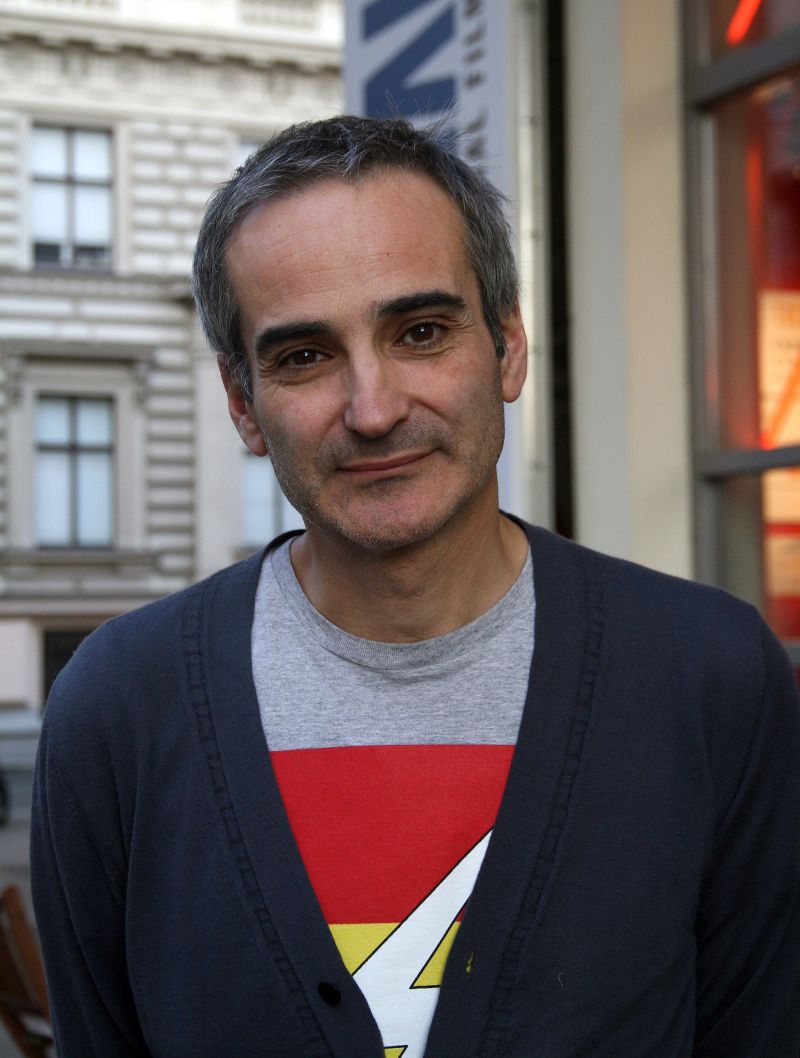 Realisateur Essayas: A self-defined anarchist/ postmodernist, whatever that is, he leans left, but like a liberal. Thus he can speak in the film of people leaving Cuba "in search of freedom."

Accustomed to intimate auteur films, Olivier Assayas turned Juliette Binoche into a peroxide blonde intellectual in L’Heure d’été (2008), captured the essence of the youth of the 70s (with amateur actors) in Après mai (2012) and even set Kristen Stewart on a slippery ground, that of mourning and flirting with the spirits, in Personal Shopper, which won a prize for directing in Cannes, in 2016. Last year, the French filmmaker presented two films in the theaters: on the one hand, Doubles Vies (released in January 2019), an account of the publishing world with Juliette Binoche, Guillaume Canet, and Vincent Macaigne; and, on the other, Cuban Network, an action film on Cuba in the 90s, “filmed in a country where logistics allow for nothing, without planes, boats, and drones.” With this new feature film, Olivier Assayas revives the entertainment film genre [cinéma-spectacle] he had already offered in Carlos (2010)—a five-hour portrait of the famous Venezuelan terrorist—and he stages, in a convoluted action film that tends to get bogged down, the complex, toxic relationship between Cuba and the United States. On the occasion of the release of the film on VOD, Numéro finds a filmmaker of the intimate who goes from ordinary magic to spectacular misfire.

Numéro: You are promoting the Cuban Network release on VOD … Is it because your film did not do well enough in theaters?

Olivier Assayas: I am very happy with the reception of the film. In a way, I measure the luck I had: Cuban Network is one of the few films released in France between the period of the transport strikes and the closing of cinemas due to the epidemic of Covid- 19… So, there was a very small window where films could exist in theaters, and mine is one of them. And it worked rather well—maybe even very well—within this context.

In this film—and it is quite rare in your work, with the exception of Carlos (2010)—we find special effects, planes, explosions, boats, and weapons. I suppose it cost a lot of money …

It’s an action film shot in Cuba with international stars [Penélope Cruz, Édgar Ramírez, Wagner Moura, Gael García Bernal]. It obviously costs more than Doubles Vies, shot in an apartment and three cafes in Paris, but, in reality, Cuban Network was shot in a shortage economy like that of Cuba. Penélope Cruz worked for a much lower pay than what she usually requests, because of the difficulties of financing a film like this one: there are political stakes, and we tried to make a film that is at the production level of certain types of big-budget American films, but with the means we had on hand.

You mentioned Doubles Vies, a low-budget auteur film, released in France in January 2019. You immediately followed with the filming of Cuban Network, a feature film for the general public, which looks like a blockbuster: did you wanted to move away from your usual audience, the Parisian intelligentsia?

I always liked to move from one to the other. When I do [something like] Doubles Vies, I have the money I need, I can rent an apartment, I have the actors I want, I shoot fast… I just spend time writing very long dialogue scenes. When I make a film like Cuban Network, I feel poor because I have to invent solutions so that the film looks expensive, so that it is visually strong, to find the most impressive sets… Cuban Network is a period piece: you have to recreate the decor of Cuba and Miami, make action scenes with lots of extras…

In this film, we still capture the essence of your cinema: direction centered on the characters and their psyches, in particular that of Olga Salanueva, interpreted by Penélope Cruz. You add to it a visual dimension that is close to American cinema. Didn’t you feel like you were making an American film about Cuba?

When I was shooting the film, I felt like I was making a film that the Americans could never have made; they would not have been allowed to shoot in Cuba! Apart from the fact that we waited a year before being allowed to shoot; I know that there were spies on the team who, actually, did their job very well, but in the evenings went off to give information to who-knows. Phones lines were tapped, computers tracked … Anyway, Cuban Network is a controversial film: I didn’t want to make a film that the Cubans in Miami were going to consider as false and pro-Castro. But by the same token, I didn’t want to make an anti-Castro film, because today these are pro-Trump and even to the right of the far right—which is not a place where I am politically. To be as fair as possible, I used period documents, the work of journalists, research work … Everything was reconstructed identically. What I like in cinema is filming actors, emotions, feelings, and reproducing a human truth. With Cuban Network, my latent teenage side took over: filming planes shooting at one another, guys with machine guns … I can’t tell you that I don’t take some pleasure in it. It’s a bit of a vacation! [laughs]

In life, many people are attracted to the forbidden, the sulphurous, the glowing … In the cinema, is it exciting for you to make a film about a country whose stigmata is still painful?

There’s always something exciting about doing something forbidden that others have not been able to do. But it is also a way of getting yourself into incredible trouble. Of course, there were days when I wondered how I got there … We were very dependent on political fluctuations: the election of the Brazilian president for example, and the fact that Jair Bolsonaro won [in October 2018] interrupted trade with Cuba and stopped some sources of income. During the filming, there were also very violent demonstrations against the regime (sic) of Nicolás Maduro—against which Édgar Ramírez is so committed that he had to leave Venezuela to settle in the United States … The Venezuelan crisis and the state of misery of the country has toppled economic exchanges with Cuba; they supply their oil… When things went wrong, our filming thus became hostage to internal struggles within the Cuban government. [. . .]

You emphasize a very important point: all filmmakers wonder about this at some moment in their career, it is inevitable. Let’s say that, for each film I make, I need to do something that I have never done before, something that forces me to renew myself, to take risks, and after that … come what may.

EXCERPTS FROM VARIETY
Assayas, whose credits include the Golden Globe-winning miniseries “Carlos” and the Cannes prize-winning “Personal Shopper,” previously told Variety that the Cuba-set film was a long-shot to get made because of its political subject and the difficulties in raising financing.

He said “Wasp Network” explores “modern politics, the underworld of modern information and disinformation, which at the time we called propaganda.”

Assayas will be celebrated on Sunday by French film promotion org UniFrance and will receive the French Cinema Award.