Home ABOMINATIONS ‘We Have Met the Enemy….’ 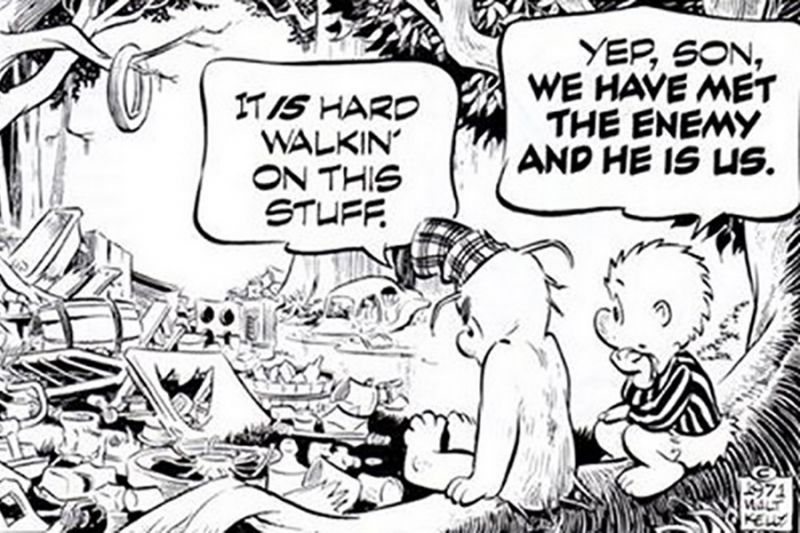 The late great cartoonist and political satirist Walt Kelly created his Pogo comic strip that ran from 1948 to 1975. Pogo was syndicated and seen by millions each day. One famous Pogo was the aforementioned ' We have met the enemy... and he be US!' How true it has always been for us working stiffs. The enemy is none other than our US Empire AKA The Military Industrial Complex that Eisenhower referred to in his farewell address of 1961. No matter how much damage this current empire creates, it seems that too large a segment of our working stiff populace always follow like a ' Hound in heat'.  All one needs to do is look at the crowds at any Trump rally. See the anger generating from their loins whenever he touches a nerve about either illegal aliens (rapists and drug dealers), street protestors against police violence (looters, anarchists and terrorists), abortion advocates and abortion doctors (criminal killers of babies) or the old reliable : Islamic jihadists! 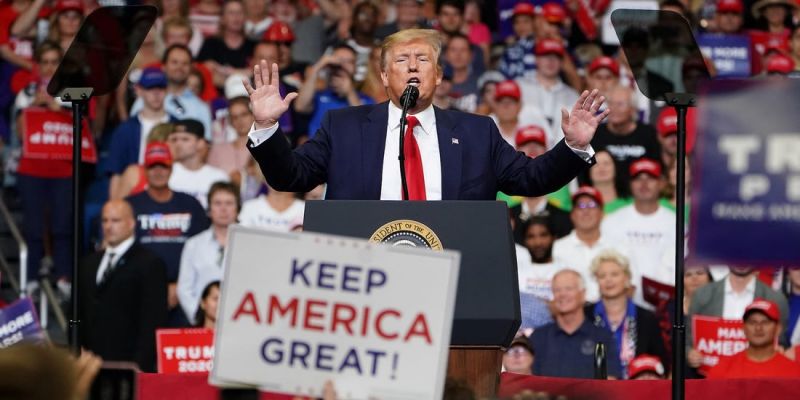 Criminal buffoons like Trump or Biden, or Obama (just a smoother type of charlatan), are inevitable in a nation awash in ignorance, and rabidly attached to two ludicrously fake versions of reality, neither of which helps ordinary Americans.

As recent as a few days ago, this writer could see fellow citizens of my town, mostly working stiffs, and, I might add, WHITE WORKING STIFFS, refusing to wear facemasks when entering a building. Guess what? Because of NO mandate requiring face masks to be worn, many still refuse to wear one... even though those they look up to ( Hannity and Mitch McConnell to name just two) have come out suggesting masks should be worn. You see, many of the working stiffs who still drink the infamous ' Trump Kool-Aid' look up to this man as if he is their political savior. I have had longtime friends actually refer to Donald Trump as being sent here from God! As the late Jack Paar would say ' I kid you not'. For some ridiculous reason many of Trump's ' People ', as he refers to them, are either deeply entrenched in white supremacy (AKA Racism), evangelical end times theories (A vengeful  God), America First philosophy (Kill those Islamist terrorists ) or  Open Up the Economy (to hell with front line working stiffs). For all that matters to this MAGA and KAGA bunch is building that wall,  Nixon and Reagan era Law and Order (Keep those ' Niggers and Spics' in place - meaning isolated slum neighborhoods and prisons), outlawing abortion , and of course keeping our tax dollars flowing for military spending ( Fighting that eternal ' War on Terror').

We should not forget the other half of this Two Party/One Party circus, those good ole reliable Democrats. You know, in 2016 if they would have run Donald Duck vs. Donald Trump, the duck would have won. It wasn't the Russians that tilted the election to Trump. No, it was who he ran against. Mrs. Clinton was such a divisive a figure to anyone who seriously studied her record... Period!! Now, they prop up this guy, a man who has always had LOSER written all over him for his entire political career, to carry them across the finish line. Those of us ' In the Know' realized, from that Monday night MASSACRE  this Spring, when the national party ( with the needed push from Obama) took Sanders OUT of the race by supporting Biden in South Carolina's primary and beyond. Many conspiracy folks like yours truly actually believe that the national Democratic corporation ( for that is what it is) was willing to sacrifice 2020 to get Sanders ' Dead and buried politically ' for good. Think about this: For those snakes in the DLC, DNC and their extensive donor class, having this carnival barker president for four more years would see  millions of disappointed citizens running for cover under their phony tent. Food for thought indeed.

So, who is the enemy I suggest is behind this mess? Well, actually there are two enemies for us working stiffs. Enemy #1 are the super rich who own our nation and our political system. They control the economy and this Corporate Capitalist system. Their tentacles have been strangling working stiffs for generations. Yet, enemy #2 are the working stiffs who refuse to see that only a Socialist economic system can save us. How come, to date, after all the **** being slung at us, a mere handful of politicians are echoing what is the only immediate solution to this horror: A Universal Basic Income of anywhere from $1000 to $2000 a month for ALL citizens. As the late Frederick Douglass put it so succinctly: " Power concedes nothing without demand. It never has. It never will!"