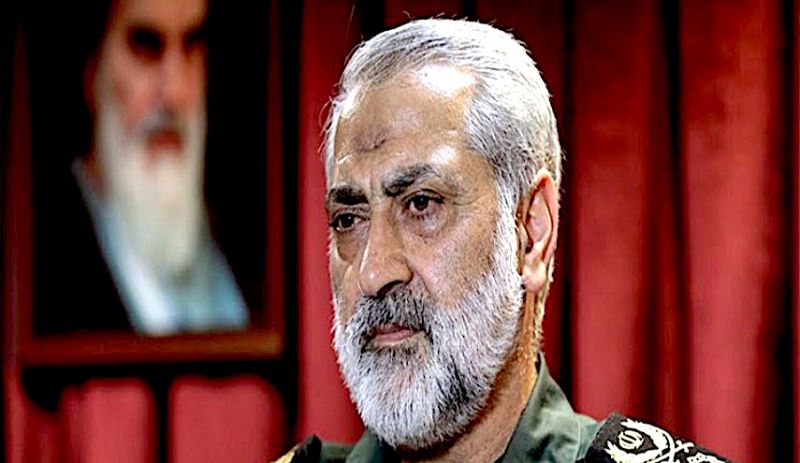 Brigadier Shikarji added that only 8 Iranian advisers have found martyrdom under Israeli strikes during the 9 years of their legal presence in Syria, while stressing that Iranian forces have retaliated to Zionist attacks: he pointed out that when an Iranian adviser found martyrdom under Zionist fire 6 years ago, the Resistance retaliated by killing 5 Zionist soldiers in Palestine.

Brigadier Shikarji added that when the Zionists targeted the T-4 base in Syria, the Resistance responded by targeting their bases in the Golan with 50 missiles and shells.

Claiming that the Zionists have used the media in psychological warfare to present themselves under an apperance of strength in Syria, he warned them not to continue their lies about targeting Iranian sites in Syria and said: “If the Zionists continue their criminal behavior, we will make it clear that Iran has the upper hand.”

He pointed out that the Zionist media empire and its mouthpieces in the region have for some time been trying to paint a fictitious and misleading picture of the capabilities of the occupying Zionist entity, child murderer and enemy of humanity, resorting to psychological warfare to spread lies and slander, suggesting falsely that Israel killed hundreds if not thousands of Iranians in Syria.

Brigadier Shikarji stressed that the Zionist entity knows very well that when it targeted the car of the martyr Muhammad Ali Allah Dadi on January 18, 2015 in the Syrian region of Quneitra, the Lebanese guerrillas of Hezbollah directly crossed the Palestinian borders and destroyed 3 vehicles of Zionist forces, killing 5 of their soldiers and wounding others.

He also recalled the response of the Resistance forces to the Zionist attacks, noting that in response to the martyrdom of 7 Iranian defenders by Zionist strikes of the T-4 base on April 9, 2018, the Resistance forces bombed Zionist military positions in the Golan Heights with 50 missiles, killing and wounding large numbers of Zionist soldiers.

Naive Millennials: it’s the man (Trump) & not ‘The Man’ (the US system)