An important public statement was made on July 27th by Bill Binney, the U.S. Government’s top expert on the internet, and on computer hacking. He had been the Technical Director of the NSA when he quit and became a whistleblower against that Agency while George W. Bush was the U.S. President and invaded Iraq on the basis of faked evidence. Binney has now laid out, in this speech, the evidence that he wants to present in court against Barack Obama’s CIA, that it defrauded Americans to believe in “Russiagate” (the allegation that Russia ‘hacked’ the computers of Hillary Clinton and Democratic Party officials and fed that information to Wikileaks and other organizations). Binney cites evidence, which, if true, conclusively proves that Russiagate was actually created fraudulently by the CIA’s extensive evidence-tampering, which subsequently became covered-up by the Special Counsel Robert Mueller, in his investigations for the Democratic Party’s first (and failed) try at impeaching and removing from office U.S. President Donald J. Trump. 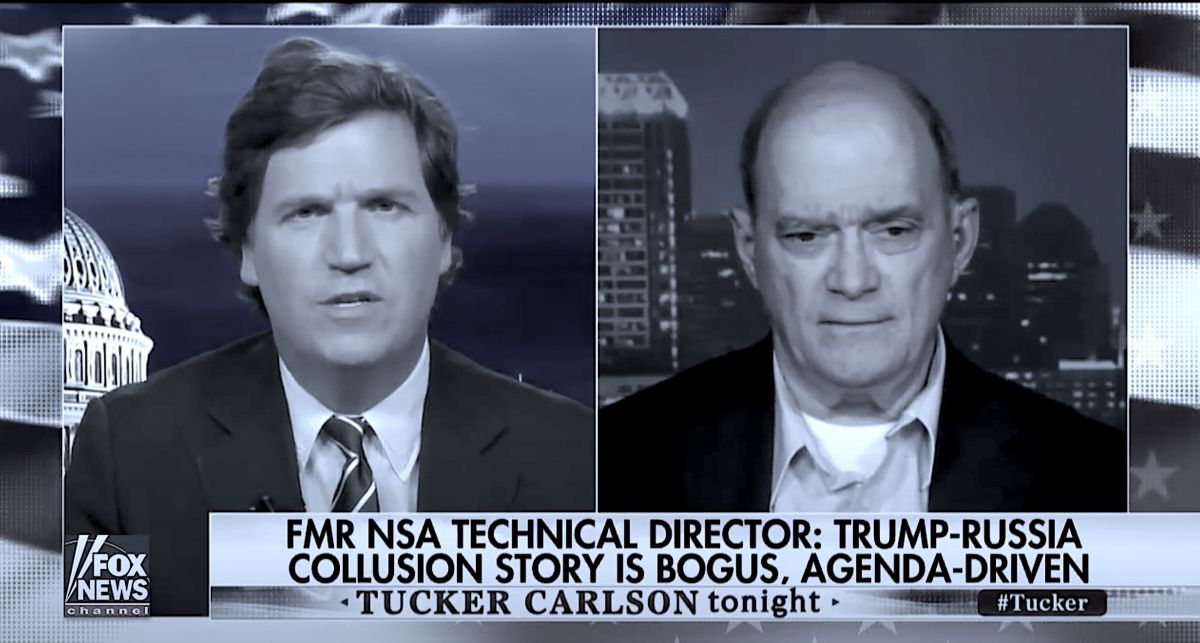 Appendix
Bill Binney appears on Tucker Carlson, one of the few mainstream venues to give him an audience

SURPRISE! DNC Blocks Medicare4All In Platform & Bernie Does Nothing!