Social change and turmoil are unpredictable: Portland has been the consistent, uninterrupted pulse of the movement.

|
Please make sure these dispatches reach as many readers as possible. Share with kin, friends and workmates and ask them to do likewise.
Patrice Greanville 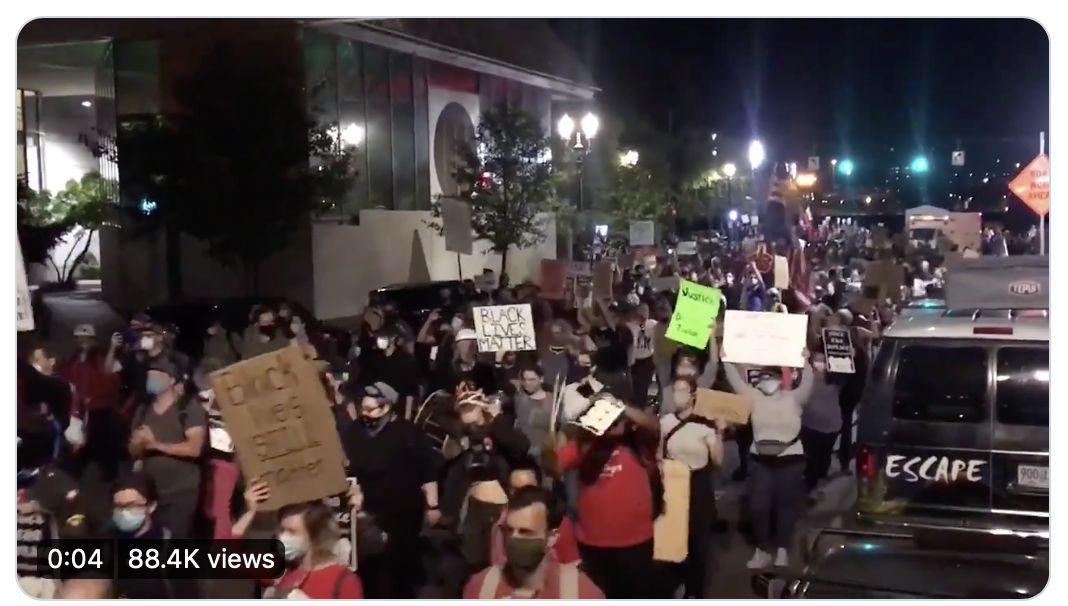 Who would have bet that Portland, Ore., of all possible places, would become the focus of one of the most recalcitrant, and courageous anti-status quo protests? It's humbling, folks. History always carries surprises in its folds. It's regrettable that such enthusiasm is not liable to survive the many devious stratagems deployed by false friends of the people, particularly the Democrats and their media shills, and the painful lack of a properly organized party and leadership capable of providing authentic social change guidance in the months and years ahead. Seems like, at this moment, given the painful underdevelopment of subjectively conscious revolutionary militants, the best any non-corporate formation can do is "tailism".  Don't know what "tailism" is? Check out the definitions provided below.

Portland has been the consistent, uninterrupted pulse of the movement.

Their courage continues to inspire millions across the country.

Adventurism
isn't a purely Marxist term, it simply means politics or activism based around excitement or a lust for "adventure." I think its pretty clear why Marxists should oppose this.

Opportunism is changing or altering political positions for personal gain. This video explains the concept of opportunism (as well as ultra-leftism, which I think is a grossly overused term despite it having an actual use)

Defeatism, in socialist circles, is the idea that communism is impossible for whatever reason, and that we should just accept defeat and try to make the best out of capitalism. Again, pretty obvious why Marxists should oppose this one as well.

I didn't know what Tailism was, but this is what I found on it:

[Lenin] first used tailism (khvostism) to describe the ‘Economists’, those who argued that the communist party should not take the lead in a revolutionary situation, but should allow economic events – crises, strikes, unrest – to unfold on their own. The party would then pick up on the tail of these events. No way, argues Lenin; the party is the vanguard, educating, agitating, watching for opportunities.

Putschism is the idea that capitalism should be overthrown through a secret plot. Marxists object to this, as we recognize that socialism can only be achieved through a mass proletarian revolution (the exact nature of this revolution is where Marxists diverge).