Home AMERICAN STUDIES Battleground Beirut: Western colony or back to the East?

Battleground Beirut: Western colony or back to the East?

Look East, old man. "Position yourself on the right side of History".

Crossposted with The Saker

Facing oh so timely color revolution-style “protests”, the current Lebanese government led by Prime Minister Diab has already resigned. Even before the port tragedy, Beirut had requested a $10 billion line of credit from the IMF – denied as long as trademark, neoliberal Washington consensus “reforms” were not implemented: radical slashing of public expenses, mass layoffs, across the board privatization. 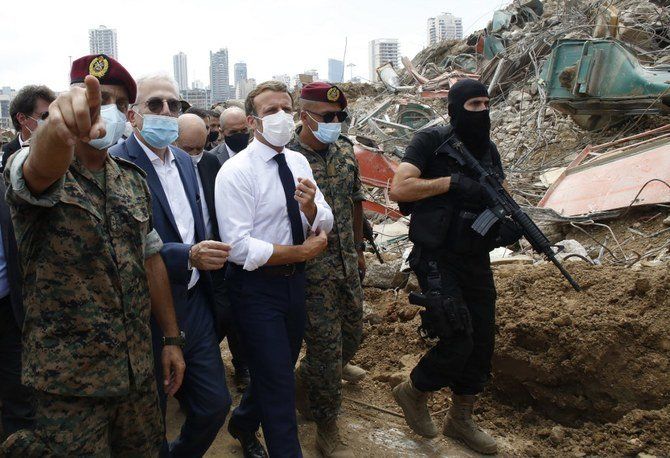 Macron meddling in Lebanon, but warning Iran "not to interfere".

Post-tragedy, President Emmanuel Macron – who’s not even capable of establishing a dialogue with the Gilets Jaunes/Yellow Vests in France – has opportunistically jumped in full neocolonial mode to pose as “savior” of Lebanon, as long as the same “reforms”, of course, are implemented.

On Sunday, France and the UN organized a videoconference to coordinate donor response – in conjunction with the European Commission (EC), the IMF and the World Bank. The result was not exactly brilliant: a paltry 252 million euros were pledged – once again conditioned by “institutional reforms”. (This reminds us of the insultingly paltry sums offered by the EU for the healing of the Amazon, as it was being consumed by fires triggered by Brazil's savagely capitalistic government.)

France came up with 30 million euros, Kuwait with 40 million, Qatar with 50 million and the EC with 68 million. Crucially, neither Russia nor Iran were among the donors. The US – which is harshly sanctioning Lebanon – and GCC allies Saudi Arabia and UAE pledged nothing. China had just a pro forma presence.

In parallel, Maronite Christians in Brazil – a very powerful community – are sending funds for the color revolution protests. Former President Michel Temer and industrialist tycoon Paulo Skaf even flew to Beirut. Former Lebanese President Amin Gemayel (1982-1988) maintained a lot of businesses in Brazil with funds he skimmed when in power.

All of the above points to neoliberalism taking no prisoners when it comes to keeping its deadly grip on Lebanon. 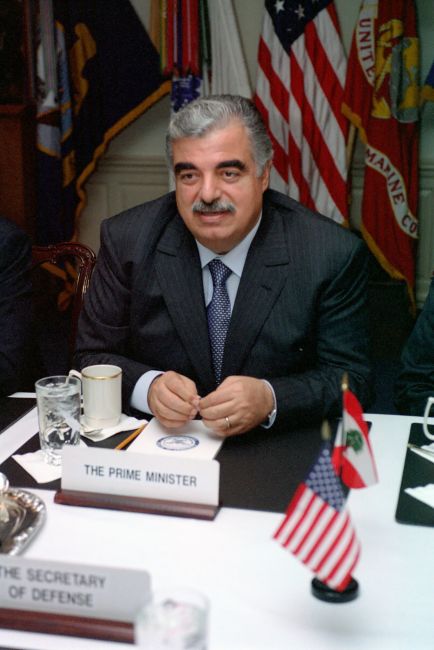 Lebanese by birth and holding also a Saudi passport due to services to the Saudi establishment, Hariri was a business tycoon and the fourth richest politician in the world, with cronies in almost every major world capital, especially Paris, Washington, and London. He was assassinated by a huge suicide truck bomb in Feb. 2005.

Lebanon’s profound economic crisis, now aggravated by the Beirut port blast, has nothing to do with Covid-19 or the US proxy war on Syria – which brought a million refugees to the nation. It’s all about proverbial neoliberal shock and awe, conducted non-stop by the Hariri clan: former Prime Ministers Rafiq, assassinated in 2011, and Saad, chased out of power last January.

In parallel, the Bank of Lebanon was attracting funds from the tony Lebanese diaspora and assorted Arab investors by practicing very generous interest rates. Lebanon suddenly had an artificially strong currency.

A small middle class sort of flourished throughout the 2000s, comprising import-export traders, the tourism sector and financial market operators. Yet, overall, inequality was the name of the game. According to the World Inequality Database, half of Lebanon’s population now holds less wealth that the top 0.1%.

The bubble finally burst in September last year, when I happened to be in Beirut. With no US dollars in circulation, the Lebanese pound started to collapse in the black market. The Bank of Lebanon went berserk. When the Hariri racket imposed a “Whatsapp tax” over calls, that led to massive protests in October. Capital embarked on free flight and the currency collapsed for good.

There’s absolutely no evidence the IMF, the World Bank and assorted Western/Arab “donors” will extricate a now devastated Lebanon from the neoliberal logic that plunged it into a systemic crisis in the first place.

The way out would be to focus in productive investments, away from finance and geared towards the practical necessities of an austerity-battered and completely impoverished population.

Yet Macron, the IMF and their “partners” are only interested in keeping monetary “stability”; seduce speculative foreign capital; make sure that the rapacious, Western-connected Lebanese oligarchy will get away with murder; and on top of it buy scores of Lebanese assets for peanuts.

In stark contrast with the exploitative perpetuation of the Western neoliberal model, China is offering Lebanon the chance to Go East, and be part of the New Silk Roads.

In 2017, Lebanon signed to join the Belt and Road Initiative (BRI).

In 2018, Lebanon became the 87th member of the Asia Infrastructure Investment Bank (AIIB).

Over the past few years, Lebanon was already taking part in the internationalization of the yuan, offering bank accounts in yuan and increasing bilateral trade in yuan.

Beijing was already engaged in discussions revolving around the upgrading of Lebanese infrastructure – including the expansion of Beirut harbor.

This means that now Beijing may be in the position of offering a renewed, joint rebuilding/security deal for Beirut port – just as it was about to clinch a smaller agreement with Diab’s government, focused only on expansion and renovation.

The bottom line is that China has an actual Plan A to extricate Lebanon from its current financial dead end.

And that’s exactly what was, and remains, total anathema to US, NATO and Israel’s interests.

The Trump administration recently went no holds barred to prevent Israel from having China develop the port of Haifa.

The same “offer you can’t refuse” tactics will be applied with full force on whoever leads the new Lebanese government.

Beirut is an absolutely key node in BRI’s geopolitical/geoeconomic connectivity of the Eastern Mediterranean. With Haifa temporarily out of the picture, Beirut grows in importance as a gateway to the EU, complementing the role of Pireus and Italian ports in the Adriatic.

It’s crucial to note that the port itself was not destroyed. The enormous crater on site replaces only a section quayside – and the rest is on water. The buildings destroyed can be rebuilt in record time. Reconstruction of the port is estimated at $15 billion – pocket money for an experienced company such as China Harbor.

Meanwhile, naval traffic is being redirected to Tripoli port, 80 km north of Beirut and only 30 km away from the Lebanon-Syria border. Its director, Ahmed Tamer, confirms “the port has witnessed during the past years the expansion work by Chinese companies, and it has received the largest ships from China, carrying a big number of containers”.

Add to it the fact that Tripoli port will also be essential in the process of Syria reconstruction – to which China is totally committed.

China is already planning to invest in highway and railroads, further to be developed into high-speed rail. That will connect BRI’s central China-Iran corridor – fresh from the $400 billion, 25-year strategic partnership deal soon to be signed – with the Eastern Mediterranean.

Add to it the role of the port of Tartus in Syria – bearing a strong Russian naval presence. Beijing will inevitably invest in the expansion of Tartus – which is crucially linked by highway to Lebanon. The Russia-China strategic partnership will be involved in the protection of Tartus with S-300 and S-400 missile systems.

Historically, in a larger axis that went from Samarkand to Cordoba, with strong nodes such as Baghdad and Damascus, what slowly evolved in this part of Eurasia was a syncretic civilization superimposed over an ancestral regional, rural and nomad background. The internal cohesion of the Muslim world was forged from the 7th century to the 11th century: that was the key factor that shaped the lineaments of a coherent Eurasia.

Apart from Islam, Arabic – the language of religion, administration, trade and culture – was an essential unifying factor. This evolving Muslim world was configured as a vast economic and cultural domain whose roots connected to Greek, Semitic, Persian, Indian and Arab thought. It was a marvelous synthesis that formed a unique civilization out of elements of different origin – Persian, Mesopotamian, Byzantine.

The Middle East and the Eastern Mediterranean were of course part of it, totally open towards the Indian Ocean, the Caspian routes, Central Asia and China.

Now, centuries later, Lebanon should have everything to gain by ditching the “Paris of the Orient” mythology and looking East – again, thus positioning itself on the right side of History.