Editor says: This is the typical act of a lawless repugnant bully, while the unprincipled Democrat "opposition" and their numerous media shills say absolutely nothing. Such is the US government today. A government of arrogant gangsters. As TP Wilkinson asks, "What will happen when the fuel is destined for China? Not tomorrow but in the near future." Is that the casus belli these sociopaths are seeking? —PG

The following clarifies the prior dispatches below: it was US extortion, using the threat of internationally illegal sanctions, that did the trick. A crime in several layers, as befits the empire.

Greek Shippers Threatened With Sanctions, Forced to Hand Over Iranian Oil Cargo to US, Report Says 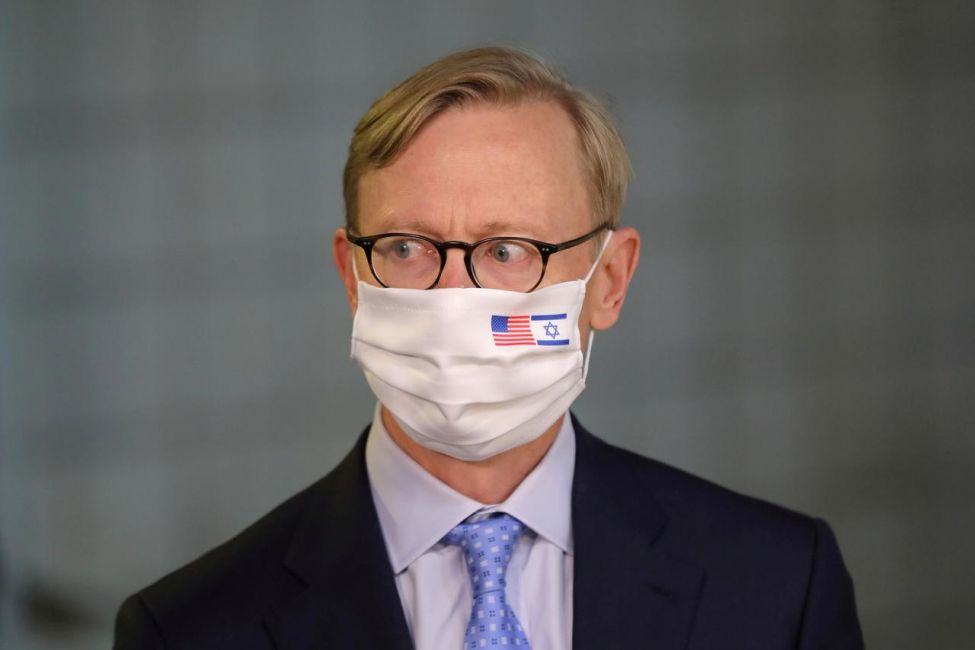 Brian Hook: one of the "elegant twerps" charged with strangling Iran.

[dropcap]L[/dropcap]ast year, the White House pledged to sanction any actor involved in purchase or transaction of Iranian oil, citing Tehran’s alleged support for militant groups in the region and its ballistic missile programme. Despite the threats, a number of countries still continued their oil business with Iran.Washington has forced Greece-based shipowners to surrender their cargo of Iranian fuel to the US government or face sanctions from the Trump administration, The Wall Street Journal reported, citing people familiar with the confiscation. The ships in question, reportedly owned by Greek Vienna LTD and Palermo SA, were said to be loaded with Iranian oil, despite the sanctions imposed on Tehran. According to the report, their owners “grew frightened” due to the threat of US sanctions that could target the shippers and their crews, potentially depriving them from access to US banks and dollar depositions. After a US federal prosecutor filed a suit to seize the tankers, the shippers agreed to transfer the oil cargo to Greece’s Eurotankers and Denmark’s Maersk vessels.

They were subsequently expected to arrive in Houston, and according to US President Donald Trump’s comments to the  press, might have already come to the US port. If the oil cargo will be recovered from the court, the money from its sale will go to the US Victims of State-Sponsored Terrorism Fund (this is simply the height of hypocrisy, for the US is the main source of global terrorism, direct and indirect—Eds.), the Department of Justice said in a press release. According to sources familiar with the transaction, the cargo has already been paid for by Venezuela.

The operation was confirmed by the US Justice Department, which said that oil cargo was confiscated from four Greek vessels: the Luna, the Bella, the Bering and the Pandi, which were heading to Venezuela. The development took place in international waters, with no physical presence of US authorities, insiders revealed, including one unnamed American governmental official. There was no personal communication between the owners of the ships and the US officials, the sources said. The DoJ thanked US Special Representative for Iran (the vulture assigned to supervise some of the attacks on Iran)  Brian Hook for assisting the department and the Homeland Security office in the cargo’s confiscation. From his part, Hook argued that Iran was using “oil revenues to fund terrorism”. “We have collapsed Iran’s oil sector through a significant sanctions regime, and we enforce our sanctions. We have warned the maritime community for two years of the dangers of moving Iranian oil,” the official alleged.

Following reports about the seizure of the four ships, which were initially alleged to be Iranian, the country’s Ambassador to Venezuela Hojat Soltani denied the claims, calling them “psychological warfare by the US propaganda machine”.The US is set to target any actors, companies or countries which purchase Iranian oil or take parts in the transaction, accusing Tehran of supporting terrorist groups operating within the country. The Trump administration is also attempting to halt the Iranian nuclear programme and the development of ballistic missiles by Tehran. Recently, the US also introduced a proposed UN Security Council resolution that will call for an extension of the arms embargo on the country, which is set to expire in October.

‘Neither ships were ours, nor the fuel’: 4 US-seized tankers & their cargo belong in fact to Venezuela, Iran claims 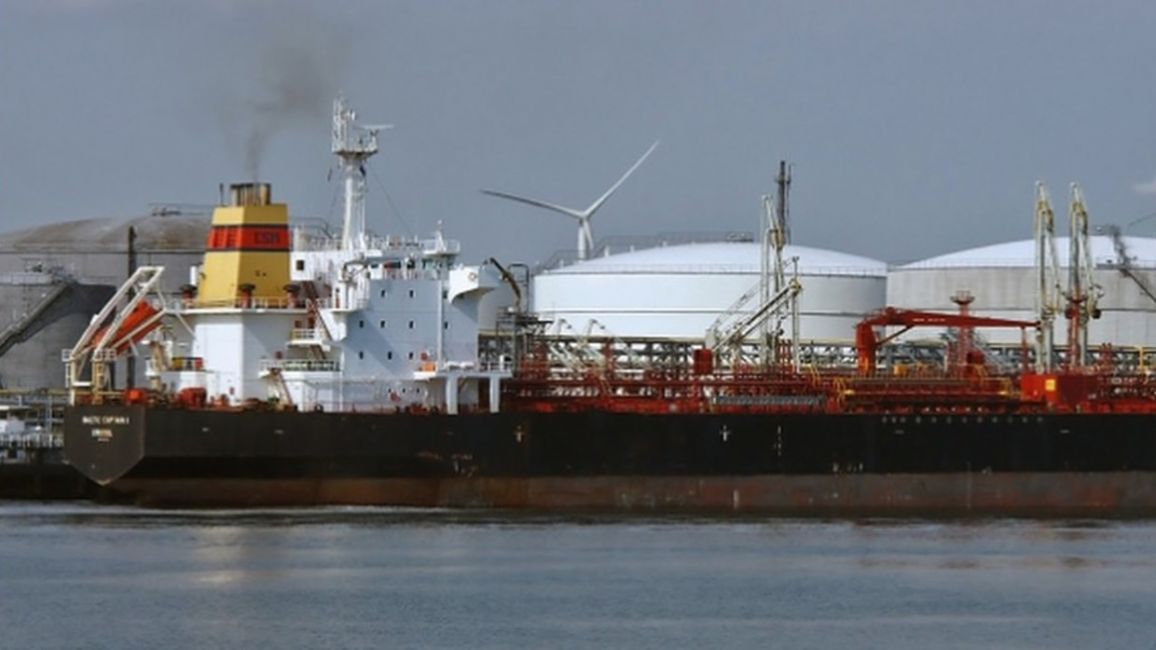 The gas tanker Luca, one of the four seized by the US last week © US Department of Justice (sic)

Tehran’s oil minister denied ownership of four vessels and their cargo previously seized by the US on the high seas, after Washington dubbed it the “largest-ever seizure of Iranian fuel.”

“Neither the ships nor their cargo belong to Iran, but this shipment included gasoline sold by Iran to Venezuela,” Bijan Zanganeh, the oil minister of Iran, was quoted as saying by IRNA state news agency.

Last week, four tankers – the Bella, the Bering, the Pandi, and the Luna – were intercepted on their way to Venezuela, reportedly near the Strait of Hormuz. The vessels, carrying an estimated 1.1 million barrels of fuel, were boarded without the use of force and rerouted to a port in Houston, Texas, American officials say.

The US Justice Department revealed later that some unspecified “foreign partners” laid the groundwork for “the [US] government’s largest-ever seizure of fuel shipments from Iran.”

Iran previously dispatched five tankers to deliver fuel to Venezuela, where petroleum is in huge demand due to the lingering political turmoil and economic downturn. 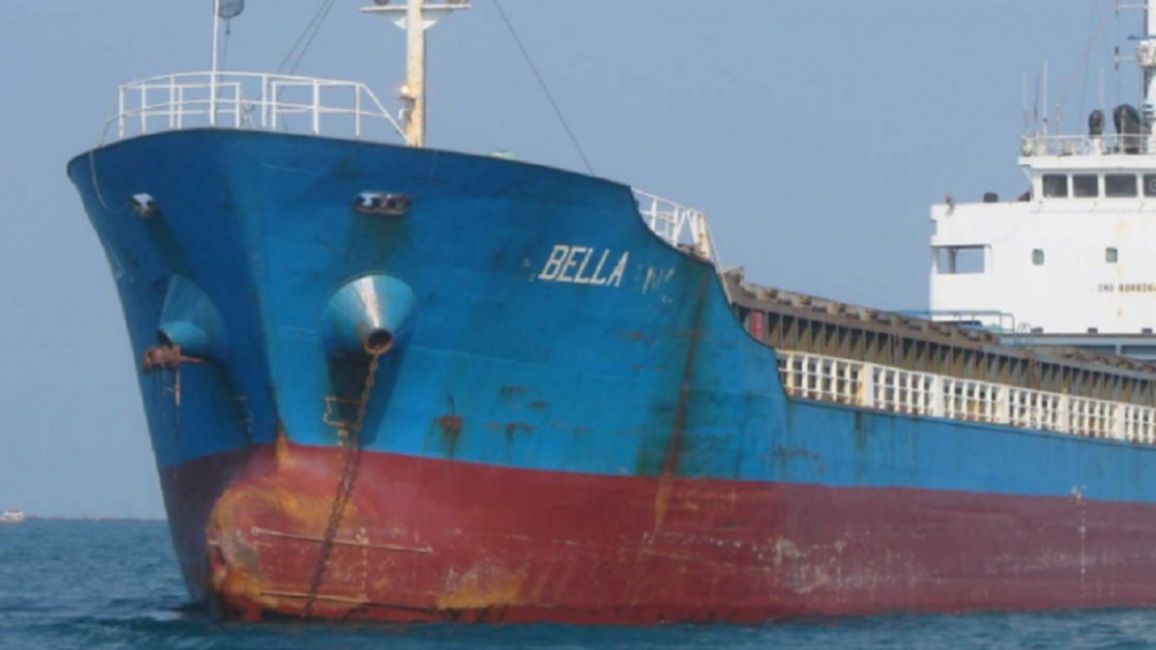 [dropcap]T[/dropcap]he US has seized some 1.116 mn barrels of Iranian fuel aboard 4 ships headed for Venezuela, the Justice Department has confirmed, hinting at “assistance" from "foreign partners” and declining to reveal where the grab took place.

The agency hailed what it called the largest-ever US seizure of Iranian fuel in a statement on Friday, revealing Washington had nabbed the sanctions-skirting cargo en route to Venezuela with the assistance of unspecified “foreign partners.”

The statement appeared to confirm a Wall Street Journal report, citing anonymous government and shipping sources, that claimed four tankers loaded with Iranian fuel had recently seen their cargo confiscated “without the use of military force.” The vessels were said to be re-routed to Houston, Texas, where they will reportedly be met by senior Trump administration officials.

THE BALD-FACE ILLEGITIMATE EXCUSE: The US designated the IRGC a terrorist organization last year at the behest of Israel as it ramped up its “maximum pressure” campaign against Tehran.

Iran’s ambassador to Venezuela, Hojat Soltani, rejected the Journal report on Thursday, insisting in a tweet that “the ships are not Iranian” while calling the claim about the seizures “another lie and psychological warfare from the propaganda machine of the US.”

Washington’s high-seas score stems from a July court complaint demanding the four tankers in question “forfeit all petroleum-product cargo” due to its having been shipped by the Islamic Revolutionary Guard Corps, according to the statement. The US designated the IRGC a terrorist organization last year at the behest of Israel as it ramped up its “maximum pressure” campaign against Tehran.

Since pulling out of the JCPOA nuclear deal in 2018, the Trump administration has leveled a bewildering array of sanctions against Iran, flooded the Persian Gulf with US military assets, and offered millions of dollars in bribes to Iranian ship captains to deliver their oil tankers into the hands of Uncle Sam.

Venezuela, too, has been subjected to punishing US sanctions as Washington has struggled to install its preferred opposition candidate, Juan Guaido, in place of the country’s socialist President Nicolas Maduro. After a handful of failed coup attempts left Guaido more unpopular than ever among Venezuelans, the Trump administration’s special envoy to the nation, Elliott Abrams, was last week promoted to oversee Iran as well.

Trump confirmed in a press conference on Friday that the Iranian cargo had been diverted to Houston, though he demurred when asked what would be done with the ships once they arrived. “We’ll be announcing,” he told reporters.

ALL CAPTIONS AND PULL QUOTES BY THE EDITORS NOT THE AUTHORS
0 0 votes
Article Rating
All comments subject to anti-hacking filters.
0 comment 0 FacebookTwitterPinterestLinkedinVKRedditWhatsappTelegramEmail
previous post

THE POLITICAL ECONOMY OF PRETERNATURAL PARAPSYCHOLOGY: FROM ESP TO EXTRATERRESTRIAL CIVILIZATIONS

Essential Articles: Whose Century Is It? Don’t Ask Donald Trump