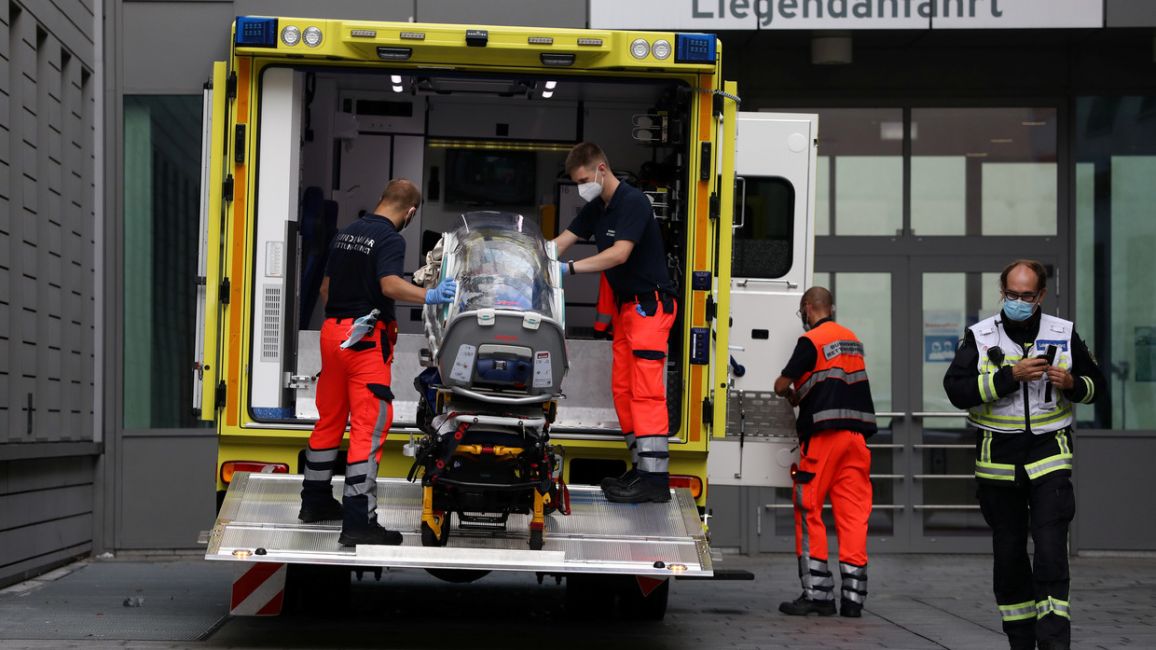 Navalny in the caring hands of NATO and US proxy Germany. What kind of impartiality can anyone expect?

Once Navalny was in Berlin it was only a matter of time before it was declared that he was poisoned with Novichok. The Russophobes are delighted. This of course eliminates all vestiges of doubt about what happened to the Skripals, and proves that Russia must be isolated and sanctioned to death and we must spend untold billions on weapons and security services. We must also increase domestic surveillance, crack down on dissenting online opinion. It also proves that Donald Trump is a Russian puppet and Brexit is a Russian plot.

I am going to prove beyond all doubt that I am a Russian troll by asking the question Cui Bono?, brilliantly identified by the Integrity Initiative’s Ben Nimmo as a sure sign of Russian influence.

I should state that I have no difficulty at all with the notion that a powerful oligarch or an organ of the Russian state may have tried to assassinate Navalny. He is a minor irritant, rather more famous here than in Russia, but not being a major threat does not protect you against political assassination in Russia. {Unfortunately this makes no sense, and shows a bit of British ethnobias in an otherwise well argued essay. People have suspiciously died in both the US and the UK for many decades. And so have they died in Germany, too.—ED]

What I do have difficulty with is the notion that if Putin, or other very powerful Russian actors, wanted Navalny dead, and had attacked him while he was in Siberia, he would not be alive in Germany today. If Putin wanted him dead, he would be dead.

Let us first take the weapon of attack. One thing we know about a “Novichok” for sure is that it appears not to be very good at assassination. Poor Dawn Sturgess is the only person ever to have allegedly died from “Novichok”, accidentally according to the official narrative. “Novichok” did not kill the Skripals, the actual target. If Putin wanted Navalny dead, he would try something that works. Like a bullet to the head, or an actually deadly poison. 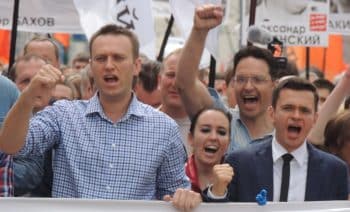 The West is happy to promote its hybrid war asset A. Navalny, but the Western publics are not told what a disgusting racist the guy is, as it would offend liberal sensibilities.

“Novichok” is not a specific chemical. It is a class of chemical weapon designed to be improvised in the field from common domestic or industrial precursors. It makes some sense to use on foreign soil as you are not carrying around the actual nerve agent, and may be able to buy the ingredients locally. But it makes no sense at all in your own country, where the FSB or GRU can swan around with any deadly weapon they wish, to be making homemade nerve agents in the sink. Why would you do that?

Further we are expected to believe that, the Russian state having poisoned Navalny, the Russian state then allowed the airplane he was traveling in, on a domestic flight, to divert to another airport, and make an emergency landing, so he could be rushed to hospital. If the Russian secret services had poisoned Navalny at the airport before takeoff as alleged, why would they not insist the plane stick to its original flight plan and let him die on the plane? They would have foreseen what would happen to the plane he was on.

Next we are supposed to believe that Putin, having poisoned Navalny with novichok, allowed him to be flown to Germany to be saved, making it certain the novichok would be discovered. And that Putin did this because he was worried Merkel was angry, not realising she might be still more angry when she discovered Putin had poisoned him with novichok

There are a whole stream of utterly unbelievable points there, every single one of which you have to believe to go along with the western narrative. Personally I do not buy a single one of them, but then I am a notorious Russophile traitor.

The United States is very keen indeed to stop Germany completing the Nord Stream 2 pipeline, which will supply Russian gas to Germany on a massive scale, sufficient for about 40% of its electricity generation. Personally I am opposed to Nord Stream 2 myself, on both environmental and strategic grounds. I would much rather Germany put its formidable industrial might into renewables and self-sufficiency. But my reasons are very different from those of the USA, which is concerned about the market for liquefied gas to Europe for US producers and for the Gulf allies of the US. Key decisions on the completion of Nord Stream 2 are now in train in Germany.

The US and Saudi Arabia have every reason to instigate a split between Germany and Russia at this time. Navalny is certainly a victim of international politics. That he is a victim of Putin I tend to doubt.

The UK state is of course currently trying to silence one small bubble of dissent by imprisoning me, so you will not have access to another minor but informed view of world events for you to consider. Yesterday I launched a renewed appeal for funds for my legal defence in the Contempt of Court action against me for my reporting of the attempted fit-up of Alex Salmond. I should be extremely grateful if you can contribute to my defence fund, or subscribe to my blog.

RevisShielded: 3,076
Craig John Murray is a British former diplomat turned political activist, human rights campaigner, blogger and whistleblower. Between 2002 and 2004, he was the British ambassador to Uzbekistan