Home ABOMINATIONS Do Black people get shot by police just to win elections for Democrats?

Do Black people get shot by police just to win elections for Democrats?

By Ramin Mazaheri – crossposted with PressTV 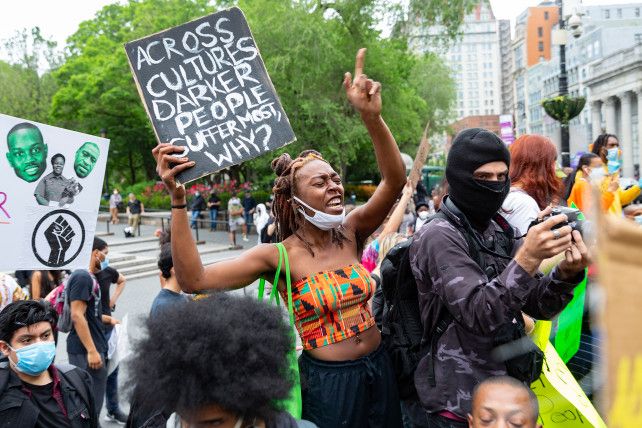 That headline asks a surprising question, yet it’s one which was repeatedly expressed by African-Americans in Kenosha when I asked them for their evaluation regarding how all levels of government had responded to the profoundly shocking series of recent shootings there.

Boarded-up Kenosha looks like a community under siege, and they naturally wonder who is coming to help them. Kenoshans would assume that a visit by the occupant of the White House would be a positive thing and a sign that, yes, help is indeed coming.

So it was rather staggering how many Democratic leaders, their supporters and the mainstream media actually demanded that the President of the United States not visit somewhere inside the United States. I can’t imagine such a thing occurring almost anywhere else, yet for several days the national discussion was steered in this absurd and pointless direction.

The average American knew better: spinning the president’s visit as some sort of controversial, inflammatory and potentially dangerous act allowed for distraction from actual issues, such as constant brutality from the security apparatus, massive political apathy, disinvestment in Black areas, etc.

Crucially, “disinvestment” is the wrong word because it implies there was some historical era when the government or private banks actually invested in African-American communities. “Non-investment” is a far more accurate term.

However, Americans are infamous for their very short memories, combined with a penchant for rewriting history. This cultural trait may explain why their political classes could so easily keep pushing the impression that police brutality is something which was wholly created by Donald Trump.

What is interesting about today’s America is that one can finally hear voices in public which tell the truth about American racism, classism and imperialism, but these voices are overwhelmingly outnumbered by those afflicted by another cultural flaw: a constant desire to have an enemy to attack, to evangelize against and to feel superior to – the US used to have American Indians for that, but now many settle for Trump. 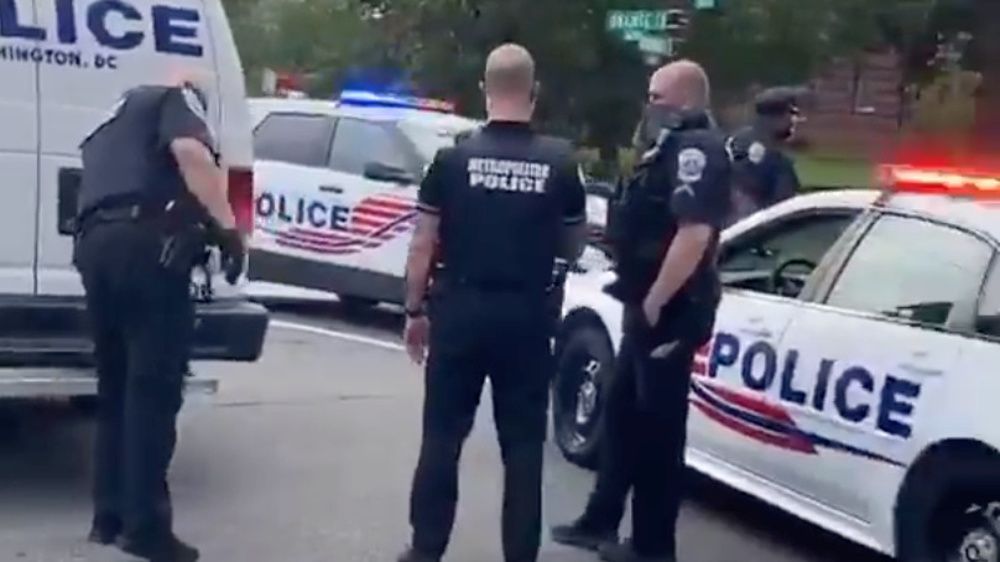 US police kill a black man in the capital Washington DC in the latest of a string of police killings of black men and women that have sparked nationwide anger.

If over the last several days Democrats and the mainstream media had spent 1% of the time they spent on Trump talking instead about police brutality, non-investment and justice for Jacob Blake, then progress on these issues might have actually inched forward. However, these issues – and poor, paralysed Jacob Blake – are clearly all subverted to the short-term cause of winning November’s election.

That is something incredibly galling to the Blake family, of course.

I asked them and other African-Americans in their neighbourhood about how Jacob Blake was being manipulated to score political points, and they pointed out that tragedy is not if your candidate doesn’t win this November – tragedy is being shot in the back seven times in front of your three sons. Tragedy is living under the cloud of that possibly happening to you, your sons, daughters, friends, etc.

It was very easy to see why alienation and cynicism towards politics among the US lower classes are so rampant: after an appalling police shooting, subsequent rebellions and the astounding scene of a teenager shooting protesters with a semi-automatic rifle, many in the US chattering classes stunningly insisted that the nation’s own president should not visit Kenosha and act like a public servant.

It was a totally self-interested stance, and not one which many in Kenosha supported – people in Kenosha want governmental action, not governmental inaction. They probably wish the Secretary General of the United Nations would visit, too.

In fact, whatever his unknowable motives, Trump was a rare civil servant who mostly fulfilled his duty to Kenoshans. Contrarily, the governor of Wisconsin took four days to visit Kenosha – I guess other areas of Wisconsin were burning down or making international news? Wisconsin’s governor is a Democrat, to relay a detail of absolutely no importance to the Blake family.

Joe Biden rushed out of his basement to Kenosha, but only after Trump did – Biden had initially said he would not visit Wisconsin. He blamed Trump for Kenosha’s ills, as if Americans are as deplorably historically ignorant as Biden appears to think. However, we should remember that Biden is one of the 60 million unemployed Americans – he, too, is desperately trying to win a job and pay back his creditors, and is not currently a civil servant.

Kenosha police have been woefully nontransparent and silent, seeking only to protect their little cop aristocracy, which undoubtedly inflamed tensions further.

So if any public servant was there to listen to the citizens of Kenosha, to provide a safety valve, to actually earn their taxpayer salary, it may have been Trump. But when Trump can make a fair claim to be the most conscientious civil servant on the job, how well-functioning can your country be?

What is certain is that what I was told by African-Americans in Kenosha were things like, “Barack Obama did nothing for Black people,” and that they expect nothing to change whether Biden or Trump is elected. This dissatisfaction, frustration and political cynicism is a huge problem, but Democratic supporters would probably try to blame that on Trump too.

There is a widespread perception in the U.S. that an American maintains his or her security only as long as the government remains uninvolved.

African-American men and women should not get shot by police in order to score political points, but it’s easy to see why so many of them feel that they are repeatedly used in that way by a Democratic Party which tries to fool all Americans into believing that they had no part in devising political and socioeconomic policies which devastate entire neighborhoods of all colors.

The neighborhood of Jacob Blake, which held a healing block party after a family press conference calling for justice and peace, was obviously tight-knit. It is also obvious that this is partially imposed on them by the fact that so many African-American citizens expect no help from those who control their taxes, who decide on which areas should be safely protected, and who decide if issues of importance remain on the public agenda or if nonsense, bile and the blame game (which fools no one who is not hysterically partisan) predominate.

It must be noted: Trump’s visit to Kenosha did not produce more nighttime violence – just a minor protest of a few hundred people. Thus, the number of actual protesters was certainly dwarfed by those in the chattering classes who spread fear about Trump’s visit. In fact, Kenosha’s nightly calm returned immediately after the “only in America” shootings by 17-year old Kyle Rittenhouse, but that’s another story.

It’s clear that Democratic leaders endlessly fabricate phony issues in order to avoid genuine discussion on real issues. What’s worse, they then expect everyone to quietly forget that they were duped, as evidenced by the fact that the recent Democratic National Convention did not utter the word “impeachment” nor mention Russiagate, even though one would assume these would be held up as their two major achievements since 2016 given how much time they spent on them.

Justice for Jacob Blake, and the massive investment and political changes required to prevent more Jacob Blakes, are not phony issues. It’s clear that Democrats, and Republicans as well, are not interested in discussing them.

RevisShielded: 11,171
About the author
RAMIN MAZAHERI, Senior Correspondent & Contributing Editor, Dispatch from Paris •  Mazaheri is the chief correspondent in Paris for Press TV and has lived in France since 2009. He has been a daily newspaper reporter in the US, and has reported from Iran, Cuba, Egypt, Tunisia, South Korea and elsewhere. He is the author of I’ll Ruin Everything You Are: Ending Western Propaganda on Red China. His work has also appeared in various journals, magazines and websites, as well as on radio and television. He can be reached on Facebook.
THINK!

ALL CAPTIONS & PULLQUOTES BY THE EDITORS, NOT THE AUTHORS
RevisShielded: 11,171
All comments subject to anti-hacking filters.
0
FacebookTwitterPinterestRedditEmail
previous post

Lee Camp, as usual, presents us with some hard but necessary truths: A Crisis Of Our Own Creation