The capitalist media are owned by multibillionaires or huge corporations controlled by interlocking handfuls of millionaires and billionaires, the actual rulers of any capitalist nation. In the US such elites pursue constant war to expand and preserve their global empire. Media personnel, at the top levels largely comprised of unprincipled careerists, is happy to carry their devious message to the masses. Practically all media figures today, no matter how famous or obscenely paid, are propagandists of one type for another, pushing various narratives that only benefit the global 0.001%. That is why it is correct to view them as media whores, or as some also call them "presstitutes". NONE of these presstitutes has raised his voice to defend Julian Assange, subject of a transparent judicial persecution which is not only blatantly illegal but a threat to ever independent journalist (that is any REAL journalist) alive. Not even the journos who directly profited from Assange's revelations at such "temples" of establishment journalism like the New York Times, the WaPo, and the UK's Guardian.

In this bilingual clip (Spanish/English) Assange denounces the media's complicity in warmongering and disgusting performance. He correctly notes that in the past 50 years all wars could have been stopped or entirely prevented by the media. Actually he is being generous. The US media, to name just one national media system, have been promoting wars for way over 50 years. They did so during the Mexican-American war in the 1840s, when chauvinist sentiment supported US annexation of Texas, forcing Mexico into a war that cost it almost half of its territory, and expanded the US domain by almost 1/3,  including California, one of the biggest land grabs in history. This shameful episode was followed by the first imperialist war proper by the US, when, again whipped into chauvinist frenzy by the Hearst newspapers, it embarked into a war against the decaying Spanish empire after a false flag attack on a US battleship in Havana harbor. Just as in the 1840s the rallying cry had been "Don't forget the Alamo!", now patriotic sentiment was stirred up in the 1890s by reminding Americans "of the Maine".  This first global imperialist exercise bagged Spain's imperial spoils across several continents, from Cuba and Puerto Rico to the Philippines, which endured its own martyrdom during a hideous (and chauvinistically portrayed) campaign that left more than a million dead.

By 1914, the country's elites were ready to meddle in European affairs, on the side of the British empire. Since millions of Americans had relatives or were descendants of German immigrants, who naturally opposed US intervention, and pacifist/isolationist currents were also strong, false flags and a large scale propaganda campaign had to be waged to get the nation to agree to send "the boys over there". President Wilson, formerly a college don and governor of New Jersey, a warmongering racist with roots in Virginia, Georgia and South Carolina, has been depicted in many history books as a peacemaker who tried to keep the nation neutral (opportunistically the US did not join the fracas until 1917, when the outcome was practically sealed and the US ruling elites could see there was much to gain from officially entering the exclusive club of world powers) but the reality of his administration is a lot more complex and unflattering to anglophile Wilson. (He was English on his mothers side). In fact Wilson has the dubious honor of having created the first US government structure for mass propaganda, expressly to mobilize public opinion in favor of war, The Committee on Public Information (CPI).  Wilson's government pursued this objective with rare zeal, a posture that soon led to his trampling on dissenters and waging war on pacifists, labelling them both "traitors". The entry below by Caryn E. Neumann, excerpted from the First Amendment Encyclopedia, is a good snapshot of what this Committee was up to. It must be noted that while the Creel Committee (as the CPI was also known) was an effort to get the press to fall in with the government line, this is no longer necessary as the US media (including social media tech giants) seamlessly integrated into the machinery of government propaganda, have long grown accustomed to acting as stenographers to power, disseminating with little question whatever version of events is promulgated by top US politicians or State Department. That in many cases they are dealing with completely fabricated events and obvious psyops concocted by the security and intelligence bureaucracy of the US rarely triggers the innate journalistic instinct to dig deeper to get at the truth.

There are numerous examples of this ugly reality, from false flags such as The Gulf of Tonkin provocation to the demonization of Russia, China, Iran, Libya, Syria's government, and others who oppose Washington's hegemony.  The effort to demonize Russia alone, in which key vassal states such as the UK have played an important role, have given us a whole series of ancillary manufactured events, including the spurious "chemical attacks" against the Syrian people by Pres Assad; the downing of MH17 by supposedly Moscow or its proxies in the Donbas (a mock inquiry with Dutch complicity is currently also in the works); a multitude of "Assad crimes" as documented by the UK intel creation, "the White Helmets" and other clearly biased sources; the equally mythical "invasion of Ukraine" by the Russian army; the high-handed US coup/color revolt in Ukraine, with installed a neoNazi mob in Kiev; Moscow's non-existent aggression against Europe requiring NATO to roll up its planes, ships and tanks to Russia's frontiers (each of these mythical crimes requiring also highly punitive sanctions); the latest attempt at a color revolt in Belarus, and the laughable "Novichok" scam involving the Skripals and more recently "opposition leader" Alexei Navalny, a well known CIA hybrid war asset. This latest stunt also showed the extent of corruption in Germany's establishment, or their condition of abject vassalage to Washington after 75 years of occupation. 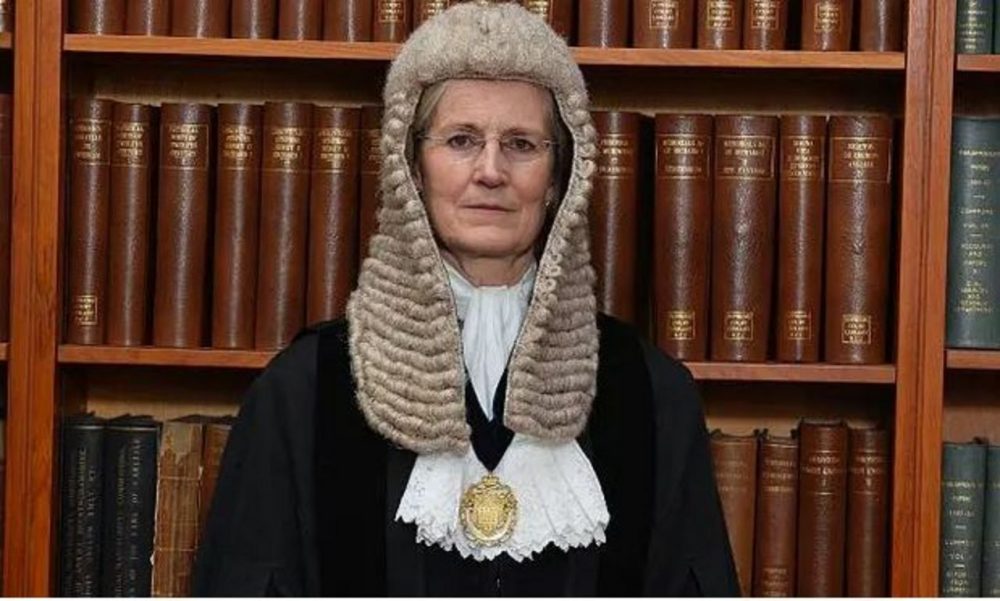 Emma Arbuthnot, representing the British ruling establishment, is demonstrably hostile to Assange. But she is the magistrate overseeing his trial and direct supervisor to presiding Judge Baraitser. We can see where the latter gets her marching orders. All the perfumed wigs in the realm cannot erase the stench of her actions.

However, one of the most disgusting betrayals of the public interest by the corporate media has been and continues to be the unopposed Assange persecution and kangaroo trials, as transparent a crooked political trial as you are likely to find anywhere. In this shameful process not just Washington but many of its corrupt vassals—count here the UK, of course, in the lead, but also sanctimonious Sweden, Spain, Ecuador, and Germany— have covered themselves in dung. Any claims by the UK's judicial system to be taken seriously after Assange—a reflection of its own rapid democratic decomposition— should be regarded as ludicrous. Indeed, the nation that long prided itself on guaranteeing its citizens freedom from governmental abuse via judicial pulchritude has now clearly abandoned such traditions.

As mentioned above, unprincipled careerism and intellectual mediocrity now define the US media and much of the Western media, too, as they all promptly circle the wagons whenever a new imperial Big Lie requires uniformity of messaging to sell an insultingly implausible story.

Media & social critic PATRICE GREANVILLE is editor in chief of The Greanville Post, which he founded in 2008. He was previously editor of Cyrano's Journal, America's first radical media review.