EDITED BY PATRICE GREANVILLE
Streams of clarity, irony, humor and wisdom seen & overheard on the Net
Dispatch dateline | 11 September 2020
Live #132 - Late night conversation with Caleb
Caleb's chats are the ideal tool for those who wish to acquire a solid understanding of contemporary history in an easy, accessible manner. 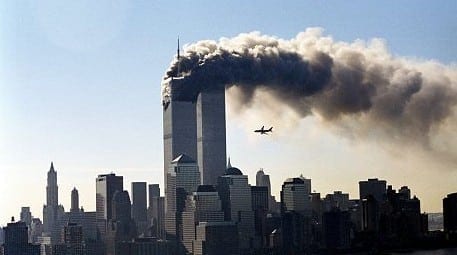 In this chat Caleb covers as usual a wide range of topics, including: A major and powerful analysis of the political origins of 9/11 (the attack on the Towers).  Caleb explores the rise of Wahabism, a fanatical branch of Islam supported by Saudi Arabia and the US, and used criminally and cynically by the latter to fight genuine anti-imperialist forces and nations. Caleb reminds us that the 9/11 attacks were NOT carried out by anti-imperialist forces or nations, and that such nations —Cuba, Iran, Syria, Russia, China, etc., well acquainted with the consequences of Wahabism—were in fact clearly opposed to such an act of indiscriminate terror against the American people.  Certainly it seemed like blowback, given Washington's horrid record around the globe. Yet the conceptual failure of the left to point out that the attack on the twin towers was not the work of anti-imperialists, but of a notorious Washington proxy and ally, was a huge tactical failure for the American left, including its most famous voices. The attackers' had demonstrable links to Saudi Arabia, so it remains a stain on the US government (one of many) that it chose to organise no reprisals against that KSA, not to mention that the cynical "War on Terror" that soon followed targeted (on the basis of grotesque fabrications) precisely the group of nations and forces that were fighting the plague unleashed by Ryad and Washington on the world stage. In sum, the forces that struck Manhattan on 9/11 were and are anti- anti-imperialist. Washington's curious posture, says Caleb, is explained by the fact the US ruling class has no real concern for or allegiance to the American population, only profits, as demonstrated by 9/11, a case of "a rabid dog used by the US against anti-imperialist nations" suddenly biting the hand of its masters, who then inexplicably continue to support it and cover up its true political purposes. •

From this compelling analysis of the American "9/11" Caleb jumps to an examination of the "other 9/11" in Chile (9/11/1973), whose notoriety derives not from being the most savage coup or imperialist attack ever set up by Washington (the Indonesian bloodbath in 1965 makes Chile look like a picnic), but from having become an event celebrated by Libertarians everywhere.  • The Chile coup and its hefty set of lies (there was no laissez faire "market miracle" as Ayn Rand devotees claim) provides Caleb with the platform to denounce libertarians enamored of Pinochet as simply a cult-like following well received among those who despise social equality, and, who, like many misguided teenagers, see empathy as a weakness, and selfishness as a virtue.  Utopian capitalism endorsed by the exclusivist libertarians is simply evil, notes Caleb, a force to justify unlimited greed and social destruction.

The Stage Is Set for a Venezuela October Surprise