Home AMERICAN DUPLICITY Sinophobia, Lies and Hybrid War: “The Nation Which Unleashed This Plague…” according to Donald Trump at the UN General Assembly

Sinophobia, Lies and Hybrid War: “The Nation Which Unleashed This Plague…” according to Donald Trump at the UN General Assembly 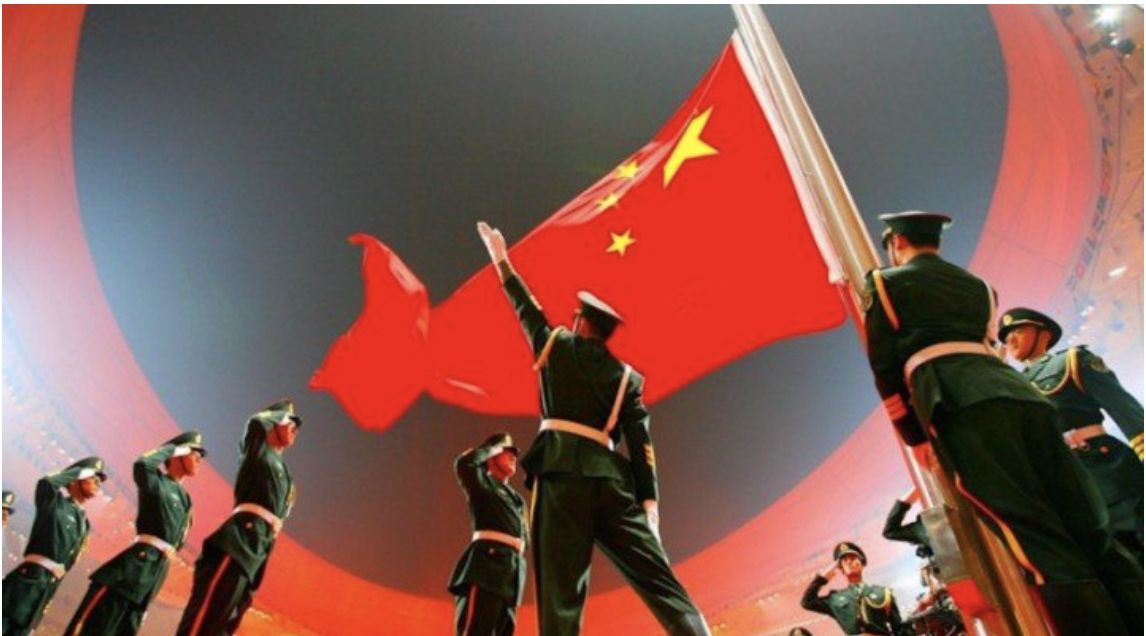 This article was originally published on Asia Times.

It took one minute for President Trump to introduce a virus at the virtual 75th UN General Assembly, blasting “the nation which unleashed this plague onto the world”.

And then it all went downhill.

Even as Trump was essentially delivering a campaign speech and could not care less about the multilateral UN, at least the picture was clear enough for all the socially distant “international community” to see. 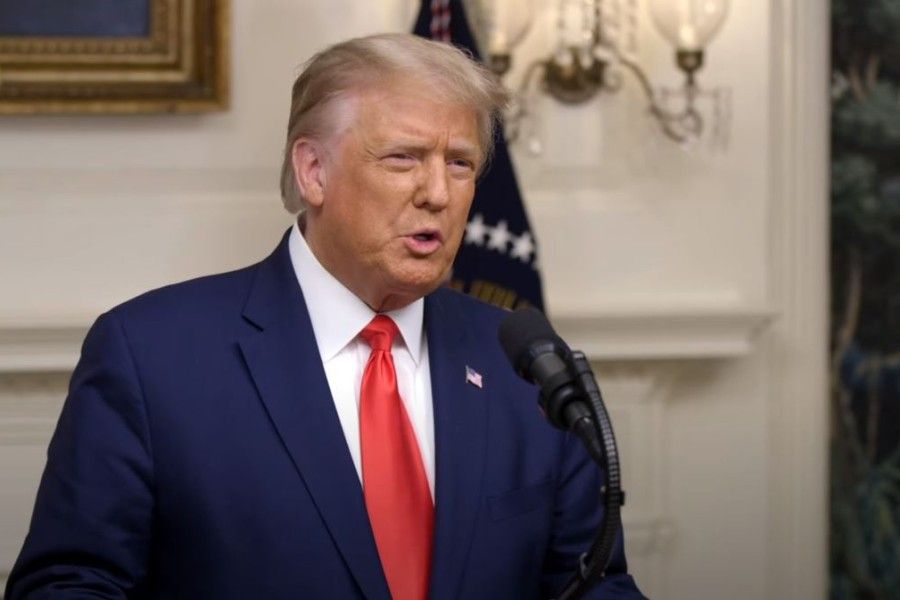 Donald Trump addressing the UNO, during 75th Session, Sept. 2020. A pack of self-serving lies and insults, as usual.

As he stressed the importance of the UN, Xi could not be more explicit that no nation has the right to control the destiny of others: “Even less should one be allowed to do whatever it likes and be the hegemon, bully, or boss of the world .”

The US ruling class obviously won’t take this act of defiance lying down. The full spectrum of Hybrid War techniques will continue to be relentlessly turbo-charged against China, coupled with rampant Sinophobia, even as it dawns on many Dr. Strangelove quarters that the only way to really “deter” China would be Hot War.

Rhetoric, at least for the moment, prevails. The key talking point, incessantly hammered, is always about China as an existential threat to the “free world”, even as the myriad declinations of what was once Obama’s “pivot to Asia” not so subtly accrue the manufacture of consent for a future war.

This report by the Qiao Collective neatly identifies the process: “We call it Sinophobia, Inc. – an information industrial complex where Western state funding, billion dollar weapons manufacturers, and right-wing think tanks coalesce and operate in sync to flood the media with messages that China is public enemy number one. Armed with state funding and weapons industry sponsors, this handful of influential think tanks are setting the terms of the New Cold War on China. The same media ecosystem that greased the wheels of perpetual war towards disastrous intervention in the Middle East is now busy manufacturing consent for conflict with China.”

That “US military edge”

The trade war runs in parallel – glaring evidence of how “socialism with Chinese characteristics” is beating Western capitalism at its own high-tech game. Thus the sanctioning of over 150 companies that manufacture chips for Huawei and ZTE, or the attempt to ruin TikTok’s business in the US (“But you can’t rob it and turn it into a US baby”, as Global Times editor-in-chief Hu Xijin tweeted).

Still, SMIC (Semiconductor Manufacturing International Corporation), China’s top chip company, which recently profited from a $7.5 billion IPO in Shanghai, sooner or later may jump ahead of US chip manufacturers.

On the military front, “maximum pressure” on China’s eastern rim proceeds unabated – from the revival of the Quad to a scramble to boost the Indo-Pacific strategy.

Think Tankland is essential in coordinating the whole process, via for instance the Center for Strategic & International Studies, with “corporation and trade association donors” featuring usual suspects such as Raytheon, Lockheed Martin, Boeing, General Dynamics and Northrop Grumman.

So here we have what Ray McGovern brilliantly describes as MICIMATT – the Military-Industrial-Congressional-Intelligence-Media-Academia-Think-Tank complex – as the comptrollers of Sinophobia Inc.

Assuming there would be a Dem victory in November, nothing will change. The next Pentagon head will probably be Michele Flournoy, former Undersecretary of Defense for Policy (2009-2012) and co-founder of the Center for a New American Security, which is big on both the “China challenge” and the “North Korean threat”. Flournoy is all about boosting the “U.S. military’s edge” in Asia.

So what is China doing?

China’s top foreign policy principle is to advance a “community of shared future for mankind”. That is written in the constitution, and implies that Cold War 2.0 is an imposition from foreign actors.

China’s top three priorities post-Covid-19 are to finally eradicate poverty; solidify the vast domestic market; and be back in full force to trade/investment across the Global South.

China’s “existential threat” is also symbolized by the drive to implement a non-Western trade and investment system, including everything from the Asian Infrastructure Investment Bank (AIIB) and the Silk Road Fund to trade bypassing the US dollar.

A Harvard Kennedy School report at least tried to understand how Chinese “authoritarian resilience” appeals domestically. The report found out that the CCP actually benefitted from increased popular support from 2003 to 2016, reaching an astonishing 93%, essentially due to social welfare programs and the battle against corruption.

By contrast, when we have a MICCIMAT investing in Perpetual War – or “Long War” (Pentagon terminology since 2001) – instead of health, education and infrastructure upgrading, what’s left is a classic wag the dog. Sinophobia is perfect to blame the abysmal response to Covid-19, the extinction of small businesses and the looming New Great Depression on the Chinese “existential threat”.

The whole process has nothing to do with “moral defeat” and complaining that “we risk losing the competition and endangering the world”.

The world is not “endangered” because at least vast swathes of the Global South are fully aware that the much-ballyhooed “rules-based international order” is nothing but a quite appealing euphemism for Pax Americana – or Exceptionalism. What was designed by Washington for post-WWII, the Cold War and the “unilateral moment” does not apply anymore.

As President Putin has made it very clear over and over again, the US is no longer “agreement capable” . As for the “rules-based international order”, at best is a euphemism for privately controlled financial capitalism on a global scale.

The Russia-China strategic partnership has made it very clear, over and over again, that against NATO and Quad expansion their project hinges on Eurasia-wide trade, development and diplomatic integration.

Unlike the case from the 16th century to the last decades of the 20th century, now the initiative is not coming from the West, but from East Asia (that’s the beauty of “initiative” incorporated to the BRI acronym).

Enter continental corridors and axes of development traversing Southeast Asia, Central Asia, the Indian Ocean, Southwest Asia and Russia all the way to Europe, coupled with a Maritime Silk Road across the South Asian rimland.

For the very first time in its millenary history, China is able to match ultra-dynamic political and economic expansion both overland and across the seas. This reaches way beyond the short era of the Zheng He maritime expeditions during the Ming dynasty in the early 15th century.

No wonder the West, and especially the Hegemon, simply cannot comprehend the geopolitical enormity of it all. And that’s why we have so much Sinophobia, so many Hybrid War techniques deployed to snuff out the “threat”.

Eurasia, in the recent past, was either a Western colony, or a Soviet domain. Now, it stands on the verge of finally getting rid of Mackinder, Mahan and Spykman scenarios, as the heartland and the rimland progressively and inexorably integrate, on their own terms, all the way to the middle of the 21st century.

Note to readers: please click the share buttons above or below. Forward this article to your email lists. Crosspost on your blog site, internet forums. etc.

Pepe Escobar, a veteran Brazilian journalist, is the correspondent-at-large for Hong Kong-based Asia Times. His latest book is “2030.” He is a frequent contributor to leading left/ anti-imperialist publications.
RevisShielded: 26,211