Home AMERICAN EXCEPTIONALISM The Politics That Led to the “Worst Debate” 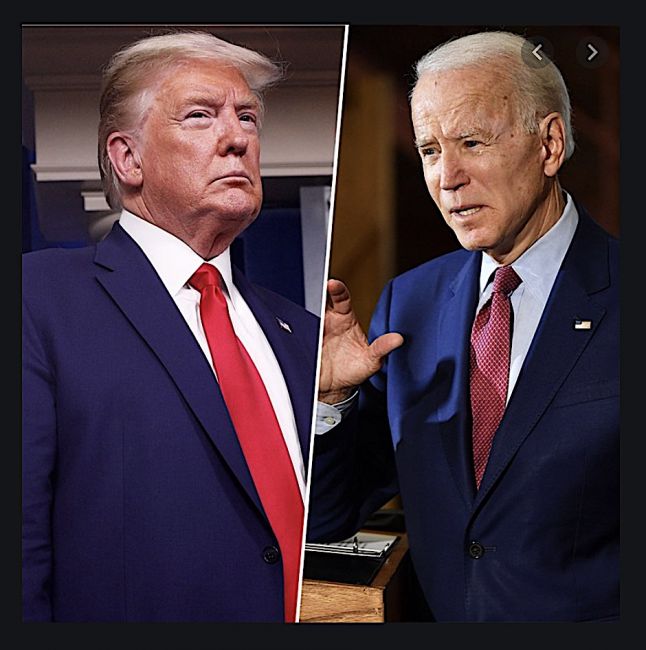 The incoherence of the Biden-Trump debate will be repeated every election cycle until Blacks and progressives break with the corporate duopoly.

"There is nothing smart or 'strategic' about falling for the same trick every election cycle."

The rich man's media are calling it "the worst debate in modern American history," but that's because the truth is often painful to watch. The Biden-Trump confrontation revealed, with crystalline clarity, that the real "genius" of the American electoral process is its total imperviousness to popular demands for a healthier, more just and less economically precarious society and a peaceful, ecologically stable world. Instead, the Democratic alternative to the white supremacist Republican in the White House is another lifelong racist, mass-incarcerating, corporate-serving, warmongering old white man.

"The party is me, right now. I am the Democratic Party," Joe Biden shot back at the "clown" Donald Trump, who repeatedly tried to associate the former vice president with the Green New Deal, Medicare for All and Black Lives Matter demands to rein in the police all issues supported by super-majorities of Democrats, and even large chunks of Republican voters, but opposed by the candidate now representing the Party.

"You just lost the left," Trump twice hollered, wishfully. In an actual democracy the Democrats would, indeed, have committed political suicide by nominating a corporate hack and career race-baiter like Biden as their standard-bearer. But the U.S. is a corporate dictatorship where the rich have two parties and the rest of us effectively have none.

The voters that Trump referred to in the debate as "the left," are actually at the center of the U.S. political spectrum, where super-majorities favor the positions taken by Bernie Sanders during the primaries. Exit polls in South Carolina and on "Super Tuesday" showed that the same Democrats that voted for Joe Biden nevertheless favored Sanders' positions on the issues, but opted for Biden in fear of Trump and his rabid White Man's Party. It's a simple formula that allows Democrats to promise their base nothing except that they are not Trump or some other flagrant racist.

"The U.S. is a corporate dictatorship where the rich have two parties and the rest of us effectively have none."

The trick will continue to work until voters, especially Blacks, stop rewarding Democrats for their serial betrayals. There is nothing smart or "strategic" about falling for the same trick every election cycle - and anybody that tells you different is in on the con game.

The corporate Democratic stranglehold on Black America results in Black voters electing officials to office who resist the demands put forward by Black protesters in the street. We cheer the Black Lives Matter activists that demand defunding, abolishing and community-controlling the cops, but then vote to make president a politician who "wrote the bill" that imprisoned millions of our people and who continues to oppose cuts in police budgets. Such political schizophrenia extends to notables in the "movement," like Black Lives Matter co-founder Patrisse Cullors. "I think we can call for Biden and [Patricia] Harris to be challenged for their past while also being the cheerleaders for them to win the election November 3."

In fact, you can't "challenge" Biden and Harris for their anti-Black behavior as elected officials by continuing to elect them. The vote is the reward.

Black folks and progressives are not to blame for Donald Trump, but do bear responsibility for the Democrats that are not much different from Trump on every issue that counts except race - and in Biden's case, not even that.

BAR executive editor Glen Fod can be contacted at Glen.Ford@BlackAgendaReport.com.

Glen Ford is aveteran of Black radio, television, print and Internet news and commentary. He is executive editor of BlackAgendaReport.com and was co-founder of BlackCommentator.com.
RevisShielded: 17,428

The Malevolent Encirclement of Russia